Chapter 1. What is Chemistry

Chemistry as a Science

Chemistry is a branch of science. Although science itself is difficult to define exactly, the following definition can serve as starting point. Science is the process of knowing about the natural universe through observation and experiment. Science is not the only process of knowing (e.g., the ancient Greeks simply sat and thought), but it has evolved over more than 350 years into the best process that humanity has devised to date to learn about the universe around us.

The process of science is usually stated as the scientific method, which is rather naïvely described as follows: (1) state a hypothesis, (2) test the hypothesis, and (3) refine the hypothesis. Actually, however, the process is not that simple. (For example, I don’t go into my lab every day and exclaim, “I am going to state a hypothesis today and spend the day testing it!”) The process is not that simple because science and scientists have a body of knowledge that has already been identified as coming from the highest level of understanding, and most scientists build from that body of knowledge.

Most good hypotheses are grounded in previously understood knowledge and represent a testable extension of that knowledge. The scientist then devises ways to test if that guess is or is not correct. That is, the scientist plans experiments. Experiments are tests of the natural universe to see if a guess (hypothesis) is correct. An experiment to test our previous hypothesis would be to actually mix hydrogen and oxygen and see what happens. Most experiments include observations of small, well-defined parts of the natural universe designed to see results of the experiments.

Why do we have to do experiments? Why do we have to test? Because the natural universe is not always so obvious, experiments are necessary. For example, it is fairly obvious that if you drop an object from a height, it will fall. Several hundred years ago (coincidentally, near the inception of modern science), the concept of gravity explained that test. However, is it obvious that the entire natural universe is composed of only about 115 fundamental chemical building blocks called elements? This wouldn’t seem true if you looked at the world around you and saw all the different forms matter can take. In fact, the concept of the element is only about 200 years old, and the last naturally occurring element was identified about 80 years ago. It took decades of tests and millions of experiments to establish what the elements actually are. These are just two examples; a myriad of such examples exists in chemistry and science in general.

When enough evidence has been collected to establish a general principle of how the natural universe works, the evidence is summarized in a theory. A theory is a general statement that explains a large number of observations. “All matter is composed of atoms” is a general statement, a theory, that explains many observations in chemistry. A theory is a very powerful statement in science. There are many statements referred to as “the theory of _______” or the “______ theory” in science (where the blanks represent a word or concept). When written in this way, theories indicate that science has an overwhelming amount of evidence of its correctness. We will see several theories in the course of this text.

A specific statement that is thought to be never violated by the entire natural universe is called a law. A scientific law is the highest understanding of the natural universe that science has and is thought to be inviolate. For example, the fact that all matter attracts all other matter—the law of gravitation—is one such law. Note that the terms theory and law used in science have slightly different meanings from those in common usage; theory is often used to mean hypothesis (“I have a theory…”), whereas a law is an arbitrary limitation that can be broken but with potential consequences (such as speed limits). Here again, science uses these terms differently, and it is important to apply their proper definitions when you use these words in science.

Of course, there are other things that concern us. For example, is the English language part of science? Most of us can easily answer no; English is not science. English is certainly worth knowing (at least for people in predominantly English-speaking countries), but why isn’t it science? English, or any human language, isn’t science because ultimately it is contrived; it is made up. Think of it: the word spelled b-l-u-e represents a certain color, and we all agree what color that is. But what if we used the word h-a-r-d-n-r-f to describe that color? (See Figure 1.9 “English Is Not Science”.) That would be fine—as long as everyone agreed. Anyone who has learned a second language must initially wonder why a certain word is used to describe a certain concept; ultimately, the speakers of that language agreed that a particular word would represent a particular concept. It was contrived.

Figure 1.9 English Is Not Science 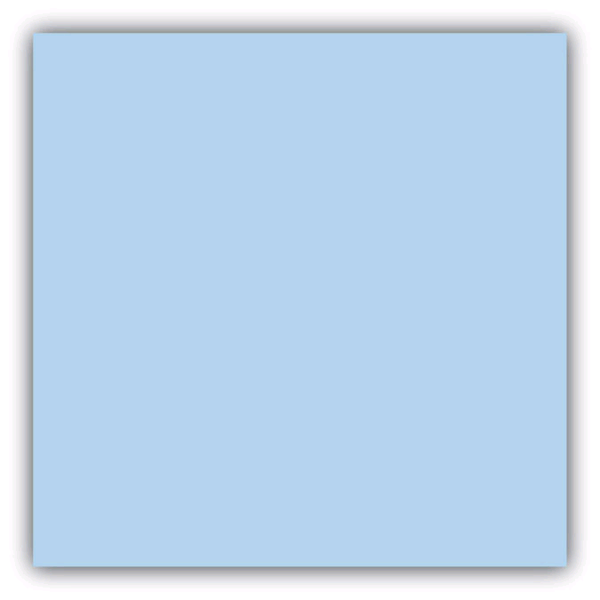 How would you describe this color? Blue or hardnrf? Either way, you’re not doing science.

That doesn’t mean language isn’t worth knowing. It is very important in society. But it’s not science. Science deals only with what occurs naturally.

Which of the following fields would be considered science?

Which is part of science, and which is not?

The field of science has gotten so big that it is common to separate it into more specific fields. First, there is mathematics, the language of science. All scientific fields use mathematics to express themselves—some more than others. Physics and astronomy are scientific fields concerned with the fundamental interactions between matter and energy. Chemistry, as defined previously, is the study of the interactions of matter with other matter and with energy. Biology is the study of living organisms, while geology is the study of the earth. Other sciences can be named as well. Understand that these fields are not always completely separate; the boundaries between scientific fields are not always readily apparent. Therefore, a scientist may be labelled a biochemist if he or she studies the chemistry of biological organisms.

Are these qualitative or quantitative statements?

Some of the simple chemical principles discussed in this chapter can be illustrated with carbonated beverages: sodas, beer, and sparkling wines. Each product is produced in a different way, but they all have one thing in common. They are solutions of carbon dioxide dissolved in water.

Carbon dioxide is a compound composed of carbon and oxygen. Under normal conditions, it is a gas. If you cool it down enough, it becomes a solid known as dry ice. Carbon dioxide is an important compound in the cycle of life on earth.

When you open a container of soda or beer, you hear a distinctive hiss as the excess carbon dioxide gas escapes. But something else happens as well. The carbon dioxide in the solution comes out of solution as a bunch of tiny bubbles. These bubbles impart a pleasing sensation in the mouth, so much so that the soda industry sold over 225 billion servings of soda in the United States alone in 2009.

a)  biophysics (a mix of biology and physics)

8.  Which of the following fields are studies of the natural universe?

b)  geochemistry (a mix of geology and chemistry)

9.  Which of these statements are qualitative descriptions?

a)  The Titanic was the largest passenger ship build at that time.

10.  Which of these statements are qualitative descriptions?

b)  The weather in the Democratic Republic of the Congo is the wettest in all of Africa.

c)  The deepest part of the Pacific Ocean is the Mariana Trench.

11.  Of the statements in Exercise 9, which are quantitative?

12.  Of the statements in Exercise 10, which are quantitative?

1. Simply stated, the scientific method includes three steps: (1) stating a hypothesis, (2) testing the hypothesis, and (3) refining the hypothesis.
3. Scientists perform experiments to test their hypotheses because sometimes the nature of natural universe is not obvious.
5. A scientific law is a specific statement that is thought to be never violated by the entire natural universe. Everyday laws are arbitrary limits that society puts on its members.
7. (a) yes (b) no (c) no
9. (a) qualitative (b) not qualitative (c) not qualitative
11. Statements b and c are quantitative.