Introduction to Acids and Bases

In fact, bases are more potentially dangerous than acids because it is much easier for an OH− ion to rip off an H+ ion from surrounding matter than it is for an H+ ion to rip off an OH− ion. Certain household chemicals, such as some brands of cleanser, can be very concentrated bases, which makes them among the most potentially hazardous substances found around the home; if spilled on the skin, the strong caustic compound can immediately remove H+ ions from the flesh, resulting in chemical burns. Compare that to the fact that we occasionally purposefully ingest substances such as citrus fruits, vinegar, and wine—all of which contain acids. (Of course, some parts of the body, such as the eyes, are extremely sensitive to acids as well as bases.) It seems that our bodies are more capable of dealing with acids than with bases. 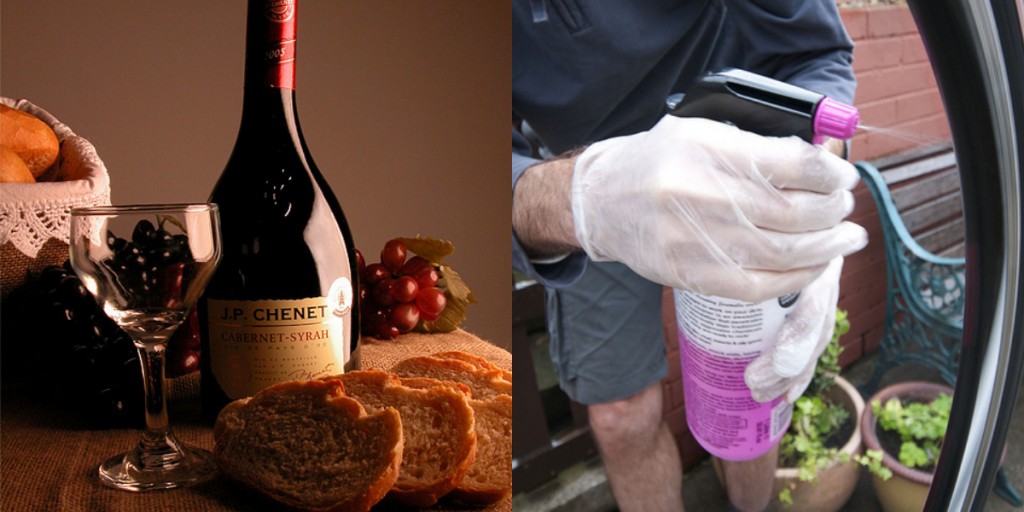 On the left is a common acid, and on the right is a common base. Which one is more potentially hazardous?
Source: “Wine” by Priscila Darre is licensed under the Creative Commons Attribution-ShareAlike 2.0 Generic; “Spray” by robives is licensed under the Creative Commons Attribution-NonCommercial-ShareAlike 2.0 Generic.

So a note to all the villains out there: get your chemistry right if you want to be successful!

Acids and bases are important classes of chemical compounds. They are part of the foods and beverages we ingest, they are present in medicines and other consumer products, and they are prevalent in the world around us. In this chapter, we will focus on acids and bases and their chemistry.