Introduction to Chemical Reactions and Equations

The space shuttle—and any other rocket-based system—uses chemical reactions to propel itself into space and maneuver itself when it gets into orbit. The rockets that lift the orbiter are of two different types. The three main engines are powered by reacting liquid hydrogen with liquid oxygen to generate water. Then there are the two solid rocket boosters, which use a solid fuel mixture that contains mainly ammonium perchlorate and powdered aluminum. The chemical reaction between these substances produces aluminum oxide, water, nitrogen gas, and hydrogen chloride. Although the solid rocket boosters each have a significantly lower mass than the liquid oxygen and liquid hydrogen tanks, they provide over 80% of the lift needed to put the shuttle into orbit—all because of chemical reactions. 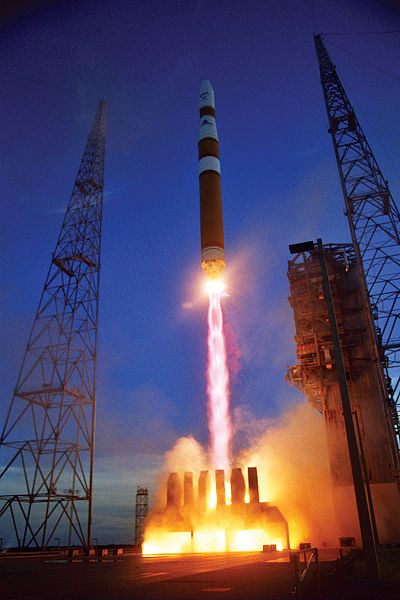 Source: “Delta IV Medium Rocket DSCS” by U.S. Air Force is is in the public domain