All life on earth is ultimately based on photosynthesis—the process by which plants absorb CO2 and H2O from their environment and, in the presence of sunlight, convert those substances into a simple sugar (glucose) and ultimately into starches and other building blocks of life. The net photosynthesis chemical reaction is as follows:

Oxygen is also a product of photosynthesis. Most forms of animal life (including people) depend on oxygen to breathe, which makes plants indispensible. Virtually all food sources come from plants, eaten either directly (as fruits, vegetables, or grains) or indirectly (as meat from animals that eat plants such as cattle, poultry, pigs, sheep, and goats). Plants are absolutely necessary for life to exist.

The net reaction for photosynthesis is misleadingly simple. A series of reactions, called light-dependent reactions, start by the absorption of light by pigments (not just chlorophyll, as commonly misunderstood) in plant cells. This is followed by a series of light-independent reactions, so named not because they happen in the dark but because they do not directly involve light. However, they involve the products of reactions stimulated by light, so they ultimately depend on light. The whole series of reactions involves many chemicals and enzymes, the breaking and making of chemical bonds, the transfer of electrons and H+ ions, and other chemical processes. The elucidation of the actual steps of photosynthesis—a process still unduplicated artificially—is a major achievement of modern chemistry. 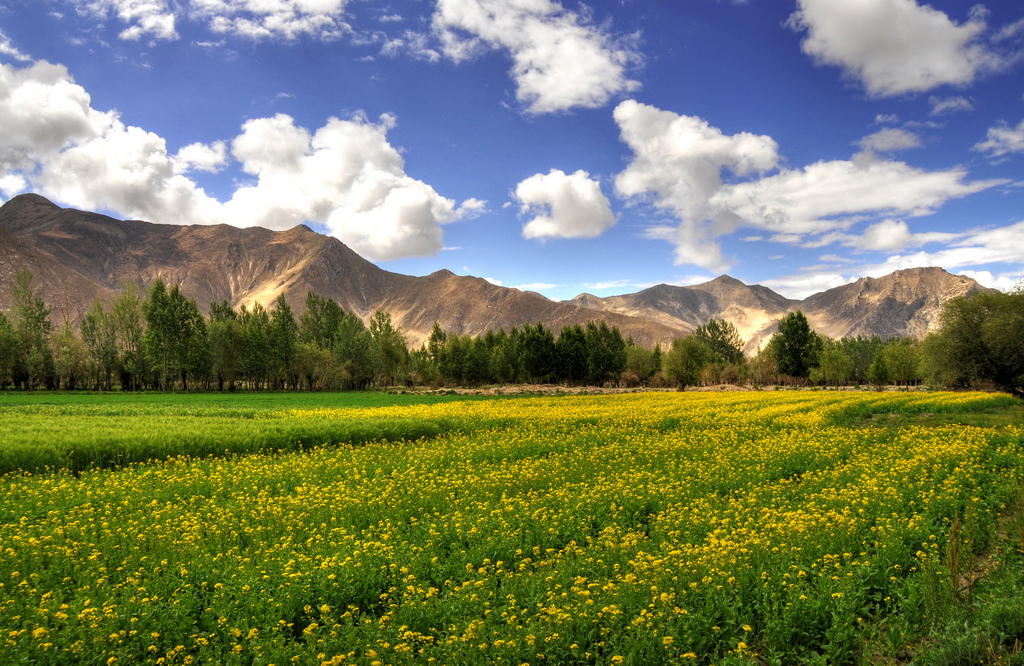 In the presence of the sun, plants perform photosynthesis, the chemical reactions that convert CO2 and H2O to glucose. The reaction also produces O2, which is necessary for animal life. Virtually all life on earth depends on photosynthesis.
Source: “Mustard Fields” by Prasad Kholkute is licensed under the Creative Commons Attribution-ShareAlike 2.0 Generic

Organic chemistry is the study of the chemistry of carbon compounds. Why focus on carbon? Carbon has properties that give its chemistry unparalleled complexity. It forms four covalent bonds, which give it great flexibility in bonding. It makes fairly strong bonds with itself (a characteristic called catenation), allowing for the formation of large molecules; it also forms fairly strong bonds with other elements, allowing for the possibility of a wide variety of substances. No other element demonstrates the versatility of carbon when it comes to making compounds. So an entire field of chemistry is devoted to the study of the compounds and reactivity of one element.

Because of the potential for complexity, chemists have defined a rather rigorous system to describe the chemistry of carbon. We will introduce some of that system in this chapter. Should you continue your study of chemistry beyond this text, you will find a much larger world of organic chemistry than we can cover in a single chapter.