More than 70% of the earth’s surface is covered by a very important solution—seawater. It is likely that without seawater, no life would exist on Earth.

At its simplest, seawater is mostly H2O. But about 3.5% of seawater is dissolved solids, mostly NaCl but other ions as well. Table 11.1 “Percentage by Mass of Ions in Seawater and Blood” lists the percentage by mass of the various ions in seawater.

Because it is highly likely that life on Earth originated in the oceans, it should not be surprising that many bodily fluids resemble seawater—especially blood. Table 11.1 “Percentage by Mass of Ions in Seawater and Blood” also lists the percentage by mass of ions in a typical sample of blood.

Table 11.1 Percentage by Mass of Ions in Seawater and Blood

Most ions are more abundant in seawater than they are in blood, with some notable exceptions. There is far more hydrogen carbonate ion (HCO3−) in blood than in seawater; indeed, it is the third most common ion in blood. This difference is significant because the HCO3− ion and some related species [CO32−, CO2(aq)] have an important role in controlling the acid-base properties of blood. Although there is a negligible amount of the two hydrogen phosphate ions (HPO42− and H2PO4−) in seawater, there is a small amount in blood, where these ions affect acid-base properties. Another notable difference is that blood has a negligible amount of the sulfate ion (SO42−), but this ion is present in seawater.

Gold is present in seawater—but only a tiny amount. A current estimate of the amount of gold is about 1 part per every 1 × 1013 parts of seawater, which makes the extraction of gold from seawater unfeasible. However, it does mean that there are about 1.4 × 1014 g of gold in the world’s oceans! 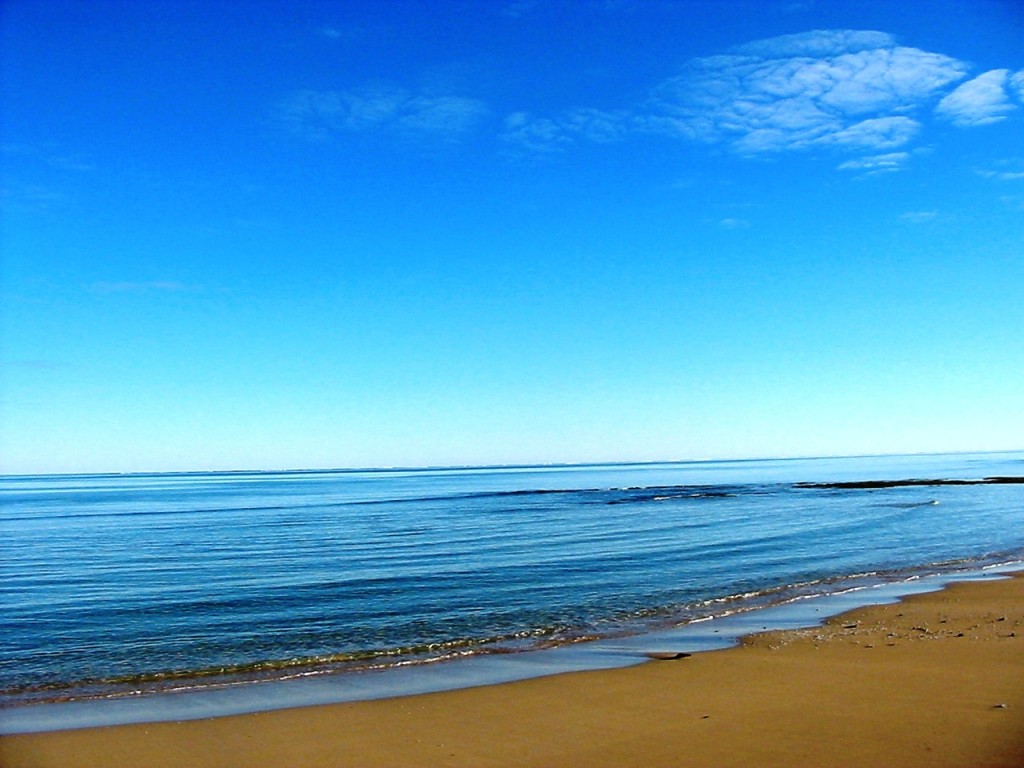 There are approximately 1.4 × 1014 g of gold in the oceans, but extracting it effectively is beyond current technologies. Source: “Ocean” by Stephen Edgar is licensed under Creative Commons Attribution-ShareAlike 2.0 Generic

A solution is a homogeneous mixture—a mixture of two or more substances that are so intimately mixed that the mixture behaves in many ways like a single substance. Many chemical reactions occur when the reactants are dissolved in solution. In this chapter, we will introduce concepts that are applicable to solutions and the chemical reactions that occur in them.