Valence bond theory is able to explain many aspects of bonding, but not all. To complement this theory, we use another called the molecular orbital (MO) theory. Molecular orbital theory is a more sophisticated model for understanding the nature of chemical bonding.

–          They are filled from lowest energy to highest energy (Aufbau principle).

–          They can hold a maximum of two electrons of opposite spin per orbital (Pauli exclusion principle).

The Molecular Orbitals of the Hydrogen Molecule

The σ1s orbital is generated by a constructive combination (or interference), where the two atomic orbitals wave functions reinforce (add to) each other. This is the lower energy of the two molecular orbitals and is known as the bonding molecular orbital. Notice in Figure 9.19 “Hydrogen molecular orbital combination diagram” that the electron density of this orbital is concentrated between the two nuclei. These electrons are stabilized by attractions to both nuclei, and they hold the atoms together with a covalent bond.

The σ*1s orbital is generated by a destructive combination (or interference), where the wave functions of the two atomic orbitals cancel each other. This type of combination results in an area of zero electron density between the two nuclei, known as a nodal plane (or node). This node of zero electron density is destabilizing toward the bond, making it higher energy, and subsequently this type of orbital is known as an antibonding molecular orbital (denoted by the asterisk in the orbital name). 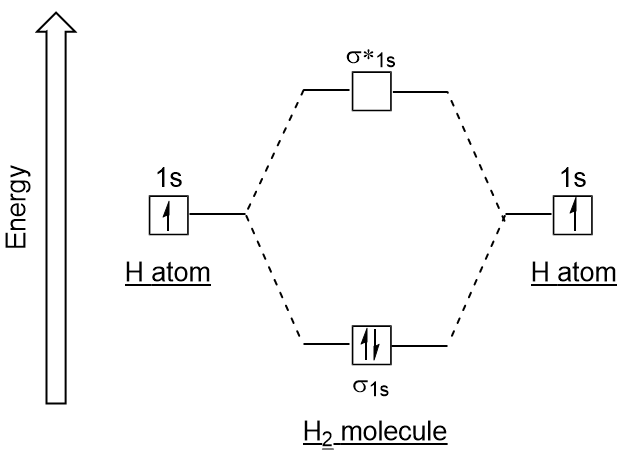 Bond-order values can be whole numbers, fractions, or zero. These values correspond to the valence bond model, so a bond order of 1 is equal to a single bond, and 2 is equal to a double bond. A value of zero means that there is no bond present, and the atoms exist separately.

Determine the bond order of the hydrogen molecule.

Therefore there is a single bond in the hydrogen molecule.

–          The number of MOs generated is equal to the number of atomic orbitals combined.

–          Combined atomic orbitals should be of similar energy levels. 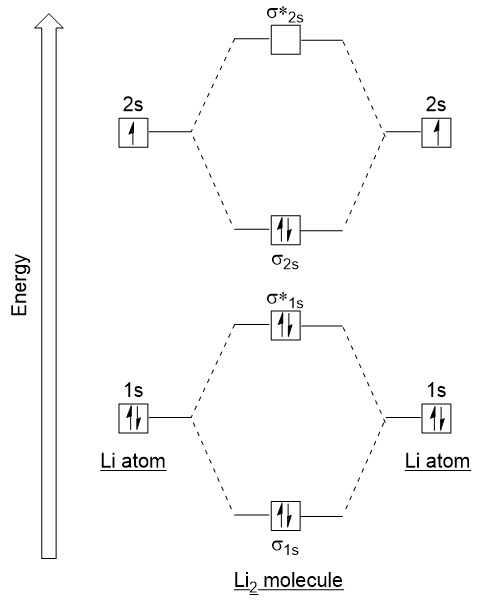 The bond order can be determined for this molecule to be:

Therefore Li2 would have a single bond. 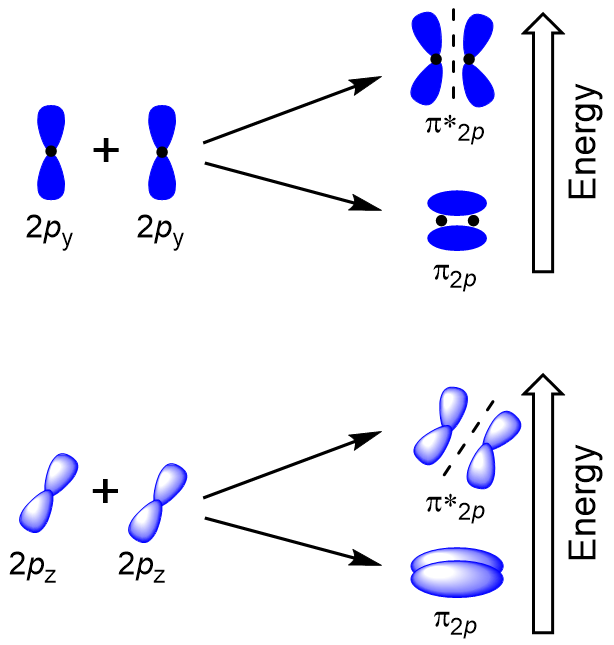 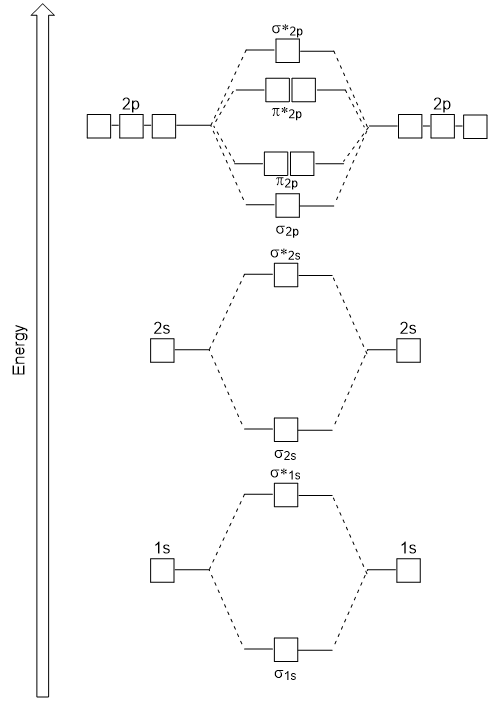 The energy diagram we have just generated fits experimentally with O2, F2, and Ne2, but does not fit for B2, C2, and N2. In the latter, homonuclear diatomic molecules (B2, C2, and N2), interactions take place between the 2s and 2p atomic orbitals that are strong enough to swap the ordering of the σ2p and π2p molecular orbitals (Figure 9.25). 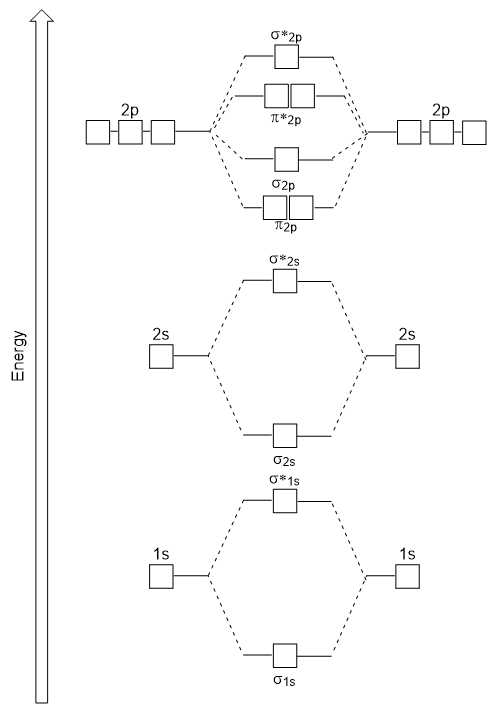 In heteronuclear diatomic molecules, where two different molecules are bonded, the energy levels of the individual atoms’ atomic orbitals may differ. However, the molecular orbital diagram we see in Figure 9.25 (“Molecular orbital energy diagram for homonuclear diatomic molecules made from atoms of atomic number 5-7″) can be used to estimate the electron configuration and bond order. 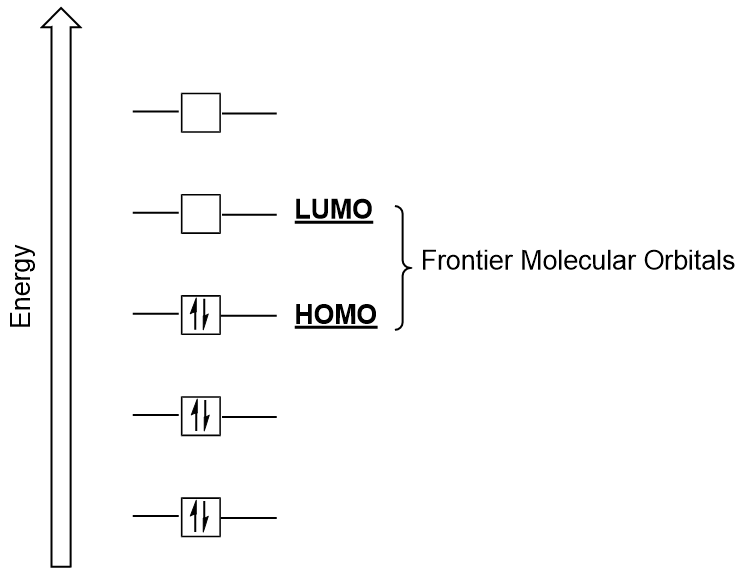 When molecules absorb energy, it is typical for a HOMO electron to use this energy to transition from the ground HOMO orbital to the LUMO excited-state orbital. This type of transition can be observed in ultraviolet-visible (UV-Vis) radiation spectroscopy experiments. As well, in many chemical reactions, one reactant molecule may donate HOMO electrons to the LUMO of another reactant (Figure 9.27 “Formation of a new bonding molecular orbital by combining reactant HOMO and LUMO”). Therefore, understanding frontier molecular orbital energy levels can provide chemists with a great deal of insight in the areas of molecular spectroscopy and reactivity.