New Criticism was a formalist movement in literary theory that dominated American literary criticism in the middle decades of the 20th century. It emphasized close reading, particularly of poetry, to discover how a work of literature functioned as a self-contained, self-referential aesthetic object. The movement derived its name from John Crowe Ransom’s 1941 book The New Criticism. Also very influential were the critical essays of T. S. Eliot, such as “Tradition and the Individual Talent” and “Hamlet and His Problems,” in which Eliot developed his notion of the “objective correlative.” Eliot’s evaluative judgments, such as his condemnation of Milton and Shelley, his liking for the so-called metaphysical poets and his insistence that poetry must be impersonal, greatly influenced the formation of the New Critical canon. 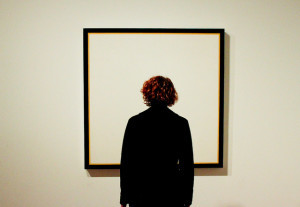 New Criticism developed as a reaction to the older philological and literary history schools of the US North, which, influenced by nineteenth-century German scholarship, focused on the history and meaning of individual words and their relation to foreign and ancient languages, comparative sources, and the biographical circumstances of the authors. These approaches, it was felt, tended to distract from the text and meaning of a poem and entirely neglect its aesthetic qualities in favor of teaching about external factors. On the other hand, the literary appreciation school, which limited itself to pointing out the “beauties” and morally elevating qualities of the text, was disparaged by the New Critics as too subjective and emotional. Condemning this as a version of Romanticism, they aimed for newer, systematic and objective method.[1]

New Critics believed the structure and meaning of the text were intimately connected and should not be analyzed separately. In order to bring the focus of literary studies back to analysis of the texts, they aimed to exclude the reader’s response, the author’s intention, historical and cultural contexts, and moralistic bias from their analysis.

The hey-day of the New Criticism in American high schools and colleges was the Cold War decades between 1950 and the mid-seventies, doubtless because it offered a relatively straightforward and politically uncontroversial approach to the teaching of literature. Brooks and Warren’s Understanding Poetryand Understanding Fiction both became staples during this era.

Studying a passage of prose or poetry in New Critical style required careful, exacting scrutiny of the passage itself. Formal elements such as rhyme, meter, setting, characterization, and plot were used to identify the theme of the text. In addition to the theme, the New Critics also looked for paradox, ambiguity,irony, and tension to help establish the single best and most unified interpretation of the text.

Although the New Criticism is no longer a dominant theoretical model in American universities, some of its methods (like close reading) are still fundamental tools of literary criticism, underpinning a number of subsequent theoretic approaches to literature including poststructuralism, deconstruction theory, and reader-response theory.