Critical Introduction to the Field

There was a time when it seemed all knowledge was produced by, about, and for men. This was true from the physical and social sciences to the canons of music and literature. Looking from the angle of mainstream education, studies, textbooks, and masterpieces were almost all authored by white men. It was not uncommon for college students to complete entire courses reading only the work of white men in their fields.

Women, Gender, Sexuality Studies (WGSS) is an interdisciplinary field that challenges the androcentric production of knowledge. Androcentrism is the privileging of male- and masculine-centered ways of understanding the world.

Alison Bechdel, a lesbian feminist comics artist, described what has come to be known as “the Bechdel Test,” which demonstrates the androcentric perspective of a majority of feature-length films. Films only pass the Bechdel Test if they 1) Feature two women characters, 2) Those two women characters talk to each other, and 3) They talk to each other about something other than a man. Many people might be surprised to learn that a majority of films do not pass this test! This demonstrates how androcentrism is pervasive in the film industry and results in male-centered films. 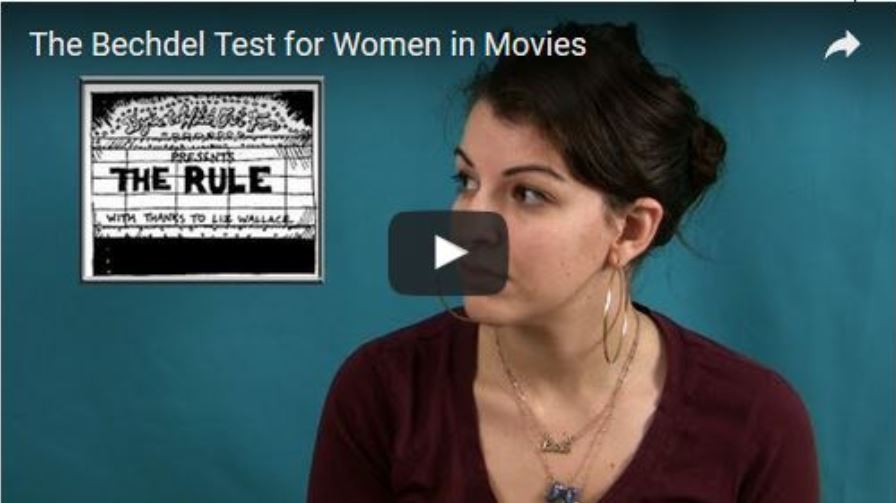 Feminist frequency. (2009, December 7). The bechdel test for women in movies. Retrieved from https://www.youtube.com/watch?v=bLF6sAAMb4s .

Feminist scholars argue that the common assumption that knowledge is produced by rational, impartial (male) scientists often obscures the ways that scientists create knowledge through gendered, raced, classed, and sexualized cultural perspectives (e.g., Scott 1991). Feminist scholars include biologists, anthropologists, sociologists, historians, chemists, engineers, economists and researchers from just about any identifiable department at a university. Disciplinary diversity among scholars in this field facilitates communication across the disciplinary boundaries within the academy to more fully understand the social world. This text offers a general introduction to the field of Women, Gender, Sexuality Studies. As all authors of this textbook are trained both as sociologists and interdisciplinary feminist scholars, we situate our framework, which is heavily shaped by a sociological lens, within larger interdisciplinary feminist debates. We highlight some of the key areas in the field rather than comprehensively covering every topic.

The Women’s Liberation Movement and Civil Rights Movement of the mid-20th Century called attention to these conditions and aimed to address these absences in knowledge. Beginning in the 1970s, universities across the United States instituted Women’s and Ethnic Studies departments (African American Studies, Asian American Studies, Latin American Studies, Native American Studies, etc.) in response to student protests and larger social movements. These departments reclaimed buried histories and centered the knowledge production of marginalized groups. As white, middle-class, heterosexual women had the greatest access to education and participation in Women’s Studies, early incarnations of the field stressed their experiences and perspectives. In subsequent decades, studies and contributions of women of color, immigrant women, women from the global south, poor and working class women, and lesbian and queer women became integral to Women’s Studies. More recently, analyses of disability, sexualities, masculinities, religion, science, gender diversity, incarceration, indigeneity, and settler colonialism have become centered in the field. As a result of this opening of the field to incorporate a wider range of experiences and objects of analysis, many Women’s Studies department are now re-naming themselves “Women, Gender, and Sexuality Studies” departments.

Feminist scholars recognize the inextricable connection between the notions of gender and sexuality in U.S. society, not only for women but also for men and people of all genders, across a broad expanse of topics. In an introductory course, you can expect to learn about the impact of stringent beauty standards produced in media and advertising, why childrearing by women may not be as natural as we think, the history of the gendered division of labor and its continuing impact on the economic lives of men and women, the unique health issues addressed by advocates of reproductive justice, the connections between women working in factories in the global south and women consuming goods in the United States, how sexual double-standards harm us all, the historical context for feminist movements and where they are today, and much more.

More than a series of topics, Women, Gender, Sexuality Studies offers a way of seeing the world differently. Scholars in this field make connections across institutional contexts (work, family, media, law, the state), value the knowledge that comes from lived experiences, and attend to, rather than ignore, marginalized identities and groups. Thanks to the important critiques of transnational, post-colonial, queer, trans and feminists of color, most contemporary WGSS scholars strive to see the world through the lens of intersectionality. That is, they see systems of oppression working in concert rather than separately. For instance, the way sexism is experienced depends not only on a person’s gender but also on how the person experiences racism, economic inequality, ageism, and other forms of marginalization within particular historical and cultural contexts.

Can you think of any additional ways to approach these topics intersectionally, that were not discussed in the video?

Do you see any underlying assumptions in the lens of this video, that (ironically) limit the intersectional approaches discussed? 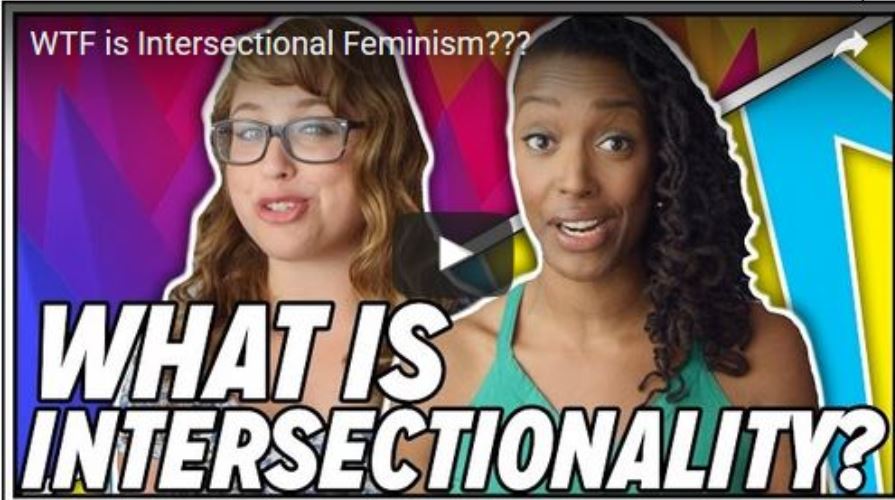 By recognizing the complexity of the social world, Women, Gender, Sexuality Studies advocates for social change and provides insight into how this can be accomplished.