Take a minute to think about how much media you are exposed to in one day—from watching television and movies, to cruising the Internet, reading newspapers, books, and magazines, listening to music and watching music videos, or playing video games. The majority of this media is produced by corporations, and infused with advertisements.

According to a Nielson Company—a marketing corporation that collects statistics on media usage—report, the average American “18-34 spent two hours and 45 minutes daily watching live TV in the 4th Quarter of 2015, and one hour and 23 minutes using TV-connected devices—a total of four hours and 8 minutes using a TV set for any purpose” (Nielson Company, 201). The pervasiveness of media in culture begs a number of questions: what are the effects of such an overwhelming amount of exposure to media that is often saturated with advertisements? How do media construct or perpetuate gendered, sexualized, classed, ableized, and racialized differences and inequalities? What is the relationship between media and consumers, and how do consumers interact with media?

Media expert and sociologist Michael Kimmel (2003) argues that the media are a primary institution of socialization that not only reflects, but creates culture. Media representation is a key domain for identity formation and the creation of gendered and sexualized difference. For example, think back to Disney movies you were probably shown as a child. The plots of these movies typically feature a dominant young man—a prince, a colonial ship captain, a soldier—who is romantically interested in a young woman—both are always assumed to be heterosexual—who at first resists the advances of the young man, but eventually falls in love with him and marries him. These Disney movies teach children a great deal about gender and sexuality; specifically, they teach children to value hegemonic masculinity and emphasized femininity. Hegemonic masculinity refers to a specific type of culturally-valued masculinity tied to marriage and heterosexuality and patriarchal authority in the family and workplace, and maintains its privileged position through subordinating other less dominant forms of masculinity (i.e., dominance over men of lower socioeconomic classes or gay men). Emphasized femininity, meanwhile, refers to a compliance with the normative ideal of femininity, as it is oriented to serving the interests of men (Connell 1987).

What do Disney movies have to do with how people actually live their lives? It is because they are fictional and do not have to be verified by reality, and they are so pervasive in our culture and shown to us at such a young age that they may shape our gendered and sexualized selves in ways that we do not even realize. How many times have you heard people say that they want a “fairy tale wedding,” or heard the media refer to a celebrity wedding as a “fairy tale wedding?” This is one example of how media reproduces dominant ideologies—the ideas, attitudes, and values of the dominant culture—about gender and sexuality.

Media also reproduce racialized and gendered normative standards in the form of beauty ideals for both women and men. As Jean Kilbourne’s video series Killing Us Softly illustrates, representations of women in advertising, film, and magazines often rely on the objectification of women—cutting apart their bodies with the camera frame and re-crafting their bodies through digital manipulation in order to create feminized bodies with characteristics that are largely unattainable by the majority of the population. Kilbourne shows how advertising often values the body types and features of white women—having petite figures and European facial features—while often exoticizing women of color by putting them in “nature” scenes and animal-print clothing that are intended to recall a pre-civilizational past. The effect of this is to cast women of color as animalistic, savage creatures—a practice that has historically been used in political cartoons and depictions of people of color to legitimate their subjugation as less than human. In addition, media depict the world from a masculine point of view, representing women as sex objects. This kind of framing, what Laura Mulvey called the male gaze, encourages men viewers to see women as objects and encourages women to see themselves as objects of men’s desire; the male gaze is thus a heterosexual male gaze. These are just a couple of examples of how media simultaneously reflect and construct differences in power between social groups in society through representing those groups.

Another way in which media reflect and simultaneously produce power differences between social groups is through symbolic annihilation. Symbolic annihilation refers to how social groups that lack power in society are rendered absent, condemned, or trivialized through mass media representations that simultaneously reinforce dominant ideologies and the privilege of dominant groups. For example, as we argued earlier, gay and lesbian, as well as transgender and disabled characters in mass media are often few and when they are present they are typically stereotyped and misrepresented. Trans women characters portrayed through the cisgender heterosexual male gaze are often used as plot twists or objects of ridicule for comedic effect, and are often represented as “actually men” who deceive men in order to “trap” them into having sex with them; these representations function to  justify and normalize portrayals of disgust in response to them and violence against them. These kinds of portrayals of trans women as “evil deceivers” and “pretenders” have been used in court cases to pardon perpetrators who have murdered trans women (Bettcher 2007). 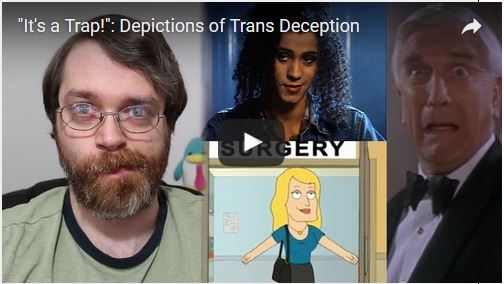 While Jean Kilbourne’s insights illustrate how beauty ideals produce damaging effects on women and girls, her model of how consumers relate to media constructs media consumers as passively accepting everything they see in advertising and electronic and print media. As Michael Kimmel (2003) argues, “The question is never whether or not the media do such and such, but rather how the media and its consumers interact to create the varying meanings that derive from our interactions with those media” (Kimmel 2003: 238). No advertisement, movie, or any form of media has an inherent, intended meaning that passes directly from the producer of that media to the consumer of it, but consumers interact with, critique, and sometimes reject the intended messages of media. In this way, the meanings of media develop through the interaction between the media product and the consumers who are interacting with it. Furthermore, media consumers can blur the distinction between producer and consumer through creating their own media in the form of videos, music, pamphlets, ‘zines, and other forms of cultural production. Therefore, while media certainly often reproduce dominant ideologies and normative standards, media consumers from different standpoints can and do modify and reject the intended meanings of media.