History and Culture of Medicine and LGBTQ People

LGBTQ people often have complicated relationships with medicine, and these relationships have histories that extend back to the 1800s. Philosopher Michel Foucault famously (and controversially) suggested that queer sexualities in the ancient and medieval worlds were judged in an exclusively legal or religious category, but that in the 1800s sexualities became medicalized (Foucault, 1976, 1978, p. 43). In their history in the West, LGBTQ people went from being criminal or immoral to being mentally ill.

Viewed as a pathology rather than just a moral failing or legal violation, queer sexuality became the object of medicine’s study: What is its cause, and if it is a pathology or disease, how might it be cured? This moment occurred in the second half of the 1800s when medical research and practice had absorbed enormous cultural power and authority through their first modern groundbreaking discoveries, including the development of germ theory, surgical antisepsis, and anesthesia. All things seemed possible to medicine. 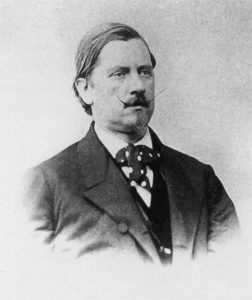 The term homosexual appears to have been coined by the Austro-Hungarian journalist Karl-Maria Kertbeny (1824-1882) in an 1869 pamphlet criticizing a German anti-sodomy law (Feray, Herzer, & Peppel, 2010). The term was taken up by the psychiatrist Richard von Krafft-Ebing (1840-1902) in his Psychopathia Sexualis [Diseases of Sex] (1886). The term entered English through a translation of Krafft-Ebing’s work and through the advocacy writing of John Addington Symonds and Havelock Ellis in England. The term bisexual, in contrast, had been used in botany since the 1700s to denote plants with both male and female anatomy (also referred to as hermaphrodite), but only adapted in the late 1800s to denote a person with roughly equivalent attraction to men and women. The term intersex, used as a synonym for homosexual, was adapted in the early twentieth century from biology where it indicated the possession of both female and male anatomical features, and is now the term frequently used by people born with ambiguous genitalia.

These attempts to name the species or diagnosis of what they viewed as sexual pathology then led physicians, sexologists, and psychiatrists to a search for causality and treatment. Greenberg (1988) identifies five explanatory categories: Homosexuality as innate; degeneracy theory; Darwinian theory; psychoanalytic theory; and behaviorism. Nineteenth-century advances in embryology and genetics may have influenced what had often been an assumption since Greco-Roman antiquity that sexuality was innate, leading to the Third Sex theory, which was also encouraged by movements for social tolerance and legal reform. In contrast, proponents of degeneracy theory viewed homosexuality and bisexuality as akin to criminality, alcoholism, and drug addiction. Degeneracy suggests that the gene pool had become exhausted as a result of modern life or personal vice and indulgence inherited from a previous generation. Similarly, the appropriation of Darwinian theory evaluated people and behavior, characterizing homosexual and bisexual people as evolutionary throwbacks, akin to “primitive” peoples whom Europeans had colonized throughout the world and whose sexual mores were at odds with Western notions of morality.

Perhaps no theories of sexual identity have been more influential than psychoanalytical theory and behaviorism. Although a variety of psychodynamic theories were espoused in the late 1800s and early twentieth century, Sigmund Freud, often called the Father of Modern Psychoanalysis, postulated that infants are “polymorphous perverse,” deriving pleasure from many parts of their body and regardless of gender. The function of society for Freud was to channel pleasure in acceptable, productive heterosexuality. However, traumas or inner conflicts could arrest a child’s psychosexual development or cause a young adult to regress into homosexuality (for example, an overly attentive mother and distant father for boys). The role of psychotherapy was to expose the trauma or conflict in order to allow growth toward heterosexuality to resume. Nonetheless, Freud was less inclined to view homosexuality as a sickness than as a form of psychosexual immaturity. Behaviorism, in contrast, has been inclined to view sexual orientation generally as a learned behavior, which means that homosexuality can be unlearned (Greenberg, 1988). If psychoanalytic theory preferred talk therapy, behaviorism has tended to employ rewards and punishments to “reprogram” sexual behavior, including electro-shocks and hormone injections. So called “gay conversion therapy,” the subject of increasing legal rejection by states today, has a decades old history. 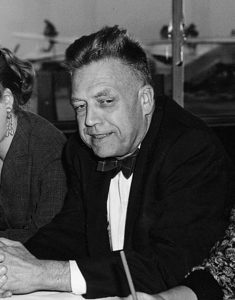 A photograph of Alfred Charles Kinsey taking part in a press conference during an airport stopover. Frankfurt, 22 November 1955

Throughout the twentieth century the medical establishment in the United States generally considered queer sexualities as mental illnesses. However, early descriptive research by Alfred Kinsey and his colleagues disclosed both a surprising number of self-identified lesbian, gay, bisexual persons and a fluid spectrum of human sexual response. What they called a “Heterosexual-homosexual rating scale” (from zero to six) identified exclusively heterosexual (0) to equally heterosexual and homosexual (3), otherwise known as bisexual, to exclusively homosexual (6). This scale was applied to each individual according to the participants’ sexual behavior and psychic reactions, that is to say, thoughts, feelings, and fantasies (Kinsey, Pomeroy, & Martin, 1948, p. 638).

It is no wonder then that by the 1960s in the emergence of the gay rights movement, many LGBTQ people had come to mistrust the medical establishment. Health care providers often either exhibited hostility or acknowledged ignorance about the unique health concerns of LGBTQ people (Batza, 2018). Many gay men and lesbians in particular had come to reject the notion of their sexual orientation as a pathology and had begun to seek the rare health care providers who were affirming of their sexualities. Feminists and the women’s movement had shown how this might be done with health collectives, like the one in Boston that produced the book Our Bodies, Ourselves, part of a movement in the United States in the late 1960s and early 70s for homegrown self-published self-help books (Davis, 2007). One ground-breaking book for queer people included chapters on alcohol safety, venereal disease (now called sexually transmitted infections), and other health topics, many of which had been previously published in local queer newspapers and magazines (Jay & Young, 1975). In major urban areas health clinics for LGBTQ people formed to serve this vulnerable population (Martos, Wilson, & Meyer, 2017).

When the first published reports of an infectious epidemic that would come to be called acquired immune deficiency syndrome (AIDS) appeared in 1981, queer communities were wary of uncertain medical explanations and advice, aware of the stigmatization of their sexualities that was now exacerbated by AIDS, but also more prepared for community organizing around health concerns. Grassroots organizations at least in first and second tier metropolitan areas, like New York’s Gay Men’s Health Crisis (GMHC) and Norfolk, Virginia’s, Tidewater AIDS Crisis Taskforce (TACT) advocated, educated and cared for people infected with HIV. Chapters of the AIDS Coalition to Unleash Power (ACT UP) blossomed in cities, particularly New York and San Francisco, bringing direct action demonstrations against government and medical inaction. AIDS activists changed the ways that the American medical establishment conducted research and delivered care by their insisting on the participation of people living with AIDS in decisions about drug approvals and treatment (Andriote, 1999).

Medicine and the History of Transgender Care 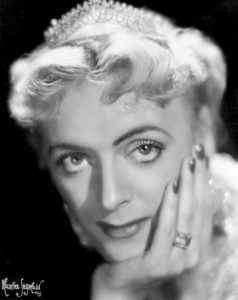 The celebrity of Christine Jorgensen, who began her physical transition from male to female in the early 1950s and who led a bold public life as a writer, lecturer and entertainer, brought the transgender experience to wide attention (Meyerowitz, 2002; Meyerowitz, 2006). Johns Hopkins University in Baltimore beginning in 1965 was the first American medical school to study and perform what was called sex reassignment surgery (now more aptly known as gender affirming surgery), or in popular parlance, sex change operations. However, despite this pioneering role, the Johns Hopkins clinic ended the practice in 1978, in part because of flawed transphobic follow-up research. Only recently has it resumed its transgender and gender affirming care (Ford, 2016). In the first decade and a half of the twenty-first century, almost 40,000 patients sought transgender care, with 11% of them seeking gender-affirming surgery and an increasing percentage through health insurance rather than out of pocket as had been typical in the past (Tantibanchachai, 2018).

Medicine’s relationship to LGBTQ people has been complicated enough over the past century and a half, but it is even more so when we consider a person’s place in the human lifespan and intersectional identities, which we explore next.