Queering the Sex and Gender Binary 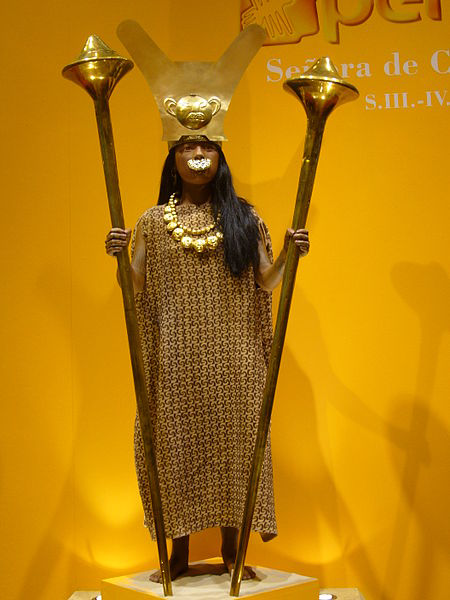 The Senora de Cao is a mummy of a woman from the Moche culture of Peru.  Weapons in her burial suggests that she held high status and that war imagery was not associated only with men.

The distinction between sex as biologically determined and gender as socially learned was popularized by Money and Ehrhardt (1972) and is now a standard view in academia and beyond (see aso Oakley, 1972; Stoller, 1968). But, even the sex/gender binary has been problematized by queer theory. Butler (1990, 1993) influentially argued that our biology is not a neutral base upon which gender is culturally constructed. As shown by Laqueur (1990) and others, even our bodies are culturally constructed in that they are understood in culturally specific ways. According to Butler (1990, p. 10), “perhaps this construct called ‘sex’ is as culturally constructed as gender; indeed, perhaps it was always already gender, with the consequence that the distinction between sex and gender turns out to be no distinction at all.”

Although some bioarchaeologists like Sofaer (2006, p. 97) remind us that “sex has a material reality” and that the conceptual separation of sex from gender has been generally productive, others [e.g., Fuglesvedt (2014, p. 52), Schmidt (2004), Ardren (2008, p. 1)] have followed Butler in arguing that our now-standard sex/gender model often reduces gender to sex and tends to create normative and non-normative gender categories which risk being as simplistic as racial categories.

On this Maya stela from the site of Naranjo, Guatemala, a female ruler stands on a bound captive

For example, in studies of women buried with weapons like the famous Moche Señora de Cao burial in Peru, normative approaches to sex and gender may lead to the creation of “an exotic ‘gender type’ …instead of simply a woman, probably taking part in war-like activities during her life” (Fuglestvedt, 2014, p. 58), We don’t expect to find women warriors, so we are surprised when we do, and this prompts us to treat them as anomalies in need of explanation. Taken at face value, however, imagery from the past often does not present what we might consider “non-normative gender expression” as non-normative at all. One of the roles of the Aztec goddess Xochiquetzal/ Itzpapalotl was as a “primordial warrior” and she is depicted with warrior imagery (G. McCafferty & McCafferty, 1999, p. 117). In Maya art, women warriors are depicted like their male counterparts. A female warrior “occupies a position of authority on the central axis” of a prominent relief at the Maya site of Chichen Itza, Mexico “wearing a high-status feathered headdress and snake skirt and carrying weapons typical of an Itza warrior, … Clearly defined bare breasts signal that she is a woman” (Wren, Spencer, & Nygard, 2018, pp. 260-261). Like male rulers, female rulers at several other Maya sites are depicted on carved stone stelae as warriors with subjugated captives—on which they literally stand (Reese-Taylor, Mathews, Guernsey, & Fritzler, 2009). 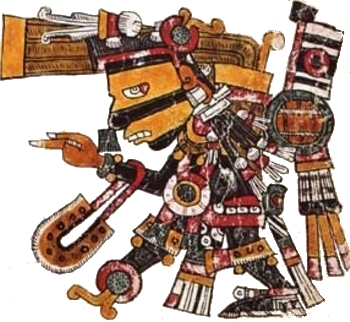 The powerful Aztec god Tezcatlipoca had bisexual and transgender qualities.

As early as 1990, Nordbladh and Yates (1990) recommended we consider both sex and gender in terms of intensity or as existing on a spectrum, with some cultures allowing more freedom and flexibility in gender expression than others. Similarly, evidence for gender fluidity has been cited by archaeologists for decades (for an overview see Brumfiel, 2013, pp. 574-575) and is often interpreted as symbolic of power rather than deviance. For example, Looper (2001) and Follensbee (2014, p. 226) suggested that mixed gender imagery on figurines from the Gulf Coast of Mexico was an expression of supernatural power. In one case, a female figure wearing a high belt that is atypical for women “may be assuming a certain status or role, or even a level of power, that is usually, but not exclusively, associated with men.” (Follensbee, 2014, p. 217). Blomster’s 2014 study of Formative period Oaxacan figurines suggest that “the lack of attention to genitalia on figurines tracks with observations from throughout Mesoamerican groups that primary sexual characteristics often are not the focus of gender differentiation and identity.” (Blomster, 2014, p. 107). 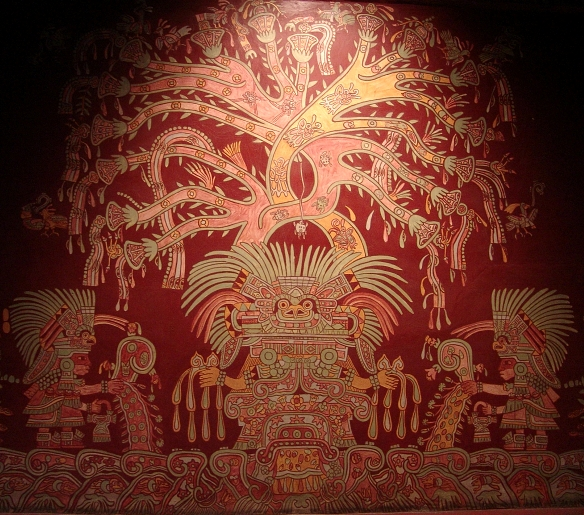 The “Great Goddess” mural from Teotihuacan, Mexico may actually represent a mixed-gender deity.

Back in 1977, Hunt (1977, pp. 95-109) noted the gender fluidity of deities associated with cycles, such as the maize god and the moon god, research expanded by Bassie (2002) and Milbrath (1995). Similarly, Klein (2001, pp. 219-221) has shown that the major Aztec god Tezcatlipoca had bisexual and transgender qualities. In studies of the so-called “great goddess” imagery on the Tepantitla murals at the huge Central Mexican city state of Teotihuacan, Milbrath (1995) and Mandell (2015, p. 43) suggested that the murals referenced a mixed-gender deity, and this fits a broader pattern at the site where binary gender is not clearly represented. Similarly, Reilly (2002) and Looper (2001) used analogies to historically-known and living indigenous Two-Spirit people to explain cross-dressing or mixed-gender imagery in Maya art. Stone (1988, pp. 75-76) argued that male bloodletting from the penis “conceptually transformed the male genitalia into a doubly potent agent of fertility, capable of shedding two life-giving fluids: semen and blood.” 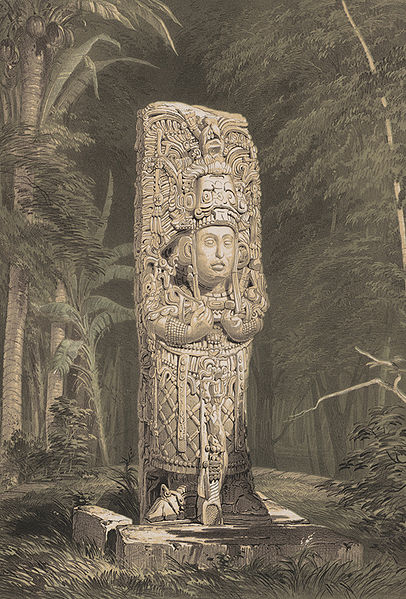 A named male ruler from the Maya site of Copan, Honduras wears a net skirt, possibly to indicate his connection to fertility and the androynous Maize God.

Images like Stela H at the Maya site of Copan Honduras, in which a man is depicted in a net skirt, have also been interpreted as the use of female-associated as an expression of power (Joyce 1992, 1996). The use of powerful feminine imagery by a man may be exemplified in the colonial United States by Edward Hyde, or Lord Cornbury, who, as the Governor of New York and New Jersey between 1701 and 1708, was Queen Anne’s representative in New York City. When he was criticized for reportedly opening the assembly dressed in women’s clothing), he is said to have answered “You are very stupid not to see the propriety of it. In this place and particularly on this occasion I represent a woman and ought in all respects to represent her as faithfully as I can'” (Bonomi, 1998, p. 15). 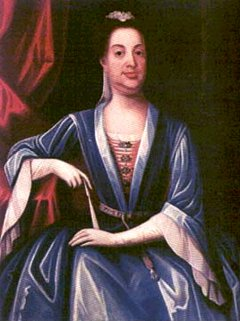 This portrait at the New York Historical Society is traditionally assumed to the colonial governor Lord Corbury dressed in women’s clothing.

Colonial New Yorkers may have thought of Lord Cornbury as a trans person or cross-dresser, but Hyde’s own words suggest a less essentialized, more contextual identity. Many questions remain about the Lord Cornbury story, but it reminds us that trans behaviors in other times and place may have symbolic resonance beyond simply deviance. Further complicating interpretation is Sigal’s (2003, p. 115) warning about projecting our notions of fixed, public identities—including trans identities—on ancient Mesoamerica: “Maya imaginations presented transsexuality as a strategy for understanding cosmic power. For other elements of transsexuality to fall completely outside of that context would have been unimaginable.”