Jennifer Miller and Clark A. Pomerleau

European scientists and social scientists developed sexology to understand human sexuality. They used biology, medicine, psychology, and anthropology to support beliefs that privileged binary gender and reproductive sex while trying to account for gender and sexual diversity. What was at stake for the men who created sexology varied: some felt same-sex attraction, some were sympathetic to those who did, others opposed same-sex behaviors. Their findings became arguments for and against criminalizing same-sex behavior. This chapter’s history of sexology prioritizes primary sources to consider how sexologists explained diversity in gender and sexuality  and how the field’s spokespersons shifted from a social justice focus to creating oppressive, pathologizing diagnoses. Knowing this history helps to assess sexology’s long-reaching implications as a method by which people worldwide have taught about queer and trans people. 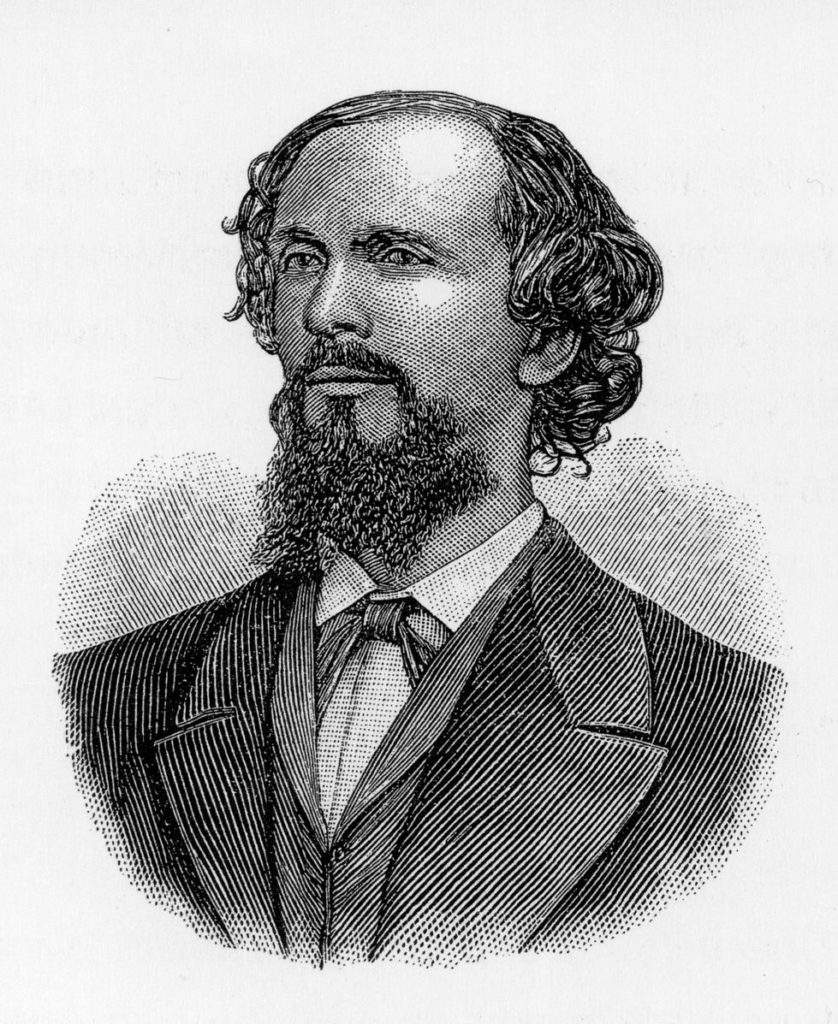 A portrait of Karl Heinrich Ulrichs

The earliest sexology combatted legal discrimination. German lawyer Karl Heinrich Ulrichs drew on Plato’s Symposium for his 1860s theory that male-male love was biologically inborn and therefore natural (Katz, 2017). Ulrichs used the term “urning” for a man who desired men and believed the urning’s desire reflected an internal “female psyche.” After telling his family he was an urning, Ulrichs—freed from his secret—lobbied to repeal sodomy laws. He maintained that consenting adult men who were not being publicly indecent had a civil right to express their love without state persecution. Ulrichs hoped to influence national legal reform as German states unified, so he published “Araxes: Appeal for the Liberation of the Urning’s Nature from Penal Law. To the Imperial Assemblies of North Germany and Austria” in 1870 (Ulrichs, 1997). The next year, Germany’s assembly refused change and retained a sodomy law in the new law code. Paragraph 175 of the German Imperial Penal Code read: “Unnatural vice committed by two persons of the male sex or by two people with animals is to be punished by imprisonment; the verdict may also include the loss of civil rights” (German Imperial Penal Code, 1997, p. 63). Germany would not decriminalize homosexuality until 1969.

Although his argument was unsuccessful, Ulrich’s work influenced other sexologists and was part of growing field. His contemporary, Austro-Hungarian human rights journalist Karl-Maria Kertbeny, coined the words “heterosexual” and “homosexual” in 1868 as two forms of strong sex drive apart from reproductive goals. Due to compassion for a friend who killed himself after being blackmailed for same-sex attraction, Kertbeny argued that sodomy laws violated human rights (Katz, 1995, 52-54). German psychiatrist, Richard von Krafft-Ebing, adopted Kertbeny’s terminology and Ulrichs’ view that men who loved men had womanly desire. Krafft-Ebing, however, considered anything outside reproductive sex to be inferior, immoral deviation, which he called degeneracy. His Psychopathia Sexualis, Contrary Sexual Instinct; A Medico-Legal Study (1894), provided an elaborate taxonomy of “pathological manifestations of sexual life,” including sexualizing an object (fetishism), sexually enjoying pain (masochism, which Krafft-Ebing considered natural for women), and sexually enjoying inflicting pain (sadism, which Krafft-Ebing considered natural for men). Krafft-Ebing claimed same-sex attraction was usually innate but could sometimes be produced as a result of exposure to other forms of sexual deviance like masturbation (Krafft-Ebing, 1894). Like Ulrichs and Kerbeny, Krafft-Ebing hoped to influence jurisprudence with psychological claims, but to him, “The laws of all civilized nations punish those who commit perverse sex acts. Inasmuch as the preservation of chastity and morals is one of the most important reasons for the existence of the commonwealth, the state cannot be too careful as a protector of morality in the struggle against sensuality” (Krafft-Ebing, 1894). Sexology’s language has continued to aid juridical power in policing sexuality and contributed to critiques of that power.

Both in Germany and in England, sexologists used widespread eugenic beliefs of their day that the body revealed behavioral tendencies. Reformers hoped that ascribing innate, unchangeable status to sexuality would secure rights, but eugenics was an imperialist science that justified racial and class hierarchies (Somerville, 1996). Magnus Hirschfeld, a German physician with same-sex attraction, asserted that anatomy indicated sexual desires: “hermaphroditic features significantly make the diagnosis of homosexuality easier” (Hirschfeld, 2006, p. 149). Hirschfeld advocated for homosexual rights from 1896 through 1935, arguing in The Homosexuality of Men and Women (1914) that homosexuals’ “urnish” nature contributed creativity and philanthropy to society and gave homosexuals “equal understanding to both sexes” (Hirschfeld, 2000). In addition to publishing books, Hirschfeld started The Scientific Humanitarian Committee in Germany in 1897. The Committee’s goals were: “(1) to win legislative bodies to the position of abolishing the antigay paragraph of the German penal code, Paragraph 175; (2) enlightening public opinion on homosexuality; (3) “interesting the homosexual himself in the struggle for his rights”” (Lauritsen & Thorstad, 1995, p. 8). Hirschfeld amassed an archive of same-sex research and literature that the Nazi state destroyed in 1933.

Hirschfeld’s British contemporaries, Havelock Ellis and John Addington Symonds, published Sexual Inversion in 1897 based on their interpretation of cross-cultural examples of same-sex attraction and varied sexual expression. This English medical textbook claimed inversion was an involuntary physiological abnormality usually “due to the accidental absence of the natural objects of sexual attraction” or, more rarely, was inborn (Ellis, 1897). Ellis’s case studies highlighted perceived abnormalities in subjects’ bodies, especially females. Whether acquired or inborn, inversion should not be criminalized because it could not be helped he argued. Symonds was at the forefront of homosexual rights activism in England, where, until 1866, homosexuality was punishable by death. In Symonds’ life and through 1967 British law still criminalized homosexual behavior.

In the following generation of activists, Edward Carpenter used anthropology to appeal to exceptionalism, seeing intimacy between men as a way to overcome society’s class differences (Miller, 2010). Carpenter advocated on behalf of homosexuals like himself, and for women’s rights, vegetarianism, and socialism. The idea of camaraderie (as he read American poet Walt Whitman describe) was central to his work and activism. In 1914, Carpenter published Intermediate Types among Primitive Folk where he used the term “intermediate” to describe non-heteronormative genders and sexualities among peoples in tribal and ancient societies. By challenging terms like “invert” or “uranian,” he argued that non-heteronormative genders and sexualities were natural benefits to individuals and society (Carpenter, 1997).

While the notion that homosexual men were effeminate and lesbian women were masculine was an enduring stereotype that sexology promoted, some sexologists started to untangle gender from sexuality. Although Hirschfeld asserted that homosexuals had cross-gender traits, he was the first to study cross-dressing men and women and found most of them were heterosexual. As a result, his 1910 The Transvestites: The Erotic Drive to Cross-Dress understood cross-dressing for sexual pleasure as separate from homosexuality (Hirschfeld, 2006). Noting a difference between gender expression and sexual desire was an important contribution to the field. Iwan Bloch, another German psychiatrist-sexologist for the repeal of Paragraph 175, challenged the popular idea that homosexuality was related to the presence of opposite-sex characteristics and was one of the first scholars to attack the popular notion of sexual degeneracy found in the work of Krafft-Ebing (Bloch, 1933). His anthropological and historical evidence argued that because same-sex behavior existed around the world, it should be understood as naturally occurring difference.

After over a century, the ideas Ulrichs, Kertbeny, Krafft-Ebing, Ellis and Symonds, Carpenter, Hirschfeld, and Bloch introduced continued to influence how gender and sexuality are interpreted. Sexology described homosexuality in myriad ways: 1) an innate condition theorists interpreted as degenerate or benign, 2) a learned behavior resulting from sexual excess, trauma, or no access to the preferred sex object, 3) something that should not or should be criminalized, 4) an individual liberty or a social problem. This continues to be the framework through which arguments about sexuality are made.

Psychoanalysts distinguished themselves from other sexologists in that psychoanalysts understood becoming gendered and developing sexuality as developmental human processes that required mental emotional labor rather than simply happening naturally to the body. Psychoanalysis’s most famous proponent was Sigmund Freud, whose 1905 Three Essays on the Theory of Sexuality responded to prior sexologists (Freud, 2000). His classification system for inverts identified absolute inverts as individuals who had a sexual interest in their own sex exclusively, amphigenic inverts as individuals with a sexual interest in women and men, and contingent inverts as individuals who preferred the opposite sex, but who would have sex with someone of the same sex based on availability (Freud, 2000, pp. 2-3). Freud rejected the ideas that homosexuality was an immoral condition or that sexuality was innate. He considered people to be innately desiring beings whose desire society directed by prescribing what sexualities were acceptable and preferred. Nonetheless, he continued ideas that a form of reproductive heterosexuality with active males and passive females represented the pinnacle of sexual development.

According to Freud, everyone but the most debilitatingly sexually repressed people incorporated perversions into their sexual routines; he defined perversions as acts outside of reproduction such as touching and kissing. To explain the emotional labors necessary for humans to fully formed, Freud constructed a theory that sexuality was initially unfocused. Eventually all individuals passed through stages that ended with achieving heterosexuality or being diverted to other forms of desire. According to Freud, children originally took their mother as their object of desire. They then passed through an Oedipal Crisis during which both girls and boys came to want a penis. Freud attributed a girl’s rejection of her mother in favor of her father to the girl’s realization that she did not have a penis, being drawn to her father who did. In Freud’s formulation, a boy moved from an active desire for his mother to a passive identification with his father as a result of castration anxiety. A boy’s realization that not everyone had a penis prompted anxiety that he could lose his. The boy’s recognition of adult male status and possessiveness led to fear that the father would castrate him if he acted on desire for the mother and anticipation of gaining that status later in life (Freud, 1995a). This early Oedipal Crisis generally would get repressed and unable to enter into conscious thought, as girls converted their penis envy into desire to have a baby and boys grew into men who desired sex with women. Confining repressed feelings to the unconscious, however, would leave people in denial of their own motives and reasons for their actions. 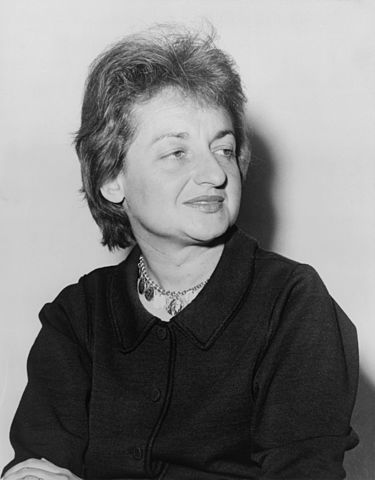 Betty Friedan, a feminist writer who criticized Freud’s views in her book The Feminine Mystique.

Sexology and the law as social institutions produced the category of “the homosexual” as an identity. Gradually, as people accessed sexology texts and terms from the 1860s through the 1940s, they internalized a sexual category as an identity, which then became a key component of sense of self. When self-identified homosexual men and women internalized sexual orientation as part of identity they often had to grapple with how sexology and psychoanalysis explicitly or implicitly positioned homosexuality as somehow inferior to reproductive heterosexuality.

Both sexology and psychoanalysis presented stereotypes about gender expression, immaturity, and excess that circulated in society. By the 1940s, psychologists in Europe, the U.S. and the imperially-influenced world used Freudian psychoanalysis to rationalize: 1) treatments that conformed women to passive home-making roles and 2) the medicalization of homosexuality as a disorder until 1973. Feminists and then gay liberationists began to attack the incestuous overtones of Freudian theory and its disparaging references to women as anatomically and emotionally inferior. French philosopher Simone de Beauvoir’s 1949 The Second Sex, American feminist journalist Betty Friedan’s 1963 The Feminine Mystique, and 1970 American feminist books like Kate Millett’s Sexual Politics and Shulamith Firestone’s The Dialectic of Sex all sought to debunk Freud. Gay liberationists built on this feminist foundation to draw the homosexual rights activism that had emerged in the late 1800s away from rhetorical reliance on a sexology or psychoanalysis framework while still working to challenge the criminalization of same-sex love.

Bloch, I. (1933). Anthropological studies in the strange sexual practises of all races in all ages, ancient and modern, oriental and occidental, primitive and civilized. Retrieved from https://www.worldcat.org/title/anthropological-studies-in-the-strange-sexual-practises-of-all-races-in-all-ages-ancient-and-modern-oriental-and-occidental-primitive-and-civilized/oclc/940232&referer=brief_results

Hirschfeld, M. (2000). Homosexuality of Men and Women. Retrieved from https://www.worldcat.org/search?q=homosexuality+of+men+and+women&qt=owc_search

Katz, Jonathan Ned (1995). The Invention of Heterosexuality. A Plume Book.