Africa is a Country, africasacountry.com

This blog features online commentary and criticism from intellectual voices in the African online media, often covering LGTBQ+ rights issues and postcolonial issues from across the continent.

The Asia Pacific Transgender Network is an advocacy and community network for transgender rights in China, Pakistan, India, and Nepal. APTN releases reports and various publications to guide social and public policy. 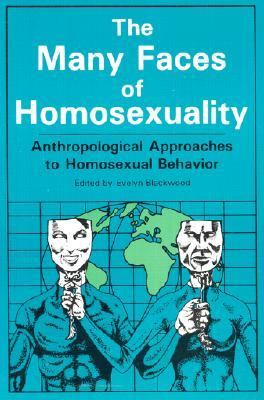 The Many Faces of Homosexuality: Anthropological Approaches to Homosexual Behavior edited by Evelyn Blackwood

This book edited by Evelyn Blackwood, originally published in 1986, is considered to be one of the first global ethnographies of various homosexualities.

The DTA is an online hub for digitized archival materials on non-normative gender practices from around the world.

Jen Deerinwater is a Two Spirit citizen of the Cherokee Nation and writes frequently about the intersectionalities of Indigenous/Native identity and Queer/Two Spirit issues within North America.

Stories of Our Lives

In June 2013, Kenyan multidisciplinary group ‘The NEST Collective’ travelled across Kenya, recording over 250 personal accounts of persons identifying as gay, lesbian, bisexual, transgender and intersex in Kenya. This book presents a selection from the resulting archive—in an attempt to explore the consciousness, ambition and expression of many queer Kenyans in their daily interactions with family, friends, schools, workplace, religion and ideas of the future, and in diverse social contexts in Kenya.

Gender Identity and Sexual Identity in the Pacific and Hawai’i: Introduction

This guide was originally created by Eleanor Kleiber, the University of Hawaii at Manoa Pacific Collection Librarian, and D. Kealiʻi MacKenzie, during his internship with the UHM Hawaiian and Pacific Collection in 2012. It includes clear definitions of vernacular terms for queer identities in Pacific and Hawai’i, as well as links to a number of resources and groups supporting Pacific Islander gender and sexual identity organizations.

This is a book distributed through Creative Commons license that collects and shares queer stories from various countries and perspectives in Africa.

Art Attack is an artivist collective based in Nairobi that released this controversial music video to raise awareness of homosexuality and LGBTQ+ issues in Kenya. The music video was heavily censored by the Kenyan government.

Sexualities and Genders in Zapotec Oaxaca

This ethnography of sexual identities in Mexico provides an overview of the history and culture of the sexual and gender identities in Oaxaca, including an examination of the role of muxes.

An up-to-date resource guide and podcast series about and for Takatāpui and LGBTQ+ Maori people and their families.