Fabulous! The story of queer cinema directed by Lisa Ades and Lesli Klainberg 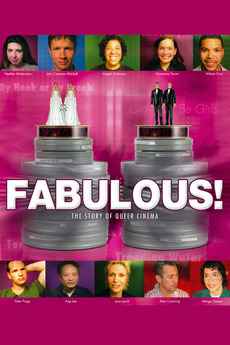 Film Channel World-wide.  Covering mainstream and indie cinema’s LGBTQ landmarks, such as Todd Haynes’ Poison (1991) and Ang Lee’s Brokeback Mountain (2005), this documentary provides analysis and interviews of the depictions and representations of LGBTQ experiences and communities in the U.S.  Fabulous! is often viewed as the descendent of the classic documentary The celluloid closet: Homosexuality in the Movies, but with a focus on queer cinema rather than on LGBTQ representations in mainstream, mostly heteronormative cinema. Though not unanimously well-reviewed, this resource provides a look that is hard to find elsewhere of late 20th and early 21st century popular queer cinema.

The Advocate is an online, LGBTQ magazine (also available in print) established in 1967, making it the oldest continuously-published LGBTQ periodical in the U.S.  Its website provides commentary and news about the LGBTQ spectrum of experiences and subcultures, including news, politics, and arts & culture. Its Art & Entertainment: Film and Television sections cover Hollywood, indie, and arthouse cinema, as well as reviews, news, and interviews about current TV.

AfterEllen was established in 2002 to provide feminist and queer perspectives on pop culture and media.  Its name references the historical significance and lasting impact on media and culture of the coming out of the character Ellen Morgan (played by Ellen DeGeneres) in 1997 in the fourth season of the ABC network TV sitcom “Ellen.” The Movies and TV sections on the website provide reviews of lesbian and bisexual films and TV.

With 24.1K followers, the U.K.-based organization All About Trans’ Twitter account is a useful source for commentary on trans voices in popular media of all kinds. The organization’s goal is to foster dialog between the trans community and media professionals in order to promote visibility and accurate portrayals of trans people in media.

Established in 2009 by Riese Bernard and Alexandra Vega, this website provides a platform for commentary on news and popular culture from feminist and queer perspectives. Autostraddle has won numerous awards since its inception, notably the 2015 GLAAD Media Award, and it has been been nominated for many others, including the GLAAD Digital Journalism Award.  Its Arts & Popular Culture: Film and TV sections provide reviews, news, and analysis of recent films and films in production, as well as for TV series. 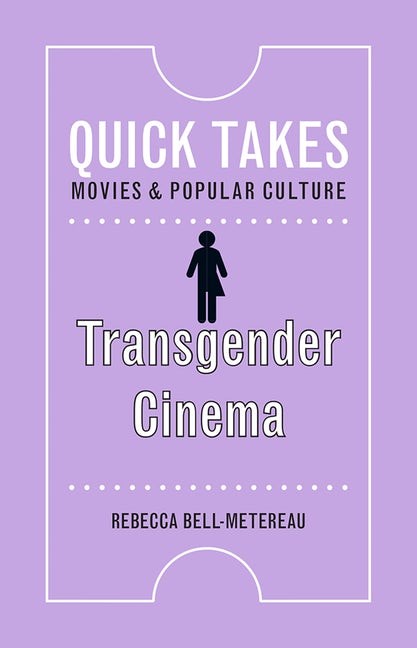 Bell-Metereau provides a history of depictions of transgender people from the silent era through the present in documentaries, classic and cult feature films, television, and world cinema.  She examines these representations and their effects on both popular understandings of transgender people and transgender people’s self-image. There are few recent, book-length, scholarly treatments of transgender cinema with this scope. This work fills a gap in LGBTQ media criticism, which often focuses on sexual orientation more than on gender identity.

Established in 1976, this peer-reviewed journal is a mainstay for scholarship in the areas of media studies and audiovisual culture examined from feminist and queer perspectives.  It is published by Duke University Press. Camera obscura has published groundbreaking articles, such as Mulvey’s (1975) “Visual pleasure and narrative cinema.”  B. Ruby Rich, an influential LGBTQ film studies theorist, serves on its editorial advisory board.

Complex is among the leading, queer, of color film critics with 17.9K Twitter followers.  She tweets regularly about issues beyond LGBTQ+ media representation, but maintains an overall focus on inclusivity relating to sexuality and race/ethnicity in media.  Beyond Twitter, she reviews films and provides critical commentary on entertainment media for BlackGirlNerds, Harper’s Bazaar, The Playlist, /Film, Rotten Tomatoes, and other media reviews/criticism sources.

The celluloid closet directed by Rob Epstein and Jeffrey Friedman

Based on LGBTQ activist and film historian Vito Russo’s classic 1981 (revised edition 1987) book The celluloid closet: Homosexuality in the movies, this film provides an overview of LGBTQ depictions from the silent era to films of the early 1990s.  Including footage of over 120 films, as well as interviews with directors and actors, this documentary was the first of its kind in examining LGBTQ representations in popular, mainstream film with such scope.  Like the book on which it is based, it uncovers sometimes surprising, early depictions of homosexuality in film and analyzes the historical development of queer representations in relation to motion picture industry censorship known as the Hayes Code and the Production Code.

Frameline is a San Francisco-based organization established in 1977 to promote and showcase queer cinema.  The annual Frameline International LGBTQ Film Festival is a showcase for new works and new artists and takes place during Pride Month with screenings in the historic SF gay neighborhood, the Castro District.  Frameline Distribution was established in 1981 and is the only distributor focusing solely on LGBTQ films.

The GLAAD Media Institute was founded in 1985 with the mission of highlighting media’s role in providing visibility to the LGBTQ community and shedding light on negative representations.  The GLAAD Research arm regularly publishes useful analysis of LGBTQ media representations. This resource offers a detailed look and executive summary of the number and type of LGBTQ characters and the level of diversity on TV series from multiple platforms, including streaming, cable, and network.  Chapters include numbers of characters by race/ethnicity, by sexual orientation, and by gender identity, and Spanish-language series are included. The Where we are on TV report has been published each year since 2005, allowing for both year-to-year and longer range comparisons of some of the key changes of LGBTQ representation in the media landscape from a quantitative point of view. There is no other consistently-published resource that provides this type of data.

Kanopy is a major streaming media platform available through many academic and public libraries (no personal subscriptions available).  Its catalog of over 30,000 films includes both classic and recent LGBTQ films, including major award-winners like Moonlight, lesser-known cult and indie films, LGBTQ world cinema in all genres, and documentaries.  Its “LGBTQ Collection” currently provides access to 165 narrative films from 1950-present, including works by key LGBTQ directors such as Cheryl Dunye, and films from the prestigious LGBTQ Film Festivals Frameline and Outfest.  This platform also includes, to date, 265 LGBTQ documentaries in a collection called “LGBTQ Stories.” A handful of these focus on media representation, such as Homo Promo: Vintage LGBT Movie Trailers, Lavendar Limelight: Spotlight on Lesbian Filmmakers, and A Bit of Scarlet: Gay Characters in Post- War British Cinema. Kanopy enables fast turn-around times for closed-captioning on demand for films not already captioned.

The NYC-based Newfest organization has offered screenings of LGBTQ films and educational programs for young filmmakers in the NYC-area for thirty years, including the widely-known annual New York LGBT Film Festival.  This festival was established in 1988, takes place each October in the NYC area, and is one of the most prestigious and comprehensive queer film festivals in the world. NewFest also sponsors queer cinema screenings year-round in the NYC area.

Outfest is an advocacy organization established in 1982 by UCLA students with a mission of using cinematic storytelling to promote equality for sexual and gender minorities. In partnership with the UCLA Film & Television Archive, the organization works to protect historic and archival LGBTQ films. The annual Outfest Film Festival showcases queer cinema from around the world.  In addition to screenings, the organization offers mentoring programs for young filmmakers.

The queer fantasies of the American family sitcom by Tison Pugh

This is an open access text (CC Attribution-NonCommercial-NoDerivatives). In this work, Pugh, professor of English at the University of Central Florida, investigates heteronormative sitcoms such as “Leave it to Beaver,” and contemporary sitcoms featuring LGBTQ characters such as “Modern Family.” He analyzes homophobia, the sexualization of girls, and gay stereotypes. This text is recommended for undergraduates through faculty in CHOICE: Current reviews for academic libraries.

New queer cinema: The director’s cut by B. Ruby Rich

Rich, Professor of Film and Digital Media and Director of the Social Documentation M.A. Program at the University of California, Santa Cruz, is a key scholar in the field of LGBTQ media criticism.  She created the genre term “New Queer Cinema” (NQC) in 1992 to describe the directions in which LGBTQ cinema was moving and how it differed from the past aesthetically and politically. This work provides access to many of her seminal, past publications, as well as to newer material. She covers LGBTQ film festivals, the landscape of queer cinema, and important contributors to the genre, including Todd Haynes, Derek Jarman, Julián Hernández, and Ang Lee.

Ellis is a YouTube UK Ambassador and a speaker and activist for women’s and LGBTQ issues.  Her YouTube videos offer analysis and criticism of popular culture and media from a feminist/queer perspective.  Ellis ranks #92 on Autostraddle’s Top 100 List of LGBTQ YourTubers, and has over 12K subscribers. She is active on Twitter: @HeyRowanEllis

The celluloid closet: Homosexuality in the movies by Vito Russo

This is a classic work in LGBTQ film studies first published in 1981.  Russo, a prominent LGBTQ activist and film historian, covers the visibility of LGBTQ characters and themes in Hollywood cinema from the silent era to the 1980s.  In 1995, Rob Epstein and Jeffrey Friedman directed a now-classic documentary film of the same title based on his work. This documentary picks up where Russo left off and includes early-1990s films such as Thelma and Louise.

This is an OER full course (CC Attribution-NonCommerical-ShareAlike).  This course includes readings, films, and assignments and provides historical analysis of post-World War II cinema through the lens of queer theory.

This material was created by educators associated with the University of Southern California’s Annenberg School for Media and Communication, a leader in media education in the U.S. It is intended for use by students from age eight through high school. It includes an overview of LGBTQ representation in the media and a lesson plan with activities geared to teaching critical thinking and empathy, and there is a focus on teaching students to read media texts. Strengths of this resource are the inclusion of many media examples, from commercials to movies to TV series and news clips, and its all-in-one, Common Core-aligned format.  The Critical Media Project is a free, online resource, but not openly-licensed.