A greater discussion on disorders affecting children and special educational services to assist them will occur in chapter 5. However, because characteristics of Autism Spectrum Disorder must be present in the early developmental period, as established by the Diagnostic and Statistical Manual of Mental Disorders (DSM-5) (American Psychiatric Association (APA), 2013), this disorder will be presented here. So what exactly is an Autism Spectrum Disorder?

Autism spectrum disorder is probably the most misunderstood and puzzling of the neurodevelopmental disorders. Children with this disorder show signs of significant disturbances in three main areas: (a) deficits in social interaction, (b) deficits in communication, and (c) repetitive patterns of behavior or interests. These disturbances appear early in life and cause serious impairments in functioning (APA, 2013). The child with autism spectrum disorder might exhibit deficits in social interaction by not initiating conversations with other children or turning their head away when spoken to. These children do not make eye contact with others and seem to prefer playing alone rather than with others. In a certain sense, it is almost as though these individuals live in a personal and isolated social world others are simply not privy to or able to penetrate. Communication deficits can range from a complete lack of speech, to one word responses (e.g., saying “Yes” or “No” when replying to questions or statements that require additional elaboration), to echoed speech (e.g., parroting what another person says, either immediately or several hours or even days later), to difficulty maintaining a conversation because of an inability to reciprocate others’ comments. These deficits can also include problems in using and understanding nonverbal cues (e.g., facial expressions, gestures, and postures) that facilitate normal communication. 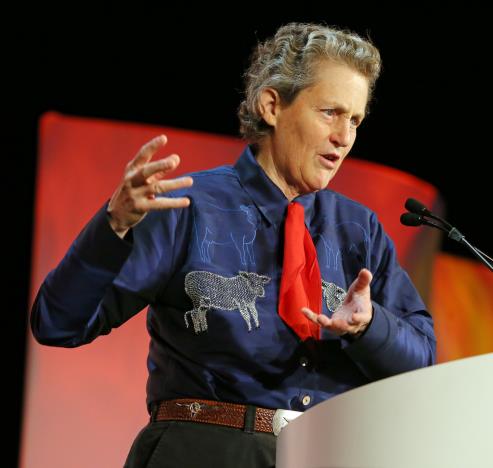 Figure 4.19 Dr. Temple Grandin, an advocate for individuals with autism

Repetitive patterns of behavior or interests can be exhibited a number of ways. The child might engage in stereotyped, repetitive movements (rocking, head-banging, or repeatedly dropping an object and then picking it up), or she might show great distress at small changes in routine or the environment. For example, the child might throw a temper tantrum if an object is not in its proper place or if a regularly- scheduled activity is rescheduled. In some cases, the person with autism spectrum disorder might show highly restricted and fixated interests that appear to be abnormal in their intensity. For instance, the child might learn and memorize every detail about something even though doing so serves no apparent purpose. Importantly, autism spectrum disorder is not the same thing as intellectual disability, although these two conditions can occur together. The DSM-5 specifies that the symptoms of autism spectrum disorder are not caused or explained by intellectual disability.
The qualifier “spectrum” in autism spectrum disorder is used to indicate that individuals with the disorder can show a range, or spectrum, of symptoms that vary in their magnitude and severity: Some severe, others less severe. The previous edition of the DSM included a diagnosis of Asperger’s disorder, generally recognized as a less severe form of autistic disorder; individuals diagnosed with Asperger’s disorder were described as having average or high intelligence and a strong vocabulary, but exhibiting impairments in social interaction and social communication, such as talking only about their special interests (Wing, Gould, & Gillberg, 2011). However, because research has failed to demonstrate that Asperger’s disorder differs qualitatively from autistic disorder, the DSM-5 does not include it. Some individuals with autism spectrum disorder, particularly those with better language and intellectual skills, can live and work independently as adults. However, most do not because the symptoms remain sufficient to cause serious impairment in many realms of life (APA, 2013).

Currently, estimates indicate that nearly 1 in 88 children in the United States has autism spectrum disorder; the disorder is 5 times more common in boys (1 out of 54) than girls (1 out of 252) (CDC, 2012). Rates of autistic spectrum disorder have increased dramatically since the 1980s. For example, California saw an increase of 273% in reported cases from 1987 through 1998 (Byrd, 2002); between 2000 and 2008, the rate of autism diagnoses in the United States increased 78% (CDC, 2012). Although it is difficult to interpret this increase, it is possible that the rise in prevalence is the result of the broadening of the diagnosis, increased efforts to identify cases in the community, and greater awareness and acceptance of the diagnosis. In addition, mental health professionals are now more knowledgeable about autism spectrum disorder and are better equipped to make the diagnosis, even in subtle cases (Novella, 2008).

The exact causes of autism spectrum disorder remain unknown despite massive research efforts over the last two decades (Meek, Lemery-Chalfant, Jahromi, & Valiente, 2013). Autism appears to be strongly influenced by genetics, as identical twins show concordance rates of 60%– 90%, whereas concordance rates for fraternal twins and siblings are 5%–10% (Autism Genome Project Consortium, 2007). Many different genes and gene mutations have been implicated in autism (Meek et al., 2013). Among the genes involved are those important in the formation of synaptic circuits that facilitate communication between different areas of the brain (Gauthier et al., 2011). A number of environmental factors are also thought to be associated with increased risk for autism spectrum disorder, at least in part, because they contribute to new mutations. These factors include exposure to pollutants, such as plant emissions and mercury, urban versus rural residence, and vitamin D deficiency (Kinney, Barch, Chayka, Napoleon, & Munir, 2009).

There is no scientific evidence that a link exists between autism and vaccinations (Hughes, 2007). Indeed, a recent study compared the vaccination histories of 256 children with autism spectrum disorder with that of 752 control children across three time periods during their first two years of life (birth to 3 months, birth to 7 months, and birth to 2 years) (DeStefano, Price, & Weintraub, 2013). At the time of the study, the children were between 6 and 13 years old, and their prior vaccination records were obtained. Because vaccines contain immunogens (substances that fight infections), the investigators examined medical records to see how many immunogens children received to determine if those children who received more immunogens were at greater risk for developing autism spectrum disorder. The results of this study clearly demonstrated that the quantity of immunogens from vaccines received during the first two years of life were not at all related to the development of autism spectrum disorder.