The decreased participation in school physical education and youth sports is just one of many factors that has led to an increase in children being overweight or obese. The current measurement for determining excess weight is the Body Mass Index (BMI) which expresses the relationship of height to weight. According to the Centers for Disease Control and Prevention (CDC), children’s whose BMI is at or above the 85th percentile for their age are considered overweight, while children who are at or above the 95th percentile are considered obese (Lu, 2016). In 2011-2012 approximately 8.4% of 2-5 year-olds were considered overweight or obese, and 17.7% of 6-11 year-olds were overweight or obese (CDC, 2014b). Excess weight and obesity in children is associated with a variety of medical and cognitive conditions including high blood pressure, insulin resistance, inflammation, depression, and lower academic achievement (Lu, 2016). 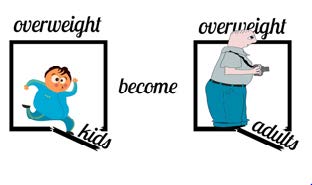 Figure 5.4 Being overweight can be a lifelong struggle

Being overweight has also been linked to impaired brain functioning, which includes deficits in executive functioning, working memory, mental flexibility, and decision making (Liang, Matheson, Kaye, & Boutelle, 2014). Children who ate more saturated fats performed worse on relational memory tasks, while eating a diet high in omega-3 fatty acids promoted relational memory skills (Davidson, 2014). Using animal studies Davidson et al. (2013) found that large amounts of processed sugars and saturated fat weakened the blood-brain barrier, especially in the hippocampus. This can make the brain more vulnerable to harmful substances that can impair its functioning. Another important executive functioning skill is controlling impulses and delaying gratification. Children who are overweight show less inhibitory control than normal weight children, which may make it more difficult for them to avoid unhealthy foods (Lu, 2016). Overall, being overweight as a child increases the risk for cognitive decline as one ages.

A growing concern is the lack of recognition from parents that children are overweight or obese. Katz (2015) referred to this as “Oblivobesity”. Black et al. (2015) found that parents in the United Kingdom (UK) only recognized their children as obese when they were above the 99.7th percentile while the official cut-off for obesity is at the 85th percentile. Oude Luttikhuis, Stolk, and Sauer (2010) surveyed 439 parents and found that 75% of parents of overweight children said the child had a normal weight and 50% of parents of obese children said the child had a normal weight. For these parents, overweight was considered normal and obesity was considered normal or a little heavy. Doolen, Alpert, and Miller (2009) reported on several studies from the United Kingdom, Australia, Italy, and the United States, and in all locations parents were more likely to misperceive their children’s weight. Black, Park, and Gregson (2015) concluded that as the average weight of children rises, what parents consider normal also rises. Needless to say, if parents cannot identify if their children are overweight they will not be able to intervene and assist their children with proper weight management.

An added concern is that the children themselves are not accurately identifying if they are overweight. In a United States sample of 8-15 year-olds, more than 80% of overweight boys and 70% of overweight girls misperceived their weight as normal (Sarafrazi, Hughes, & Borrud, 2014). Also noted was that as the socioeconomic status of the children rose, the frequency of these misconceptions decreased. It appeared that families with more resources were more conscious of what defines a healthy weight.

Children who are overweight tend to be rejected, ridiculed, teased and bullied by others (Stopbullying.gov, 2016). This can certainly be damaging to their self-image and popularity. In addition, obese children run the risk of suffering orthopedic problems such as knee injuries, and they have an increased risk of heart disease and stroke in adulthood (Lu, 2016). It is hard for a child who is obese to become a non-obese adult. In addition, the number of cases of pediatric diabetes has risen dramatically in recent years.
Behavioral interventions, including training children to overcome impulsive behavior, are being researched to help overweight children (Lu, 2016).
Practicing inhibition has been shown to strengthen the ability to resist unhealthy foods. Parents can help their overweight children the best when they are warm and supportive without using shame or guilt. Parents can also act like the child’s frontal lobe until it is developed by helping them make correct food choices and praising their efforts (Liang, et al., 2014). Research also shows that exercise, especially aerobic exercise, can help improve cognitive functioning in overweight children (Lu, 2016). Parents should take caution against emphasizing diet alone to avoid the development of any obsession about dieting that can lead to eating disorders. Instead, increasing a child’s activity level is most helpful.

Recall from the last chapter that children in early childhood are in Piaget’s preoperational stage, and during this stage, children are learning to think symbolically about the world. Cognitive skills continue to expand in middle and late childhood as thought processes become more logical and organized when dealing with concrete information. Children at this age understand concepts such as past, present, and future, giving them the ability to plan and work toward goals. Additionally, they can process complex ideas such as addition and subtraction and cause-and- effect relationships.