As toddlers, children may begin to show a preference for certain playmates (Ross & Lollis, 1989). However, peer interactions at this age often involve more parallel play rather than intentional social interactions (Pettit, Clawson, Dodge, & Bates, 1996). By age four, many children use the word “friend” when referring to certain children, and do so with a fair degree of stability (Hartup, 1983). However, among young children “friendship” is often based on proximity, such as they live next door, attend the same school, or it refers to whomever they just happen to be playing with at the time (Rubin, 1980). 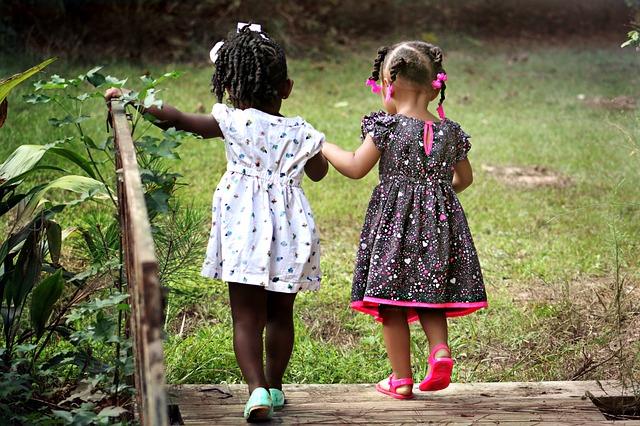 Friendships take on new importance as judges of one’s worth, competence, and attractiveness in middle and late childhood. Friendships provide the opportunity for learning social skills, such as how to communicate with others and how to negotiate differences. Children get ideas from one another about how to perform certain tasks, how to gain popularity, what to wear or say, and how to act. This society of children marks a transition from a life focused on the family to a life concerned with peers. During middle and late childhood, peers increasingly play an important role. For example, peers play a key role in a child’s self-esteem at this age as any parent who has tried to console a rejected child will tell you. No matter how complimentary and encouraging the parent may be, being rejected by friends can only be remedied by renewed acceptance. Children’s conceptualization of what makes someone a “friend” changes from a more egocentric understanding to one based on mutual trust and commitment. Both Bigelow (1977) and Selman (1980) believe that these changes are linked to advances in cognitive development.

Bigelow and La Gaipa (1975) outline three stages to children’s conceptualization of friendship. In stage one, reward-cost, friendship focuses on mutual activities. Children in early, middle, and late childhood all emphasize similar interests as the main characteristics of a good friend. Stage two, normative expectation, focuses on conventional morality; that is, the emphasis is on a friend as someone who is kind and shares with you. Clark and Bittle (1992) found that fifth graders emphasized this in a friend more than third or eighth graders. In the final stage, empathy and understanding, friends are people who are loyal, committed to the relationship, and share intimate information. Clark and Bittle (1992) reported eighth graders emphasized this more in a friend. They also found that as early as fifth grade, girls were starting to include a sharing of secrets, and not betraying confidences as crucial to someone who is a friend.

Selman (1980) outlines five stages of friendship from early childhood through to adulthood. In stage 0, momentary physical interaction, a friend is someone who you are playing with at this point in time. Selman notes that this is typical of children between the ages of three and six.

These early friendships are based more on circumstances (e.g., a neighbor) than on genuine similarities. In stage 1, one-way assistance, a friend is someone who does nice things for you, such as saving you a seat on the school bus or sharing a toy. However, children in this stage, do not always think about what they are contributing to the relationships. Nonetheless, having a friend is important and children will sometimes put up with a not so nice friend, just to have a friend. Children as young as five and as old as nine may be in this stage. In stage 2, fair- weather cooperation, children are very concerned with fairness and reciprocity, and thus, a friend is someone returns a favor. In this stage, if a child does something nice for a friend there is an expectation that the friend will do something nice for them at the first available opportunity. When this fails to happen, a child may break off the friendship. Selman found that some children as young as seven and as old as twelve are in this stage. In stage 3, intimate and mutual sharing, typically between the ages of eight and fifteen, a friend is someone who you can tell them things you would tell no one else. Children and teens in this stage no longer “keep score”, and do things for a friend because they genuinely care for the person. If a friendship dissolves in the stage it is usually due to a violation of trust. However, children in this stage do expect their friend to share similar interests and viewpoints and may take it as a betrayal if a friend likes someone that they do not. In stage 4, autonomous interdependence, a friend is someone who accepts you and that you accept as they are. In this stage children, teens, and adults accept and even appreciate differences between themselves and their friends. They are also not as possessive, so they are less likely to feel threatened if their friends have other relationships or interests. Children are typically twelve or older in this stage.

Peer Relationships: Sociometric assessment measures attraction between members of a group, such as a classroom of students. In sociometric research children are asked to mention the three children they like to play with the most, and those they do not like to play with. The number of times a child is nominated for each of the two categories (like, do not like) is tabulated. Popular children receive many votes in the “like” category, and very few in the “do not like” category. In contrast, rejected children receive more unfavorable votes, and few favorable ones. 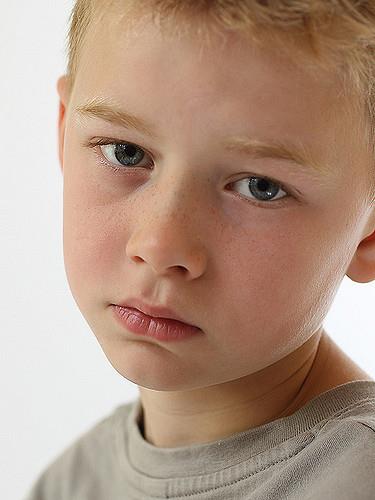 Most children want to be liked and accepted by their friends. Some popular children are nice and have good social skills. These popular-prosocial children tend to do well in school and are cooperative and friendly. Popular-antisocial children may gain popularity by acting tough or spreading rumors about others (Cillessen & Mayeux, 2004). Rejected children are sometimes excluded because they are rejected-withdrawn.

These children are shy and withdrawn and are easy targets for bullies because they are unlikely to retaliate when belittled (Boulton, 1999). Other rejected children are rejected-aggressive and are ostracized because they are aggressive, loud, and confrontational. The aggressive-rejected children may be acting out of a feeling of insecurity. Unfortunately, their fear of rejection only leads to behavior that brings further rejection from other children. Children who are not accepted are more likely to experience conflict, lack confidence, and have trouble adjusting