Our discussion will now focus on the physical, cognitive and socioemotional development during the ages from two to six, referred to as early childhood. Early childhood represents a time period of continued rapid growth, especially in the areas of language and cognitive development. Those in early childhood have more control over their emotions and begin to pursue a variety of activities that reflect their personal interests. Parents continue to be very important in the child’s development, but now teachers and peers exert an influence not seen with infants and toddlers. 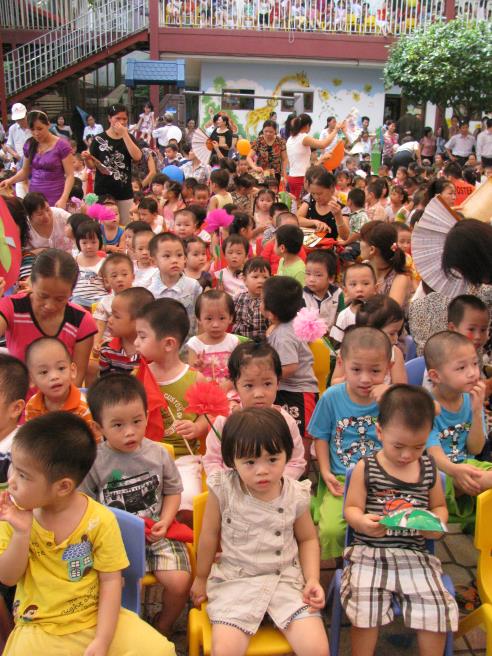 Overall Physical Growth: Children between the ages of two and six years tend to grow about 3 inches in height and gain about 4 to 5 pounds in weight each year. Just as in infancy, growth occurs in spurts rather than continually. According to the Centers for Disease Control and Prevention (2000) the average 2 year-old weighs between 23 and 28 pounds and stands between 33 and 35 inches tall. The average 6 year-old weighs between 40 and 50 pounds and is about 44 to 47 inches in height. The 3 year-old is still very similar to a toddler with a large head, large stomach, short arms and legs. By the time the child reaches age 6, however, the torso has lengthened and body proportions have become more like those of adults.