Middle adulthood, or midlife, refers to the period of the lifespan between early adulthood and late adulthood. Although ages and tasks are culturally defined, the most common age definition is from 40-45 to 60-65. This may be the least studied time of the lifespan, and research on this developmental period is relatively new as many aspects of midlife are still being explored. In the United States, the large Baby Boom cohort (those born between 1946 and 1964) are now midlife adults (and some even late adults) and this has led to increased interest in this developmental stage. We do know that this stage reflects both developmental gains and losses and that there are considerable individual differences, but there is still much to learn about this age group.

Each person experiences age-related physical changes based on many factors: biological factors, such as molecular and cellular changes, and oxidative damage are called primary aging, while aging that occurs due to controllable factors, such as an unhealthy lifestyle including lack of physical exercise and poor diet, is called secondary aging (Busse, 1969). These factors are shown in Figure 8.1. 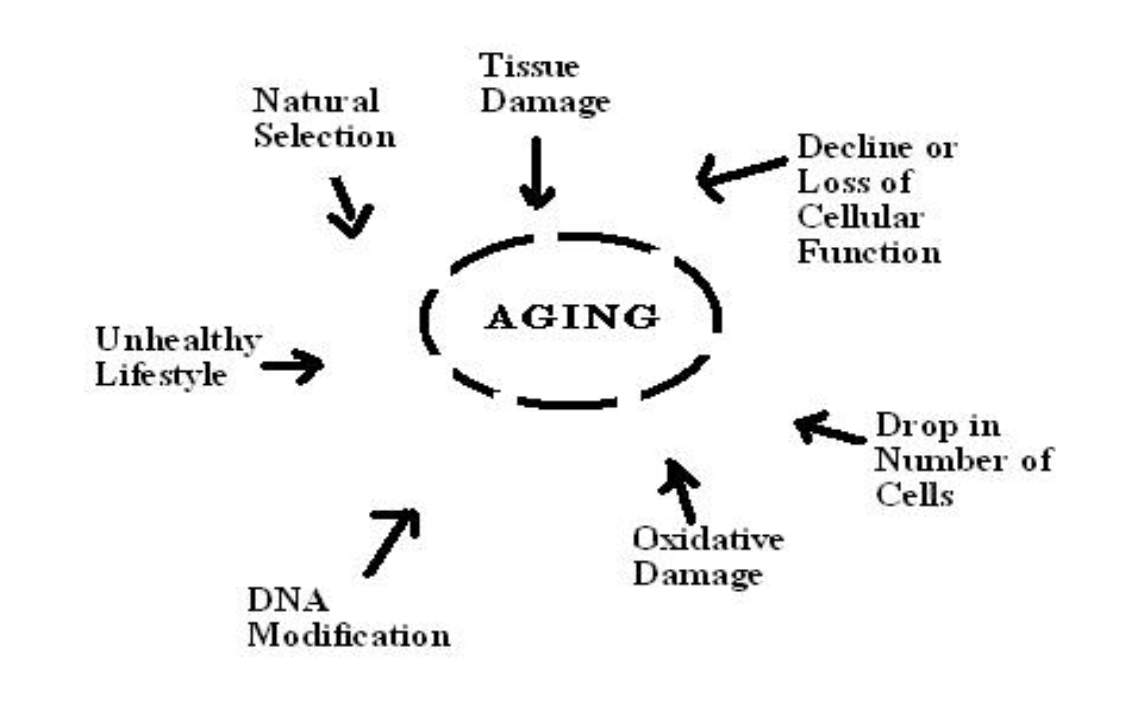 Getting out of shape is not an inevitable part of aging; it is probably due to the fact that middle adults become less physically active and have experienced greater stress. Smoking tobacco, drinking alcohol, poor diet, stress, physical inactivity, and chronic disease such as diabetes or arthritis reduce overall health. However, there are things can be done to combat many of these changes by adopting healthier lifestyles.