Mothers over 35: Most women over 35 who become pregnant are in good health and have healthy pregnancies. However, according to the March of Dimes (2016d), women over age 35 are more likely to have an increased risk of:

Because a woman is born with all her eggs, environmental teratogens can affect the quality of the eggs as women get older. Also, a woman’s reproductive system ages which can adversely affect the pregnancy. Some women over 35 choose special prenatal screening tests, such as a maternal blood screening, to determine if there are any health risks for the baby. 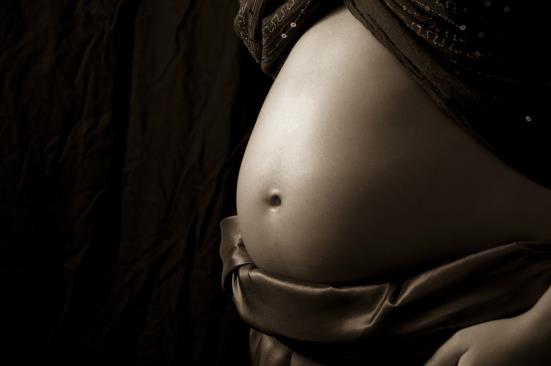 Although there are medical concerns associated with having a child later in life, there are also many positive consequences to being a more mature parent. Older parents are more confident, less stressed, and typically married providing family stability. Their children perform better on math and reading tests, and they are less prone to injuries or emotional troubles (Albert, 2013).

Women who choose to wait are often well educated and lead healthy lives. According to Gregory (2007), older women are more stable, demonstrate a stronger family focus, possess greater self-confidence, and have more money.

Having a child later in one’s career equals overall higher wages. In fact, for every year a woman delays motherhood, she makes 9% more in lifetime earnings. Lastly, women who delay having children actually live longer. Sun et al. (2015) found that women who had their last child after the age of 33 doubled their chances of living to age 95 or older than women who had their last child before their 30th birthday. A woman’s natural ability to have a child at a later age indicates that her reproductive system is aging slowly, and consequently so is the rest of her body.

Teenage Pregnancy: A teenage mother is at a greater risk for having pregnancy complications including anemia, and high blood pressure. These risks are even greater for those under age 15. Infants born to teenage mothers have a higher risk for being premature and having low birthweight or other serious health problems. Premature and low birthweight babies may have organs that are not fully developed which can result in breathing problems, bleeding in the brain, vision loss, and serious intestinal problems. Very low birthweight babies (less than 3 1/3 pounds) are more than 100 times as likely to die, and moderately low birthweight babies (between 3 1/3 and 5 ½ pounds) are more than 5 times as likely to die in their first year, than normal weight babies (March of Dimes, 2012c). Again, the risk is highest for babies of mothers under age 15. Reasons for these health issues include that teenagers are the least likely of all age groups to get early and regular prenatal care. Additionally, they may engage in negative behaviors including eating unhealthy food, smoking, drinking alcohol, and taking drugs.

Additional concerns for teenagers are repeat births. About 25% of teen mothers under age 18 have a second baby within 2 years after the first baby’s birth.

Rh Disease: Rh is a protein found in the blood. Most people are Rh positive, meaning they have this protein. Some people are Rh negative, meaning this protein is absent. Mothers who are Rh negative are at risk of having a baby with a form of anemia called Rh disease (March of Dimes, 2009). A father who is Rh-positive and mother who is Rh-negative can conceive a baby who is Rh-positive. Some of the fetus’s blood cells may get into the mother’s bloodstream and her immune system is unable to recognize the Rh factor. The immune system starts to produce antibodies to fight off what it thinks is a foreign invader. Once her body produces immunity, the antibodies can cross the placenta and start to destroy the red blood cells of the developing fetus. As this process takes time, often the first Rh positive baby is not harmed, but as the mother’s body will continue to produce antibodies to the Rh factor across her lifetime, subsequent pregnancies can pose greater risk for an Rh positive baby. In the newborn, Rh disease can lead to jaundice, anemia, heart failure, brain damage and death.

Weight Gain during Pregnancy: According to March of Dimes (2016f) during pregnancy most women need only an additional 300 calories per day to aid in the growth of the fetus. Gaining too little or too much weight during pregnancy can be harmful. Women who gain too little may have a baby who is low-birth weight, while those who gain too much are likely to have a premature or large baby. There is also a greater risk for the mother developing preeclampsia and diabetes, which can cause further problems during the pregnancy. Table 2.4 shows the healthy weight gain during pregnancy. Putting on the weight slowly is best. Mothers who are concerned about their weight gain should talk to their health care provider.

Stress: Feeling stressed is common during pregnancy, but high levels of stress can cause complications including having a premature baby or a low-birthweight baby. Babies born early or too small are at an increased risk for health problems. Stress-related hormones may cause these complications by affecting a woman’s immune systems resulting in an infection and premature birth. Additionally, some women deal with stress by smoking, drinking alcohol, or taking drugs, which can lead to problems in the pregnancy. High levels of stress in pregnancy have also been correlated with problems in the baby’s brain development and immune system functioning, as well as childhood problems such as trouble paying attention and being afraid (March of Dimes, 2012b).

Depression: Depression is a significant medical condition in which feelings of sadness, worthlessness, guilt, and fatigue interfere with one’s daily functioning. Depression can occur before, during, or after pregnancy, and 1 in 7 women is treated for depression sometime between the year before pregnancy and year after pregnancy (March of Dimes, 2015a). Women who have experienced depression previously are more likely to have depression during pregnancy.

Consequences of depression include the baby being born premature, having a low birthweight, being more irritable, less active, less attentive, and having fewer facial expressions. About 13% of pregnant women take an antidepressant during pregnancy. It is important that women taking antidepressants during pregnancy discuss the medication with a health care provider as some medications can cause harm to the developing organism. In fact, birth defects happen about 2 to 3 times more often in women who take certain Selective Serotonin Reuptake Inhibitors (SSRIs). Depression is not the same as the Baby Blues. The baby Blues are feelings of sadness that occur 3 to 5 days after having a baby, and typically disappear usually within 10 days of the birth. New mothers may have trouble sleeping, be moody, and feel let-down from the birthing experience. According to the Diagnostic and Statistical Manual of Mental Disorders-5th edition (DSM-V), (American Psychiatric Association, 2013), peripartum onset of depression, also known as Postpartum Depression, is a type of depression that occurs during pregnancy or in the 4 weeks following pregnancy. Approximately 1 out of 8 women experience postpartum depression.

Changing hormone levels are thought to be a factor in its occurrence, however, risk factors include having depression previously, a family history of depression, being younger than 20, experiencing stress, and substance use.

Peripartum-onset mood disorders, both depression and mania, can present with or without psychotic features. Hallucinations and delusions are associated with postpartum psychotic episodes, and have included command hallucinations to kill the infant or delusions that the infant is possessed. Psychotic features occur in approximately 1 in 500 to 1 in 1,000 deliveries, and the risk is higher for women with prior postpartum mood episodes (American Psychiatric Association, 2013).

Paternal Impact: The age of fathers at the time of conception is also an important factor in health risks for children. According to Nippoldt (2015) offspring of men over 40 face an increased risk of miscarriages, autism, birth defects, achondroplasia (bone growth disorder) and schizophrenia. These increased health risks are thought to be due to accumulated chromosomal aberrations and mutations during the maturation of sperm cells in older men (Bray, Gunnell, & Smith, 2006). However, like older women, the overall risks are small.

In addition, men are more likely than women to work in occupations where hazardous chemicals, many of which have teratogenic effects or may cause genetic mutations, are used (Cordier, 2008). These may include petrochemicals, lead, and pesticides that can cause abnormal sperm and lead to miscarriages or diseases. Men are also more likely to be a source of second hand smoke for their developing offspring. As noted earlier, smoking by either the mother or around the mother can hinder prenatal development.