Self-concept refers to beliefs about general personal identity (Seiffert, 2011). These beliefs include personal attributes, such as one’s age, physical characteristics, behaviors, and competencies. Children in middle and late childhood have a more realistic sense of self than do those in early childhood, and they better understand their strengths and weaknesses. This can be attributed to greater experience in comparing their own performance with that of others, and to greater cognitive flexibility. Children in middle and late childhood are also able to include other peoples’ appraisals of them into their self-concept, including parents, teachers, peers, culture, and media. Internalizing others’ appraisals and creating social comparison affect children’s self- esteem, which is defined as an evaluation of one’s identity. Children can have individual assessments of how well they perform a variety of activities and also develop an overall global self-assessment. If there is a discrepancy between how children view themselves and what they consider to be their ideal selves, their self-esteem can be negatively affected. 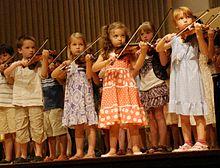 Figure 5.20 Hopefully these children have self-efficacy about playing the violin

Another important development in self- understanding is self-efficacy, which is the belief that you are capable of carrying out a specific task or of reaching a specific goal (Bandura, 1977, 1986, 1997). Large discrepancies between self-efficacy and ability can create motivational problems for the individual (Seifert, 2011). If a student believes that he or she can solve mathematical problems, then the student is more likely to attempt the mathematics homework that the teacher assigns. Unfortunately, the converse is also true. If a student believes that he or she is incapable of math, then the student is less likely to attempt the math homework regardless of the student’s actual ability in math. Since self-efficacy is self-constructed, it is possible for students to miscalculate or misperceive their true skill, and these misperceptions can have complex effects on students’ motivations. It is possible to have either too much or too little self-efficacy, and according to Bandura (1997) the optimum level seems to be either at, or slightly above, true ability.