Stages of Birth for Vaginal Delivery

The First Stage of labor begins with uterine contractions that may initially last about 30 seconds and be spaced 15 to 20 minutes apart. These increase in duration and frequency to more than a minute in length and about 3 to 4 minutes apart. Typically, doctors advise that they be called when contractions are coming about every 5 minutes. Some women experience false labor or Braxton-Hicks Contractions, especially with the first child. These may come and go. They tend to diminish when the mother begins walking around. Real labor pains tend to increase with walking. Labor may also be signaled by a bloody discharge being expelled from the cervix. In one out of 8 pregnancies, the amniotic sac or water in which the fetus is suspended may break before labor begins. In such cases, the physician may induce labor with the use of medication if it does not begin on its own in order to reduce the risk of infection. Normally this sac does not rupture until the later stages of labor.

The first stage of labor is typically the longest. During this stage the cervix or opening to the uterus dilates to 10 centimeters or just under 4 inches (See Figure 2.16). This may take around 12-16 hours for first children or about 6-9 hours for women who have previously given birth. Labor may also begin with a discharge of blood or amniotic fluid. 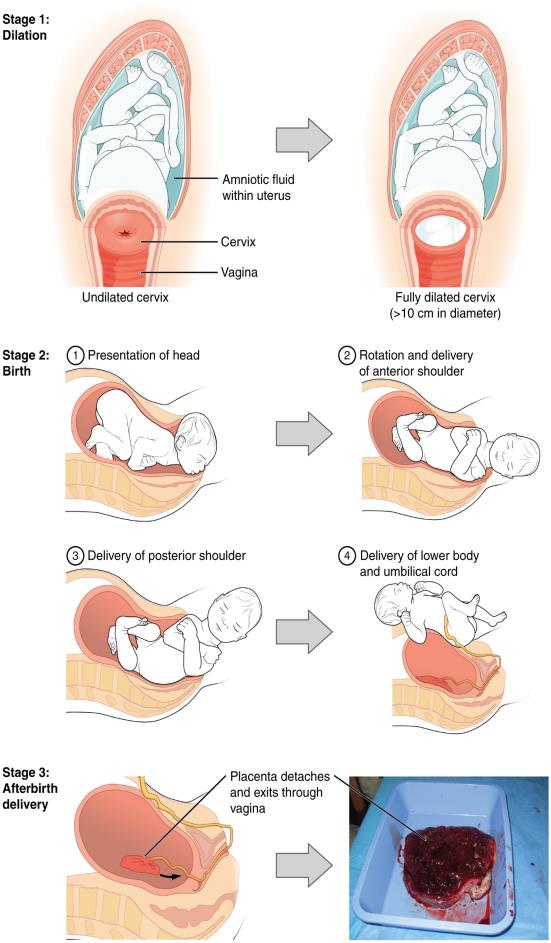 Figure 2.16 Stages of Birth for a Vaginal Delivery

The Second Stage involves the passage of the baby through the birth canal. This stage takes about 10-40 minutes. Contractions usually come about every 2-3 minutes. The mother pushes and relaxes as directed by the medical staff. Normally the head is delivered first. The baby is then rotated so that one shoulder can come through and then the other shoulder. The rest of the baby quickly passes through. At this stage, an episiotomy or incision made in the tissue between the vaginal opening and anus, may be performed to avoid tearing the tissue of the back of the vaginal opening (Mayo Clinic, 2016). The baby’s mouth and nose are suctioned out. The umbilical cord is clamped and cut.

The Third Stage is relatively painless. During this stage, the placenta or afterbirth is delivered. This is typically within 20 minutes after delivery. If an episiotomy was performed it is stitched up during this stage.

More than 50% of women giving birth at hospitals use an epidural anesthesia during delivery (American Pregnancy Association, 2015). An epidural block is a regional analgesic that can be used during labor and alleviates most pain in the lower body without slowing labor. The epidural block can be used throughout labor and has little to no effect on the baby. Medication is injected into a small space outside the spinal cord in the lower back. It takes 10 to 20 minutes for the medication to take effect. An epidural block with stronger medications, such as anesthetics, can be used shortly before a C-section or if a vaginal birth requires the use of forceps or vacuum extraction. A Cesarean Section (C-section) is surgery to deliver the baby by being removed through the mother’s abdomen. In the United States, about one in three women have their babies delivered this way (Martin et al., 2015). Most C-sections are done when problems occur during delivery unexpectedly. These can include:

C-sections are also more common among women carrying more than one baby. Although the surgery is relatively safe for mother and baby, it is considered major surgery and carries health risks. Additionally, it also takes longer to recover from a C-section than from vaginal birth. After healing, the incision may leave a weak spot in the wall of the uterus. This could cause problems with an attempted vaginal birth later. However, more than half of women who have a C-section can give vaginal birth later.

An Induced Birth: Sometimes a baby’s arrival may need to be Induced or delivered before labor begins. Inducing labor may be recommended for a variety of reasons when there is concern for the health of the mother or baby. For example: