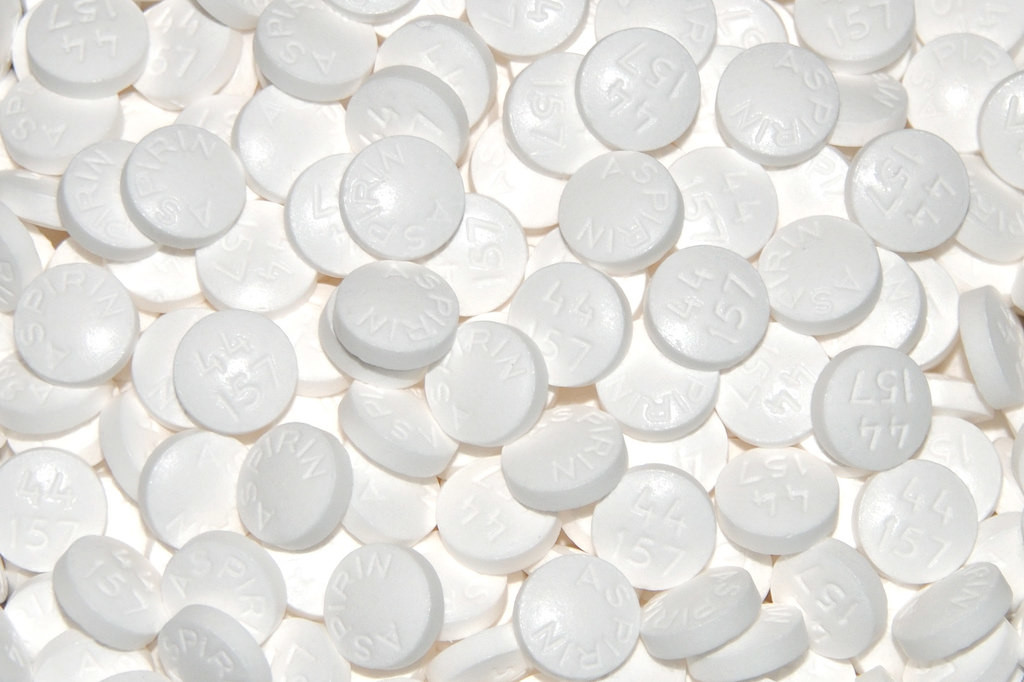 Imagine that, as a consumer of legal pharmaceutical products, you read a news story about a technological breakthrough in the production of aspirin: Now every aspirin factory can make aspirin more cheaply than it did before.

What does this discovery mean to the firm? Figure 1, below, illustrates two possibilities. In Figure 1 (a), the demand curve is drawn as highly inelastic. In this case, a technological breakthrough that shifts supply to the right, from S0 to S1, so that the equilibrium shifts from E0 to E1, creates a substantially lower price for the product with relatively little impact on the quantity sold. In Figure 1 (b), the demand curve is drawn as highly elastic. In this case, the technological breakthrough leads to a much greater quantity being sold in the market at very close to the original price. Consumers benefit more, in general, when the demand curve is more inelastic because the shift in the supply results in a much lower price for consumers. 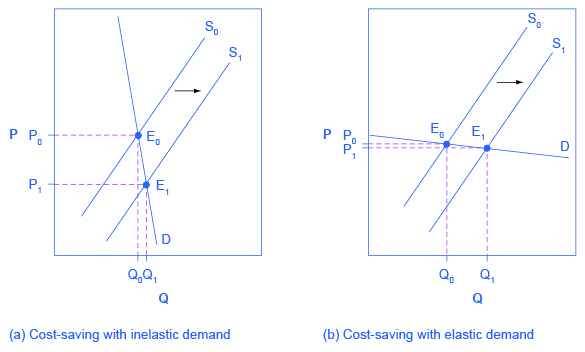 Figure 1. Passing along Cost Savings to Consumers. Cost-saving gains cause supply to shift out to the right from S0 to S1; that is, at any given price, firms will be willing to supply a greater quantity. If demand is inelastic, as in (a), the result of this cost-saving technological improvement will be substantially lower prices. If demand is elastic, as in (b), the result will be only slightly lower prices. Consumers benefit in either case, from a greater quantity at a lower price, but the benefit is greater when demand is inelastic, as in (a).

Producers of aspirin may find themselves in a nasty bind here. The situation shown in Figure 1, with extremely inelastic demand, means that a new invention may cause the price to drop dramatically while quantity changes little. As a result, the new production technology can lead to a drop in the revenue that firms earn from sales of aspirin. However, if strong competition exists between producers of aspirin, each producer may have little choice but to search for and implement any breakthrough that allows it to reduce production costs.

Since demand for food is generally inelastic, farmers may often face the situation in Figure 1 (a). That is, a surge in production leads to a severe drop in price that can actually decrease the total revenue received by farmers. Conversely, poor weather or other conditions that cause a terrible year for farm production can sharply raise prices so that the total revenue received increases. The example below discusses how these issues relate to coffee.

The reason for these price fluctuations stems from a combination of inelastic demand and shifts in supply. The elasticity of coffee demand is only about 0.3; that is, a 10% rise in the price of coffee leads to a decline of about 3% in the quantity of coffee consumed. When a major frost hit the Brazilian coffee crop in 1994, coffee supply shifted to the left with an inelastic demand curve, leading to much higher prices. Conversely, when Vietnam entered the world coffee market as a major producer in the late 1990s, the supply curve shifted out to the right. With a highly inelastic demand curve, coffee prices fell dramatically. This situation is shown in Figure 1 (a), above.

Elasticity also reveals whether firms can pass along higher costs to consumers. Addictive substances tend to fall into this category. For example, the demand for cigarettes is relatively inelastic among regular smokers who are pretty addicted; economic research suggests that increasing the price of cigarettes by 10% leads to about a 3% reduction in the quantity of cigarettes smoked by adults, so the elasticity of demand for cigarettes is 0.3. If society increases taxes on companies that make cigarettes, the result will be, as in Figure 2 (a), that the supply curve shifts from S0 to S1. However, as the equilibrium moves from E0 to E1, these taxes are mainly passed along to consumers in the form of higher prices. These higher taxes on cigarettes will raise tax revenue for the government, but they will not much affect the quantity of smoking.

Figure 2. Passing along Higher Costs to Consumers. Higher costs, like a higher tax on cigarette companies for the example given in the text, lead supply to shift to the left. This shift is identical in (a) and (b). However, in (a), where demand is inelastic, the cost increase can largely be passed along to consumers in the form of higher prices, without much of a decline in equilibrium quantity. In (b), demand is elastic, so the shift in supply results primarily in a lower equilibrium quantity. Consumers suffer in either case, but in (a), they suffer from paying a higher price for the same quantity, while in (b), they suffer from buying a lower quantity (and presumably needing to shift their consumption elsewhere).

As a result, the elasticity of demand for energy is somewhat inelastic in the short run, but much more elastic in the long run. Figure 3 shows an example, based roughly on historical experience, of the responsiveness of Qd to price changes. In 1973, the price of crude oil was $12 per barrel, and total consumption in the U.S. economy was 17 million barrels per day. That year, the nations who were members of the Organization of Petroleum Exporting Countries (OPEC) cut off oil exports to the United States for six months because the Arab members of OPEC disagreed with the U.S. support for Israel. OPEC did not bring exports back to their earlier levels until 1975—a policy that can be interpreted as a shift of the supply curve to the left in the U.S. petroleum market. Figure 3 (a) and (b) show the same original equilibrium point and the same identical shift of a supply curve to the left from S0 to S1.

Figure 3 (a) shows inelastic demand for oil in the short run similar to that which existed for the United States in 1973. In Figure 3 (a), the new equilibrium (E1) occurs at a price of $25 per barrel, roughly double the price before the OPEC shock, and an equilibrium quantity of 16 million barrels per day. Figure 3 (b) shows what the outcome would have been if the U.S. demand for oil had been more elastic, a result more likely over the long term. This alternative equilibrium (E1) would have resulted in a smaller price increase to $14 per barrel and larger reduction in equilibrium quantity to 13 million barrels per day. In 1983, for example, U.S. petroleum consumption was 15.3 million barrels a day, which was lower than in 1973 or 1975. U.S. petroleum consumption was down even though the U.S. economy was about one-fourth larger in 1983 than it had been in 1973. The primary reason for the lower quantity was that higher energy prices spurred conservation efforts, and after a decade of home insulation, more fuel-efficient cars, more efficient appliances and machinery, and other fuel-conserving choices, the demand curve for energy had become more elastic.