Challenges in the Product Life Cycle 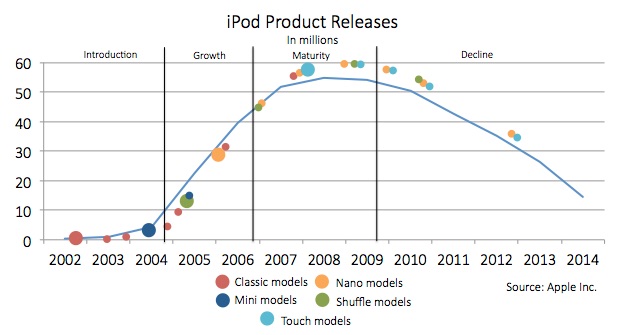 Smartphones are a dominant factor in the product life cycle of digital cameras, iPods, and a number of other products. If we overlay the three graphs, as in Figure 5, below, then it is easy to see the impact. 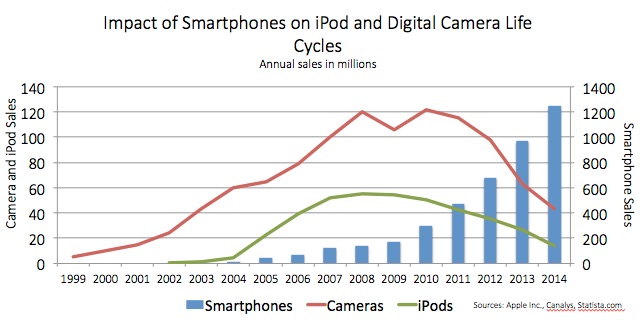