Printmaking uses a transfer process to make multiples from an original image or template. The multiple images are printed in an edition, with each print signed and numbered by the artist.  All printmaking media result in images reversed from the original. Print results depend on how the template (or matrix) is prepared. There are three basic techniques of printmaking: relief, intaglio and planar. You can get an idea of how they differ from the cross-section images below, and view how each technique works from this site at the Museum of Modern Art in New York. A relief print, such as a woodcut or linoleum cut, is created when the areas of the matrix (plate or block) that are to show the printed image are on the original surface; the parts of the matrix that are to be ink-free having been cut away, or otherwise removed. The printed surface is in relief from the cut away sections of the plate. Once the area around the image is cut away, the surface of the plate is rolled up with ink. Paper is laid over the matrix, and both are run through a press, transferring the ink from the surface of the matrix to the paper. The nature of the relief process doesn’t allow for lots of detail, but does result in graphic images with strong contrasts. Carl Eugene Keel’s Bar shows the effects of a woodcut printed in black ink. Block printing developed in China hundreds of years ago and was common throughout East Asia. The Japanese woodblock print below shows dynamic effects of implied motion and the contrasts created using only one color and black. Ukiyo-e or “floating world” prints became popular in the nineteenth century, even influencing European artists during the Industrial Revolution.

Relief printmakers can use a separate block or matrix for each color printed or, in reduction prints a single block is used, cutting away areas of color as the print develops. This method can result in a print with many colors. Intaglio prints such as etchings, are made by incising channels into a copper or metal plate with a sharp instrument called a burin to create the image, inking the entire plate, then wiping the ink from the surface of the plate, leaving ink only in the incised channels below the surface. Paper is laid over the plate and put through a press under high pressure, forcing the ink to be transferred to the paper.

Examples of the intaglio process include etching and  dry point: In dry point, the artist creates an image by scratching the burin directly into a metal plate (usually copper) before inking and printing. Today artists also use plexiglass, a hard clear plastic, as plates. Characteristically these prints have strong line quality and exhibit a slightly blurred edge to the line as the result of burrs created in the process of incising the plate, similar to clumps of soil laid to the edge of a furrowed trench. A fine example of dry point is seen in Rembrandt’s Clump of Trees with a Vista. The velvety darks are created by the effect of the burred-edged lines. 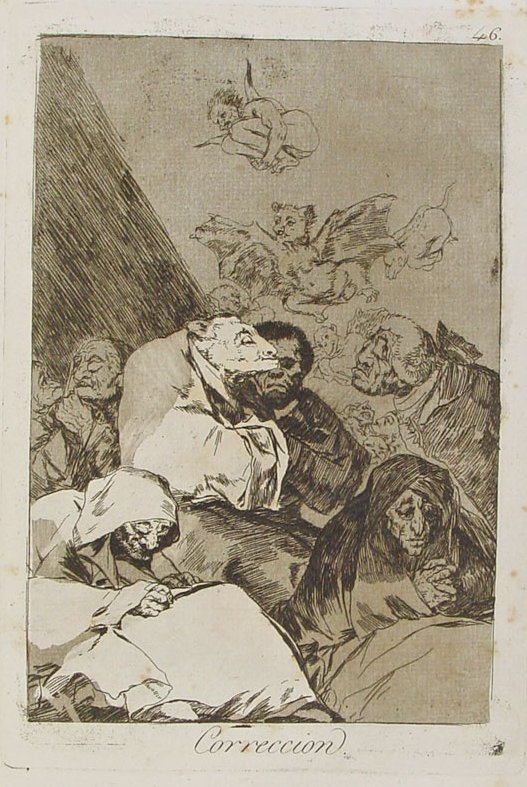 There are many different techniques associated with intaglio, including aquatint, scraping and burnishing.