Recall the discovery of iodine and its use as a means of preventing goiter, a gross enlargement of the thyroid gland in the neck. Iodine is essential for the synthesis of thyroid hormone, which regulates basal metabolism, growth, and development. Low iodine levels and consequently hypothyroidism has many signs and symptoms including fatigue, sensitivity to cold, constipation, weight gain, depression, and dry, itchy skin and paleness. The development of goiter may often be the most visible sign of chronic iodine deficiency, but the consequences of low levels of thyroid hormone can be severe during infancy, childhood, and adolescence as it affects all stages of growth and development. Thyroid hormone plays a major role in brain development and growth and fetuses and infants with severe iodine deficiency develop a condition known as cretinism, in which physical and neurological impairment can be severe. The World Health Organization (WHO) estimates iodine deficiency affects over two billion people worldwide and it is the number-one cause of preventable brain damage worldwide.[1] 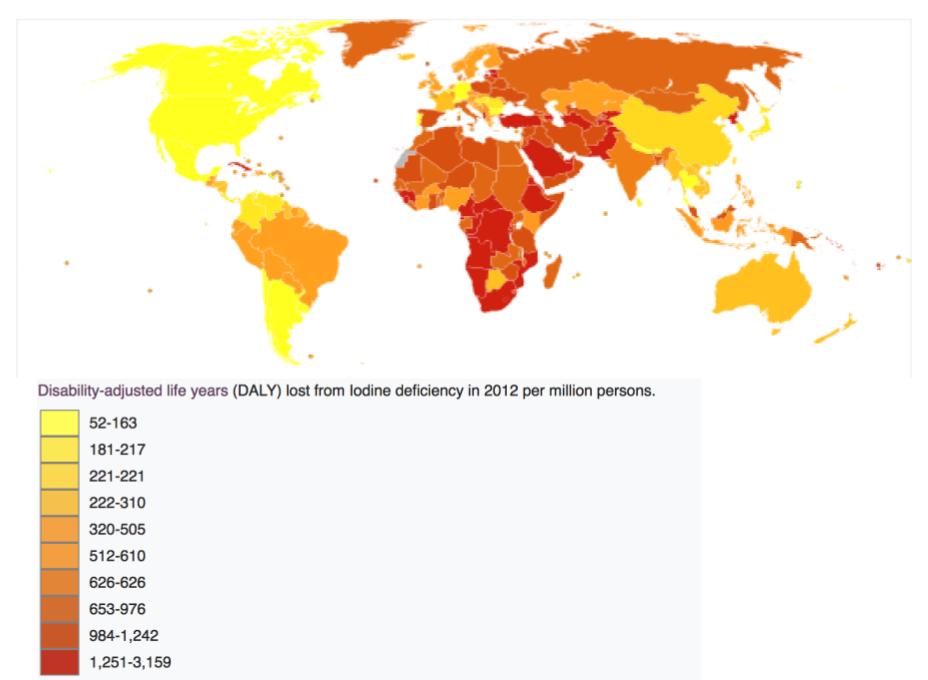 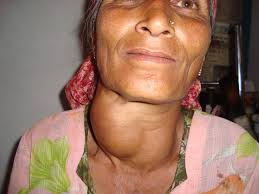