You should not attempt to memorize the chemical shifts listed in the table of this section, although it is probable that you will need to refer to it quite frequently throughout the remainder of this course. To fulfill Objective 1, above, you should be familiar with the information presented in the figure of chemical shift ranges for organic compounds. If you have an approximate idea of the chemical shifts of some of the most common types of protons, you will find the interpretation of 1H NMR spectra less arduous than it might otherwise be. Notice that we shall not try to understand why aromatic protons are deshielded or why alkynyl protons are not deshielded as much as vinylic protons. These phenomena can be explained, but the focus is on the interpretation of 1H NMR spectra, not on the underlying theory.

Chemical shift is associated with the Larmor frequency of a nuclear spin to its chemical environment. Tetramethylsilan[TMS;(CH3)4Si] is generally used for standard to determine chemical shift of compounds: δTMS=0ppm. In other words, frequencies for chemicals are measured for a 1H or 13C nucleus of a sample from the 1H or 13C resonance of TMS. It is important to understand trend of chemical shift in terms of NMR interpretation. The proton NMR chemical shift is affect by nearness to electronegative atoms (O, N, halogen.) and unsaturated groups (C=C,C=O, aromatic). Electronegative groups move to the down field (left; increase in ppm). Unsaturated groups shift to downfield (left) when affecting nucleus is in the plane of the unsaturation, but reverse shift takes place in the regions above and below this plane. 1H chemical shift play a role in identifying many functional groups. Figure 1. indicates important example to figure out the functional groups.

Chemical shift values are in parts per million (ppm) relative to tetramethylsilane.

1.The following have one H1 NMR peak. In each case predict approximately where this peak would be in a spectra. 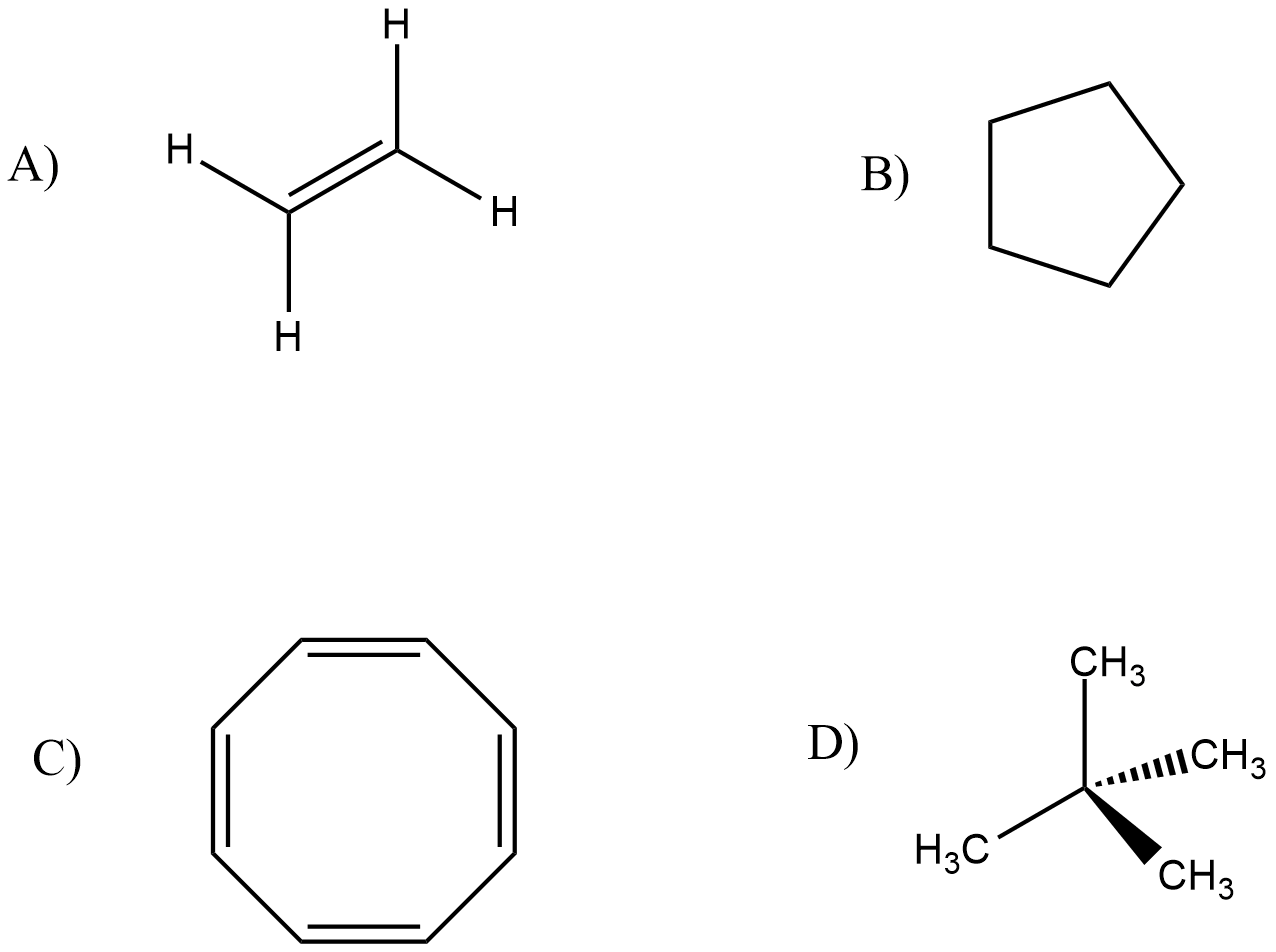 2. Identify the different equivalent protons in the following molecule and predict their expected chemical shift. 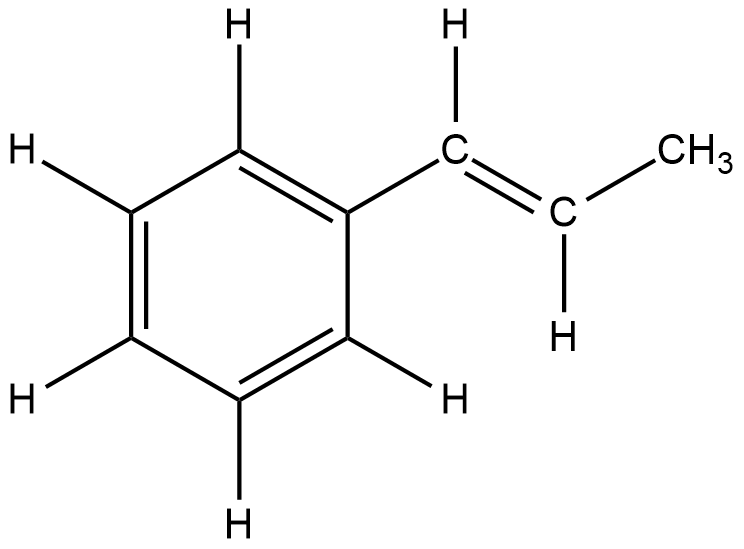 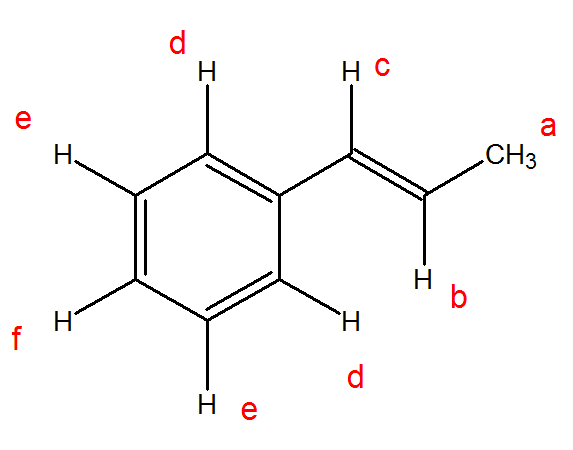