After completing this section, you should be able to draw the structures and construct molecular models of cis– and trans-decalin and of norbornane.

Note that bicyclo[2.2.1]heptane is the systematic name of norborane. You need not be concerned over the IUPAC name of norbornane. The nomenclature of compounds of this type is beyond the scope of this course. 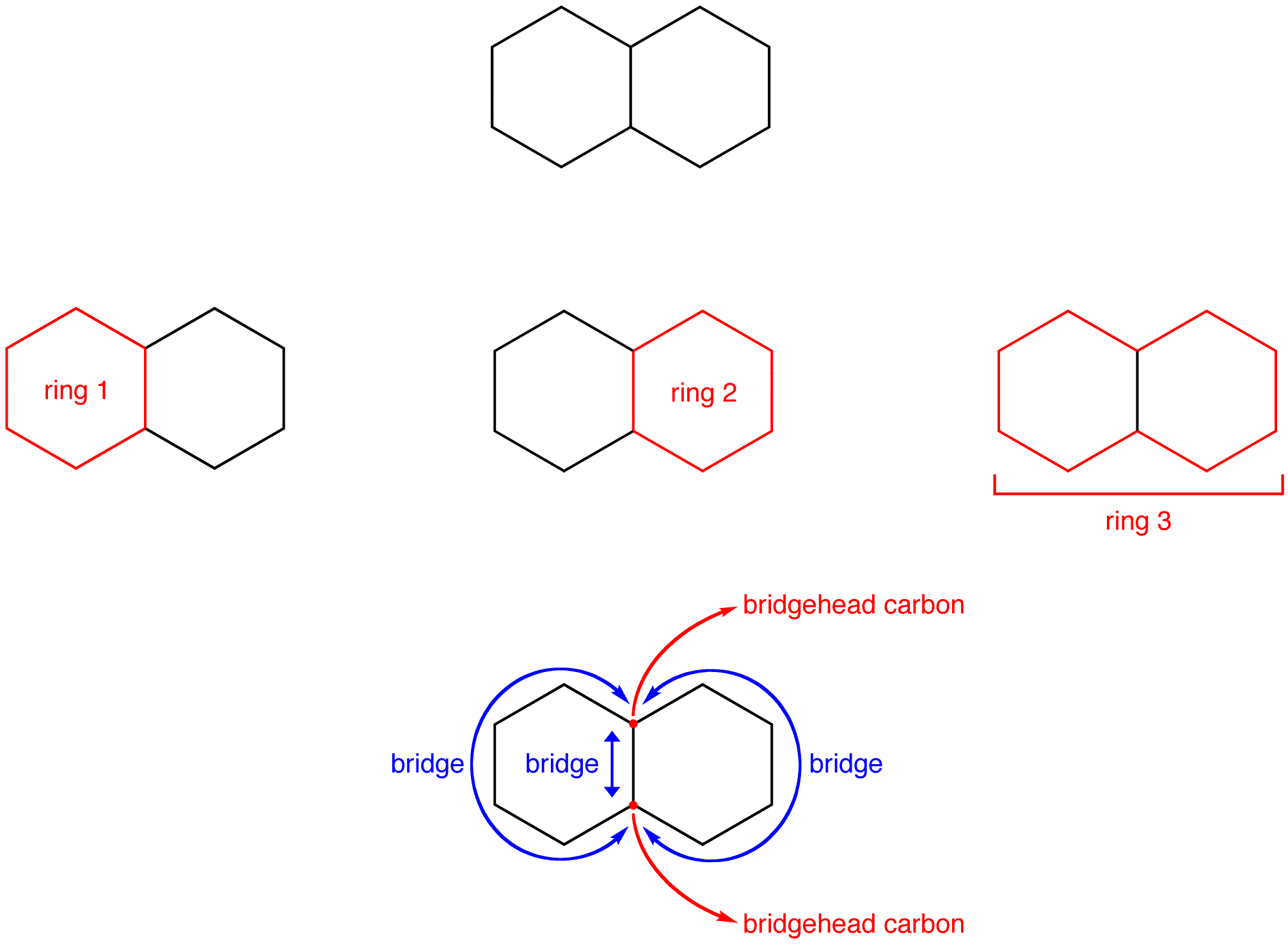 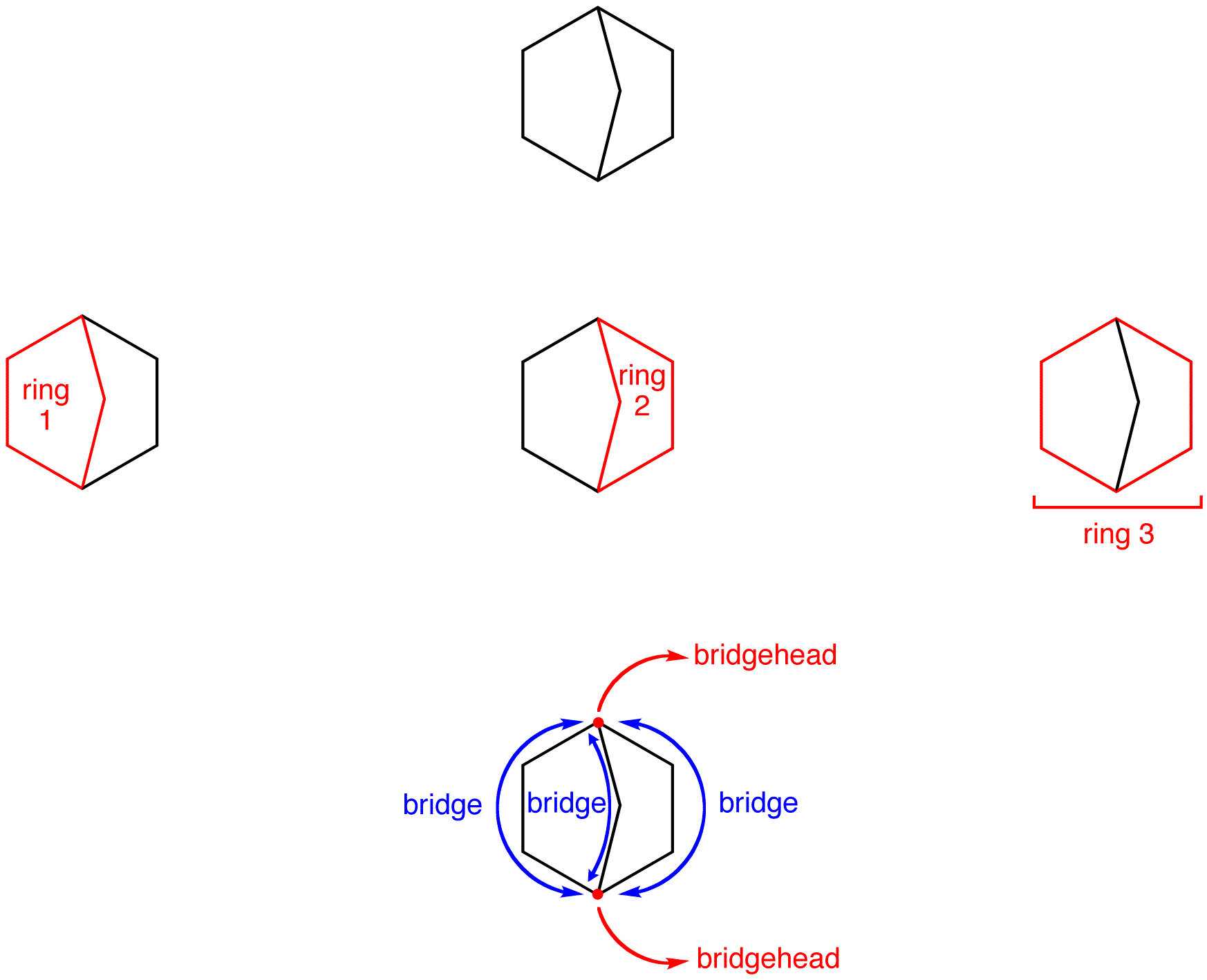 The best known and most abundant steroid in the body is cholesterol. Cholesterol is formed in brain tissue, nerve tissue, and the blood stream. It is the major compound found in gallstones and bile salts. Cholesterol also contributes to the formation of deposits on the inner walls of blood vessels. These deposits harden and obstruct the flow of blood. This condition, known as atherosclerosis, results in various heart diseases, strokes, and high blood pressure.

Sex hormones are also steroids. The primary male hormone, testosterone, is responsible for the development of secondary sex characteristics. Two female sex hormones, progesterone and estrogen or estradiol control the ovulation cycle. Notice that the male and female hormones have only slight differences in structures, but yet have very different physiological effects.

Testosterone promotes the normal development of male genital organs ans is synthesized from cholesterol in the testes. It also promotes secondary male sexual characteristics such as deep voice, facial and body hair.

Estrogen, along with progesterone regulates changes occurring in the uterus and ovaries known as the menstrual cycle. For more details see Birth Control. Estrogen is synthesized from testosterone by making the first ring aromatic which results in mole double bonds, the loss of a methyl group and formation of an alcohol group.

Someone stated that trans-decalin is more stable than cis-decalin. Explain why this is incorrect.

Show Answer
Cis-decalin is flexible and allows for large groups to be axial and therefore reduce strain in the molecule. The rigidity of the trans conformation would not allow it to flip, therefore adding to the intermolecular strain.