The principal quantum number, n, designates the principal electron shell. Because n describes the most probable distance of the electrons from the nucleus, the larger the number n is, the farther the electron is from the nucleus, the larger the size of the orbital, and the larger the atom is. n can be any positive integer starting at 1, as n=1 designates the first principal shell (the innermost shell). The first principal shell is also called the ground state, or lowest energy state. This explains why n can not be 0 or any negative integer, because there exists no atoms with zero or a negative amount of energy levels/principal shells. When an electron is in an excited state or it gains energy, it may jump to the second principle shell, where . This is called absorption because the electron is “absorbing” photons, or energy. Known as emission, electrons can also “emit” energy as they jump to lower principle shells, where n decreases by whole numbers. As the energy of the electron increases, so does the principal quantum number, e.g., n = 3 indicates the third principal shell, n = 4 indicates the fourth principal shell, and so on.

If n = 7, what is the principal electron shell?

Show Answer
Emission, because energy is lost by release of a photon.

If l = 4, how many angular nodes does the atom have?

The magnetic quantum number ml determines the number of orbitals and their orientation within a subshell. Consequently, its value depends on the orbital angular momentum quantum number l. Given a certain l, ml is an interval ranging from –l to +l, so it can be zero, a negative integer, or a positive integer.

List the possible combinations of all four quantum numbers when n=2, l=1, and ml=0

Can an electron with ms=1/2 have a downward spin?

A Closer Look at Shells, Subshells, and Orbitals 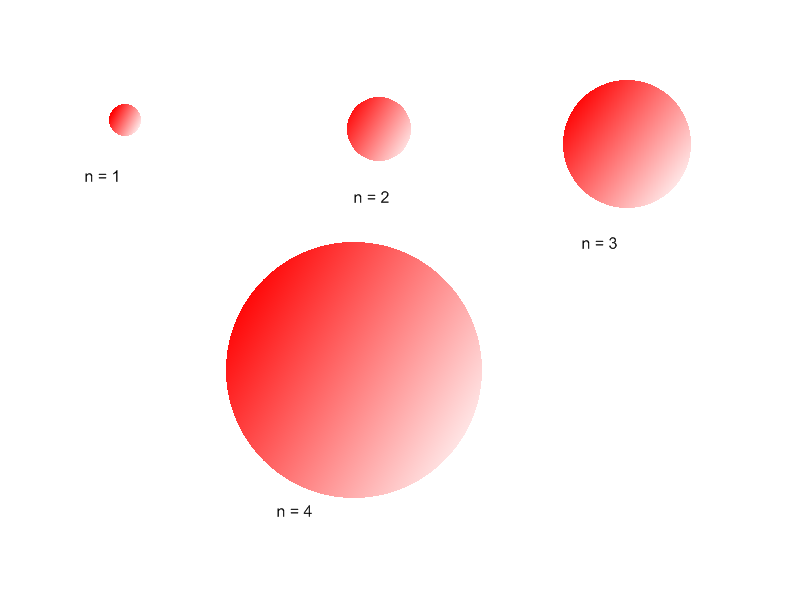 Because the atomic radius increases, the electrons are farther from the nucleus. Thus it is easier for the atom to expel an electron because the nucleus does not have as strong a pull on it, and the ionization energy decreases.

Which orbital has a higher ionization energy, one with (n=3) or (n=2)?

Show Answer
The orbital with n=2, because the closer the electron is to the nucleus or the smaller the atomic radius, the more energy it takes to expel an electron.

The number of values of the orbital angular number l can also be used to identify the number of subshells in a principal electron shell:

After looking at the examples above, we see that the value of n is equal to the number of subshells in a principal electronic shell:

To identify what type of possible subshells n has, these subshells have been assigned letter names. The value of l determines the name of the subshell:

What is the name of the orbital with quantum numbers n=4 and l=1?

Show Answer
Knowing that the principal quantum number n is 4 and using the table above, we can conclude that it is 4p.

What is the name of the oribital(s) with quantum number n=3?

In the figure below, we see examples of two orbitals: the p orbital (blue) and the s orbital (red). The red s orbital is a 1s orbital. To picture a 2s orbital, imagine a layer similar to a cross section of a jawbreaker around the circle. The layers are depicting the atoms angular nodes. To picture a 3s orbital, imagine another layer around the circle, and so on and so on. The p orbital is similar to the shape of a dumbbell, with its orientation within a subshell depending on ml. The shape and orientation of an orbital depends on l and ml. 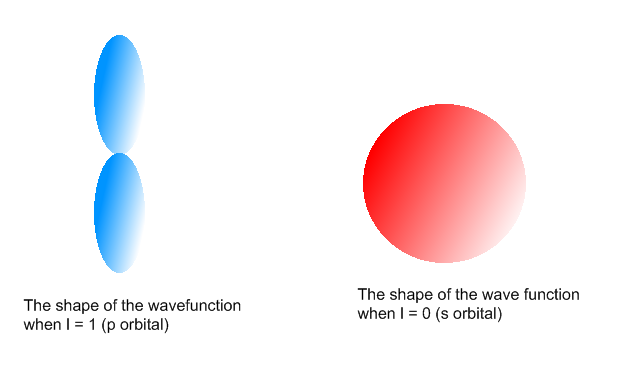 To visualize and organize the first three quantum numbers, we can think of them as constituents of a house. In the following image, the roof represents the principal quantum number n, each level represents a subshell l, and each room represents the different orbitals ml in each subshell. The s orbital, because the value of ml can only be 0, can only exist in one plane. The p orbital, however, has three possible values of ml and so it has three possible orientations of the orbitals, shown by Px, Py, and Pz. The pattern continues, with the d orbital containing 5 possible orbital orientations, and f has 7: 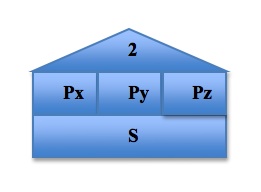 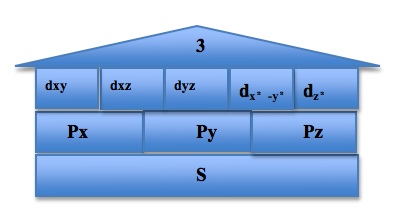 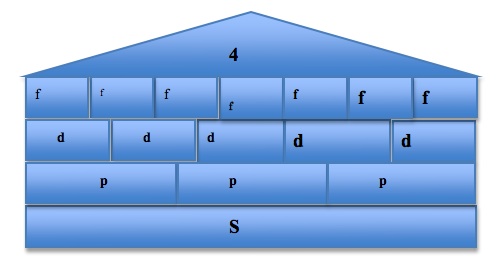 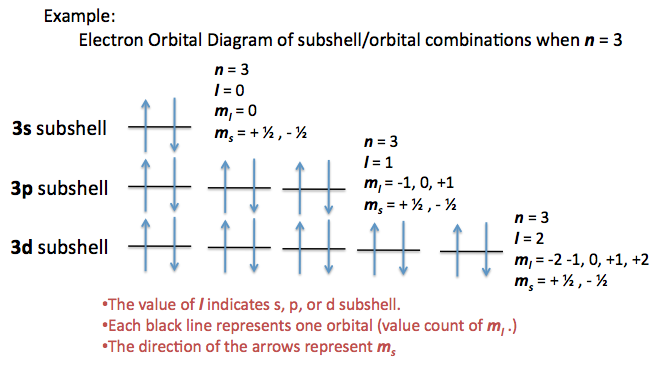