You have already seen examples of substances that contain covalent bonds. One substance mentioned in Chapter 3 “Ionic Bonding and Simple Ionic Compounds” was water (H2O). You can tell from its formula that it is not an ionic compound; it is not composed of a metal and a nonmetal. Consequently, its properties are different from those of ionic compounds.

Chapter 3 “Ionic Bonding and Simple Ionic Compounds” described how electrons can be transferred from one atom to another so that both atoms have an energy-stable outer electron shell. Because most filled electron shells have eight electrons in them, chemists called this tendency the octet rule. But there is another way an atom can achieve a full valence shell: atoms can share electrons. 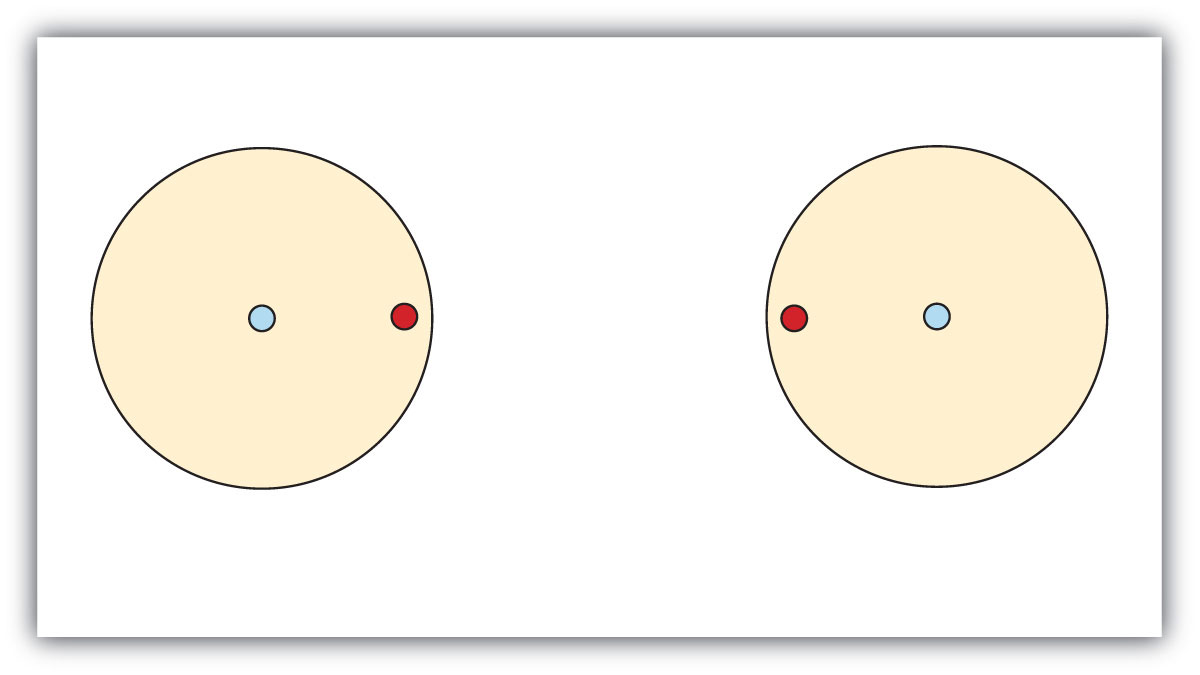 In contrast, when two hydrogen atoms get close enough together to share their electrons, they can be represented as follows: 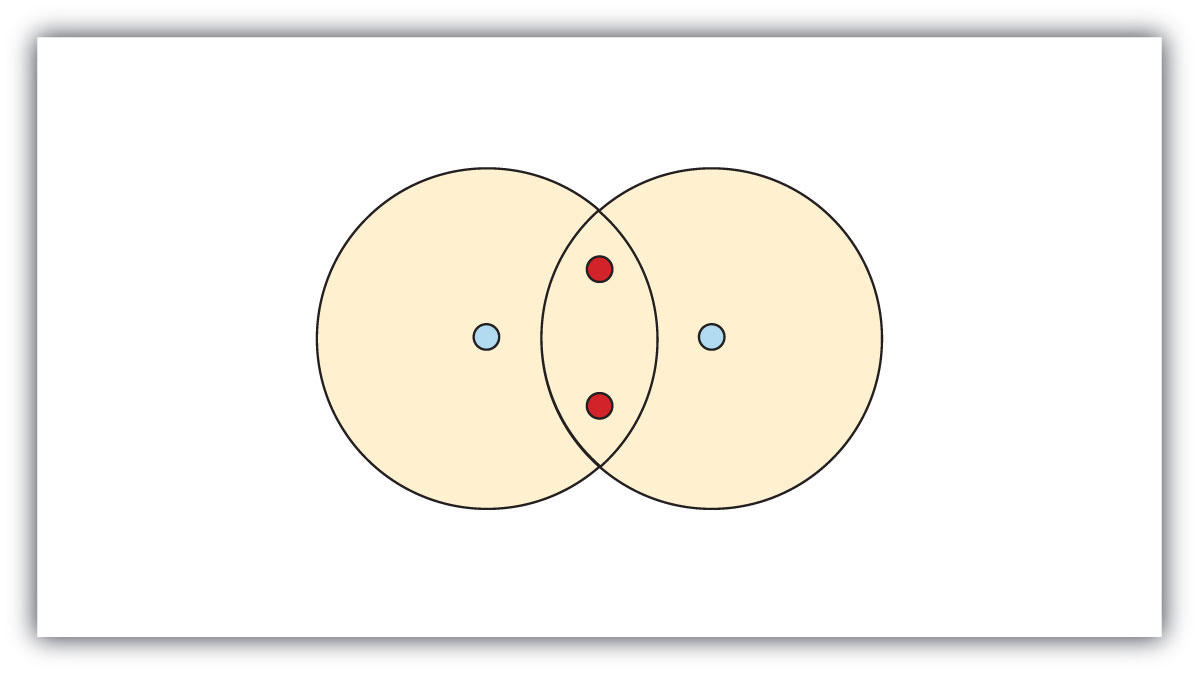 By sharing their valence electrons, both hydrogen atoms now have two electrons in their respective valence shells. Because each valence shell is now filled, this arrangement is more stable than when the two atoms are separate. The sharing of electrons between atoms is called a covalent bond, and the two electrons that join atoms in a covalent bond are called a bonding pair of electrons. A discrete group of atoms connected by covalent bonds is called a molecule—the smallest part of a compound that retains the chemical identity of that compound.

Chemists frequently use Lewis diagrams to represent covalent bonding in molecular substances. For example, the Lewis diagrams of two separate hydrogen atoms are as follows:

The Lewis diagram of two hydrogen atoms sharing electrons looks like this:

This depiction of molecules is simplified further by using a dash to represent a covalent bond. The hydrogen molecule is then represented as follows:

Remember that the dash, also referred to as a single bond, represents a pair of electrons.

The bond in a hydrogen molecule, measured as the distance between the two nuclei, is about 7.4 × 10−11 m, or 74 picometers (pm; 1 pm = 1 × 10−12 m). This particular bond length represents a balance between several forces: the attractions between oppositely charged electrons and nuclei, the repulsion between two negatively charged electrons, and the repulsion between two positively charged nuclei. If the nuclei were closer together, they would repel each other more strongly; if the nuclei were farther apart, there would be less attraction between the positive and negative particles.

Fluorine is another element whose atoms bond together in pairs to form diatomic (two-atom) molecules. Two separate fluorine atoms have the following electron dot diagrams:

Each fluorine atom contributes one valence electron, making a single bond and giving each atom a complete valence shell, which fulfills the octet rule:

The circles show that each fluorine atom has eight electrons around it. As with hydrogen, we can represent the fluorine molecule with a dash in place of the bonding electrons:

Each fluorine atom has six electrons, or three pairs of electrons, that are not participating in the covalent bond. Rather than being shared, they are considered to belong to a single atom. These are called nonbonding pairs (or lone pairs) of electrons.

Now that we have looked at electron sharing between atoms of the same element, let us look at covalent bond formation between atoms of different elements. Consider a molecule composed of one hydrogen atom and one fluorine atom:

Each atom needs one additional electron to complete its valence shell. By each contributing one electron, they make the following molecule:

Draw the Lewis diagram for each compound.

Draw the Lewis diagram for each compound.

Larger molecules are constructed in a similar fashion, with some atoms participating in more than one covalent bond. For example, water, with two hydrogen atoms and one oxygen atom, and methane (CH4), with one carbon atom and four hydrogen atoms, can be represented as follows:

Atoms typically form a characteristic number of covalent bonds in compounds. Often the number of bonds is the same as the number of electrons short of an octet.

1. A covalent bond is formed when two atoms share electrons.

7. A molecule is a discrete combination of atoms; a formula unit is the lowest ratio of ions in a crystal.

13. Hydrogen atoms form only one covalent bond because they have only one valence electron to pair.