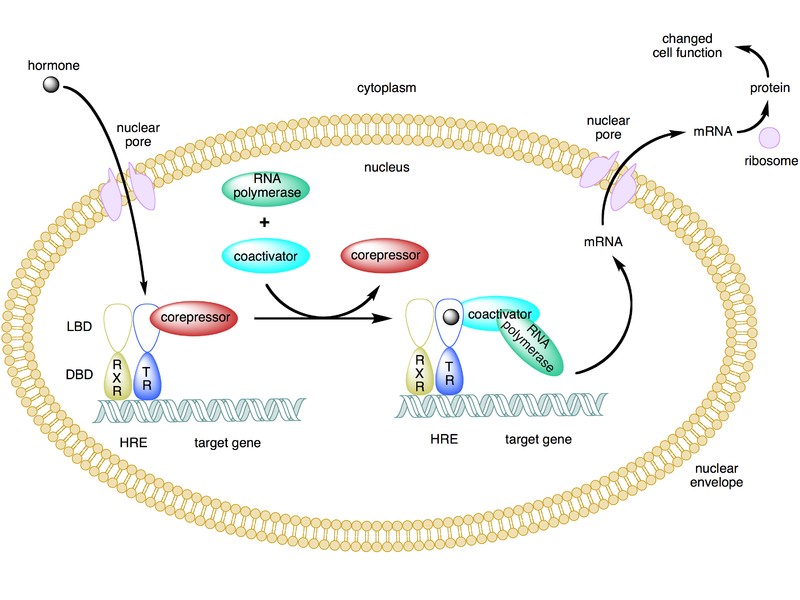 1,25(OH)2D is considered to be the active form of vitamin D because it is the form that binds to the vitamin D receptor (VDR). Like the thyroid hormone example above, there is a vitamin D response element (VDRE) in the promoter of specific vitamin D target genes. In the figure below, 25(OH)D, the major circulating form of vitamin D, is usually transported through the blood to the kidney by vitamin D binding protein (DBP). Again, the kidney converts 25(OH)D to 1,25(OH)2D by use of the enzyme 1alpha-hydroxylase. 1,25(OH)2D (bound to DBP) moves from the kidney , or the tissue itself, into the nucleus. It then binds to the vitamin D receptor (VDR), that is dimerized to the RXR on the vitamin D response element of the target gene. Consequently, this then increases transcription of mRNA. The mRNA then moves into the cytoplasm to synthesize specific proteins. This process is shown in the figure below. 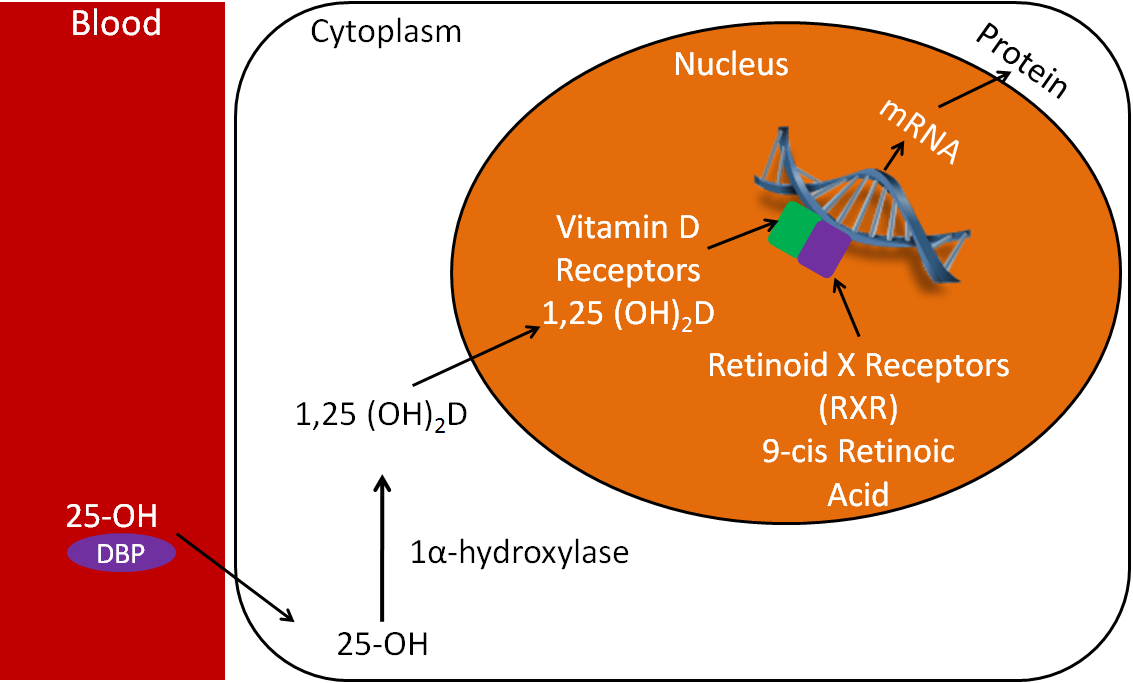 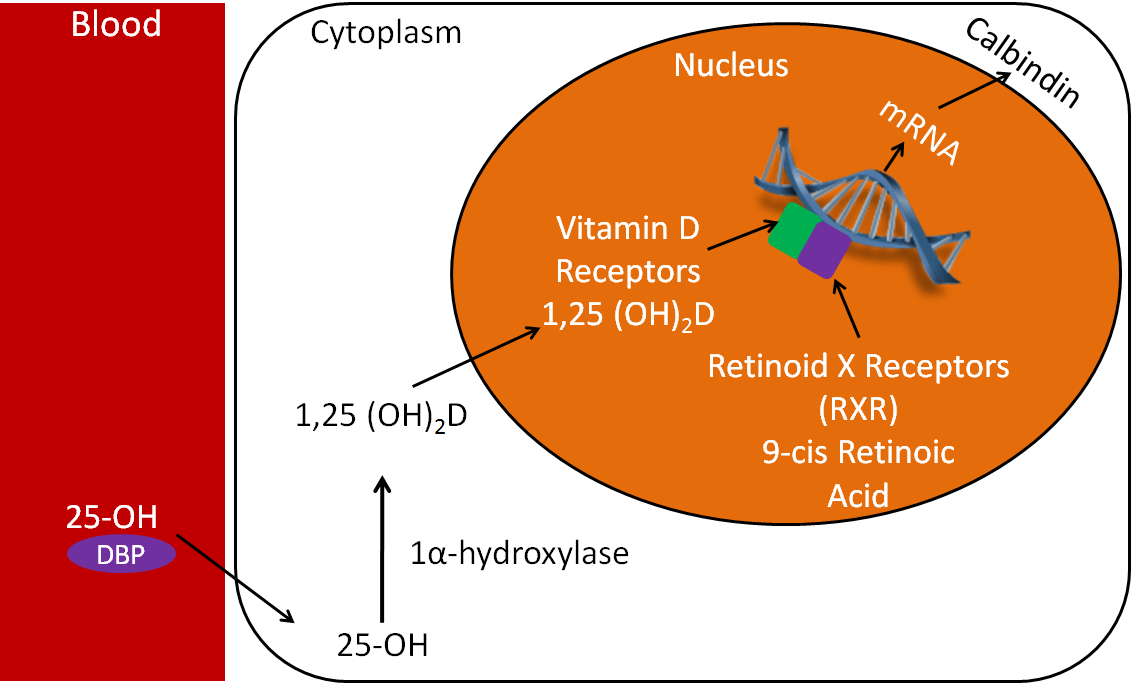