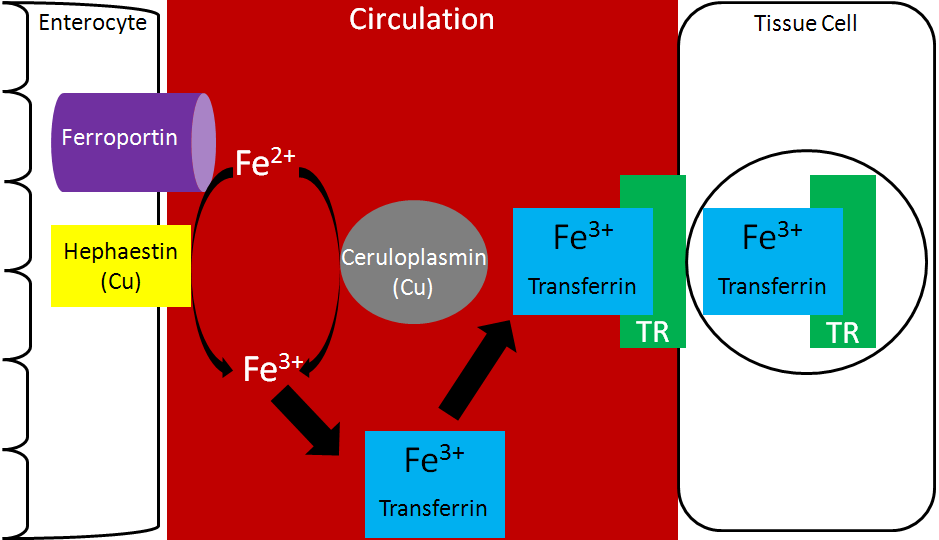 Figure 12.721 Transport and uptake of iron 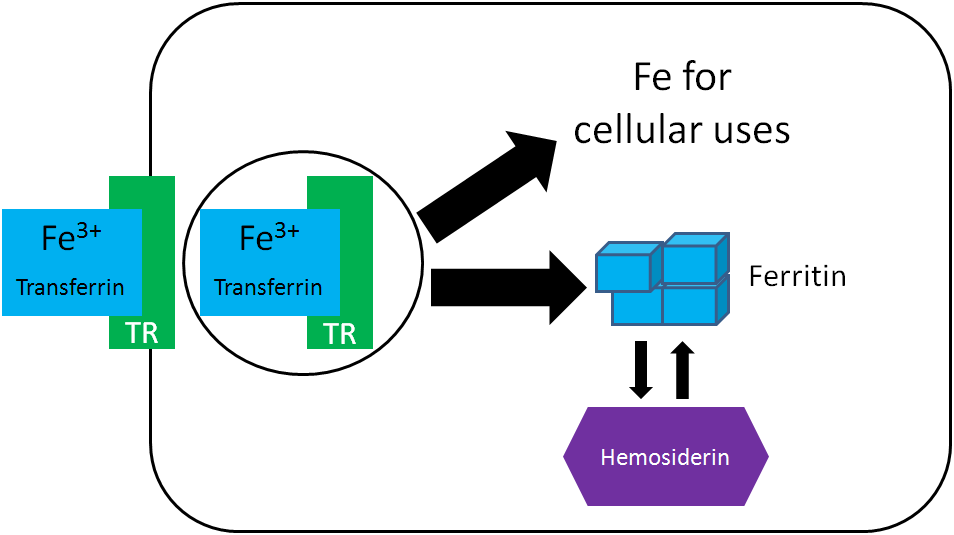 Figure 12.722 Fates of iron within cells

There are 3 major compartments of iron in the body3:

The functions of these subcompartments are discussed in the next section.

The liver is the primary storage site in the body, with the spleen and bone marrow being the other major storage sites.

Circulating iron is found in transferrin3.

The following table shows how much iron is distributed among the different compartments.

Hopefully you notice that the majority of iron is in the functional iron compartment. The figure below further reinforces this point, showing that most iron is found in red blood cells (hemoglobin) and tissues (myoglobin). 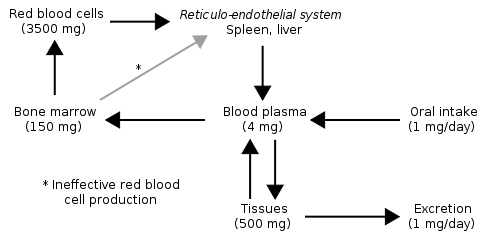 Also notice how small oral intake and excretion are compared to the amount found in the different compartments in the body. As a result, iron recycling is really important, because red blood cells only live for 120 days. Red blood cells are broken down in the liver, spleen, and bone marrow and the iron can be used for the same purposes as described earlier: cellular use, storage, or transported to another tissue on transferrin2. Most of this iron will be used for heme and ultimately red blood cell synthesis. The figure below summarizes the potential uses of iron recycled from red blood cells. 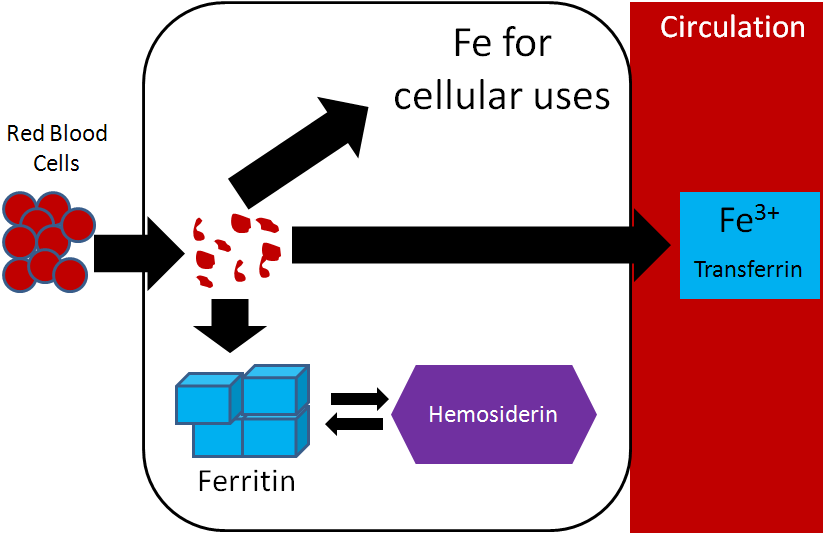 Iron is unique among minerals in that our body has limited excretion ability. Thus, absorption is controlled by the hormone hepcidin. The liver has an iron sensor so when iron levels get high, this sensor signals for the release of hepcidin. Hepcidin causes degradation of ferroportin. Thus, the iron is not able to be transported into circulation5. 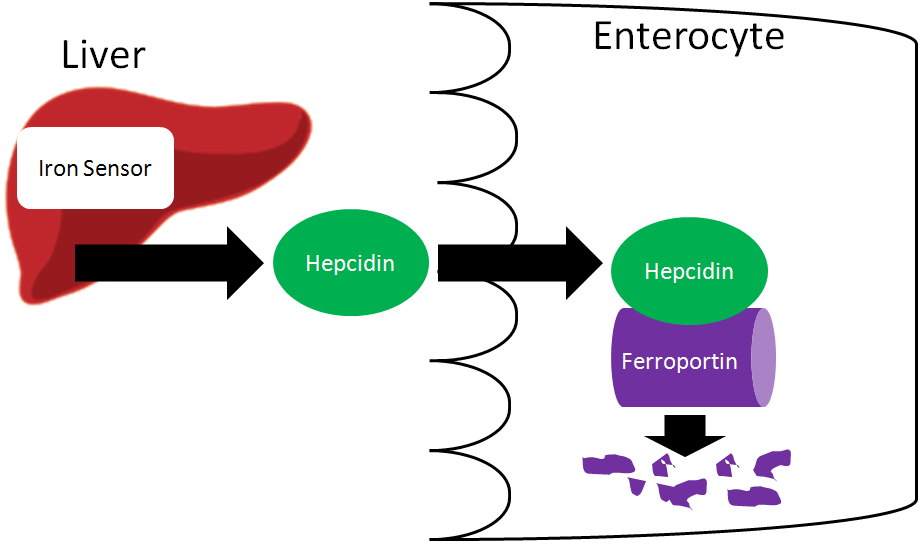 The iron is now trapped in the enterocyte, which is eventually sloughed off and excreted in feces. Thus, iron absorption is decreased through the action of hepcidin.

Figure 12.726  Enterocytes are sloughed off the villus and unless digested and their components reabsorbed, they will be excreted in feces