12.93 How High Zinc Intake Can Lead to Copper & Iron Deficiencies

As you learned previously, thionein is the storage protein for zinc, but it more avidly binds copper. When it binds a mineral, it becomes metallothionein. High zinc intake results in increased thionein synthesis in the enterocyte. Thus, when an individual is consuming high zinc levels, the enterocyte will have high levels of thionein as shown below. 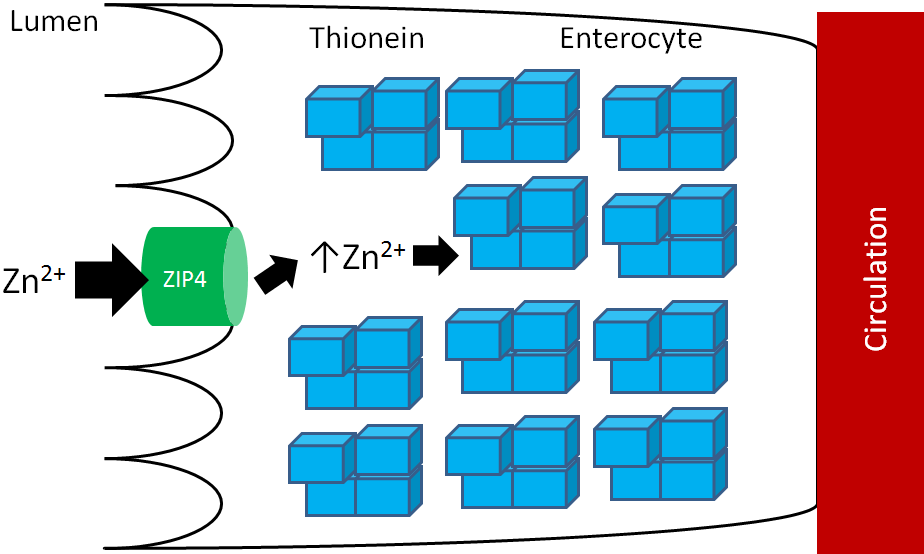 The high levels of thionein will bind any copper that is taken up into the enterocyte (as metallothionein), “trapping” the copper in the enterocyte and preventing it from being absorbed into circulation, as shown below. 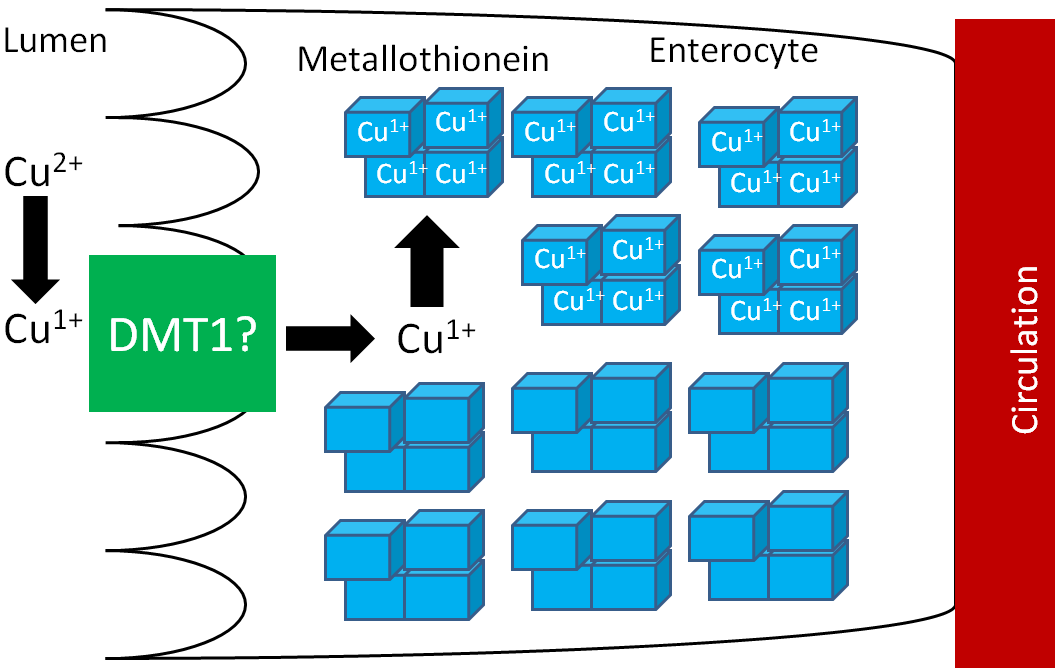 Figure 12.932 Copper taken up into the enterocyte is bound to thionein forming metallothionein.

The enterocytes containing the “trapped” copper move up the crypt and are sloughed off and excreted in feces. The copper consumed essentially is lost from the body through this process.

Figure 12.933 Enterocytes are sloughed off and excreted in feces

Without adequate copper being transported to the liver, no ceruloplasmin is produced and released into circulation. The lack of copper further influences iron transport by decreasing ceruloplasmin in circulation and hephaestin (another copper-containing protein) on the membrane of the enterocyte. These 2 proteins normally convert Fe2+ to Fe3+ so that iron can bind to transferrin. 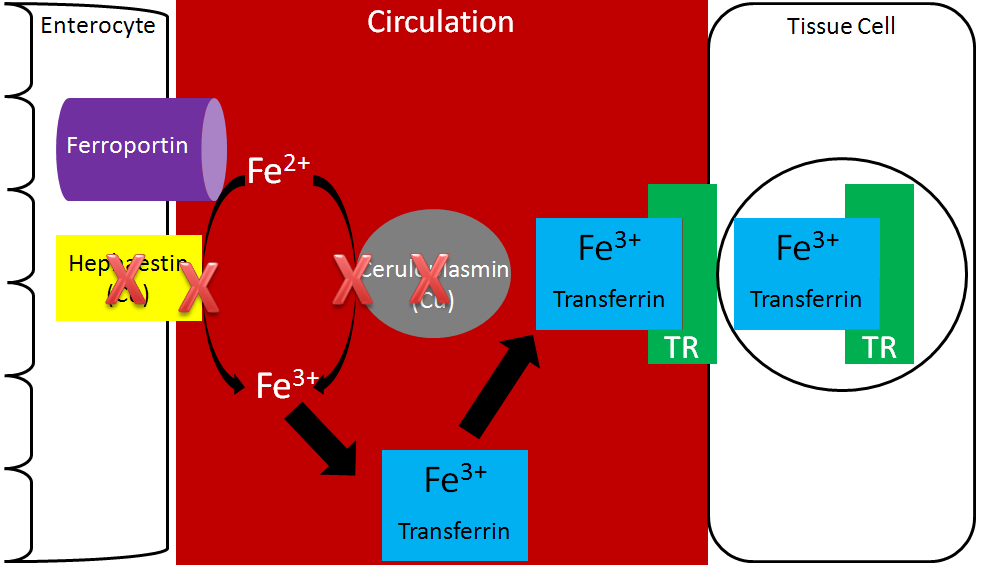 Figure 12.934 Lack of copper means that hephaestin and ceruloplasmin aren’t available to oxidize Fe2+ to Fe3+

Without hephaestin and ceruloplasmin, Fe3+ is not formed from Fe2+. As a result Fe2+ is “trapped” in the enterocyte because it can’t bind to transferrin as shown below. 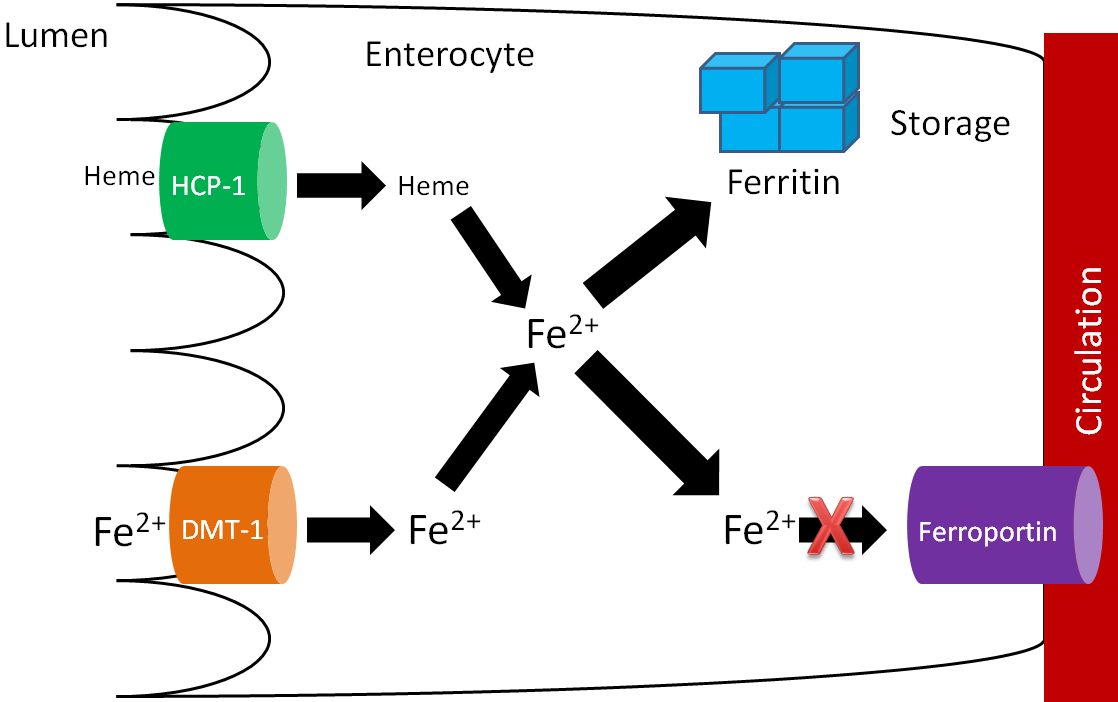 The enterocytes containing the “trapped” iron move up the crypt and are also sloughed off and excreted in feces. The iron consumed essentially is lost from the body through this process.

Figure 12.936 Enterocytes are sloughed off and excreted in feces

In summary, high zinc intake increases thionein production, which traps all copper; the lack of copper decreases circulating ceruloplasmin and hephaestin, which causes all iron to be trapped as well. This example illustrates the interconnectedness of zinc, copper, and iron.