Fatty acids are lipids themselves, and they are also components of triglycerides and phospholipids. Like carbohydrates, fatty acids are made up of carbon (C), hydrogen (H), and oxygen (O).

There are a number of fatty acids in nature that we consume that differ from one another in three ways:

Carbon chain length also impacts the physical properties of the fatty acid. As the number of carbons in a fatty acid chain increases, so does the melting point as illustrated in the figure below. 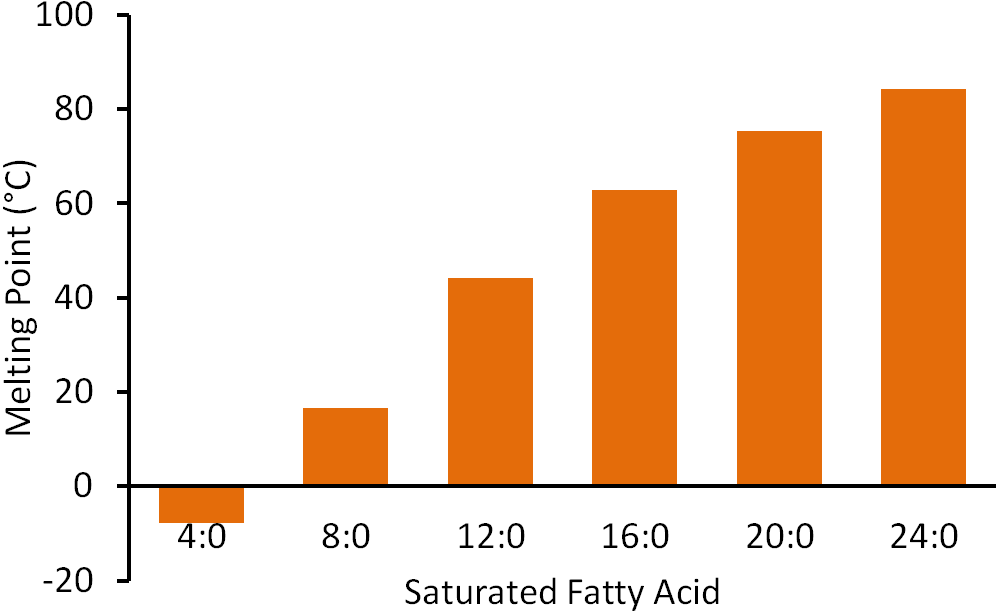 Figure 2.323 A simplified view of 18 carbon saturated fatty acid stearic acid2. Each corner of the zigzag pattern represents a carbon, and the hydrogens are not shown to allow quicker recognition of the carbon chain 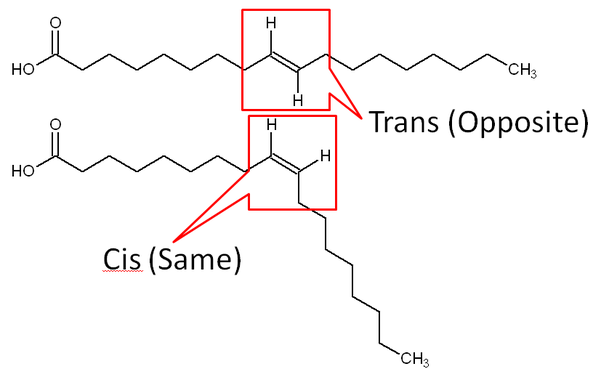 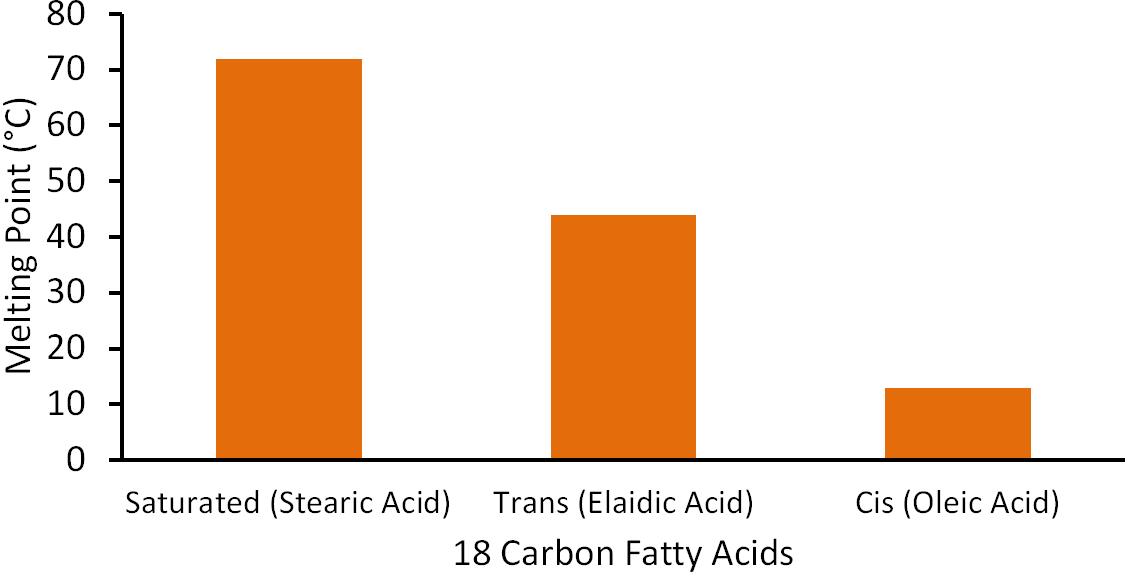 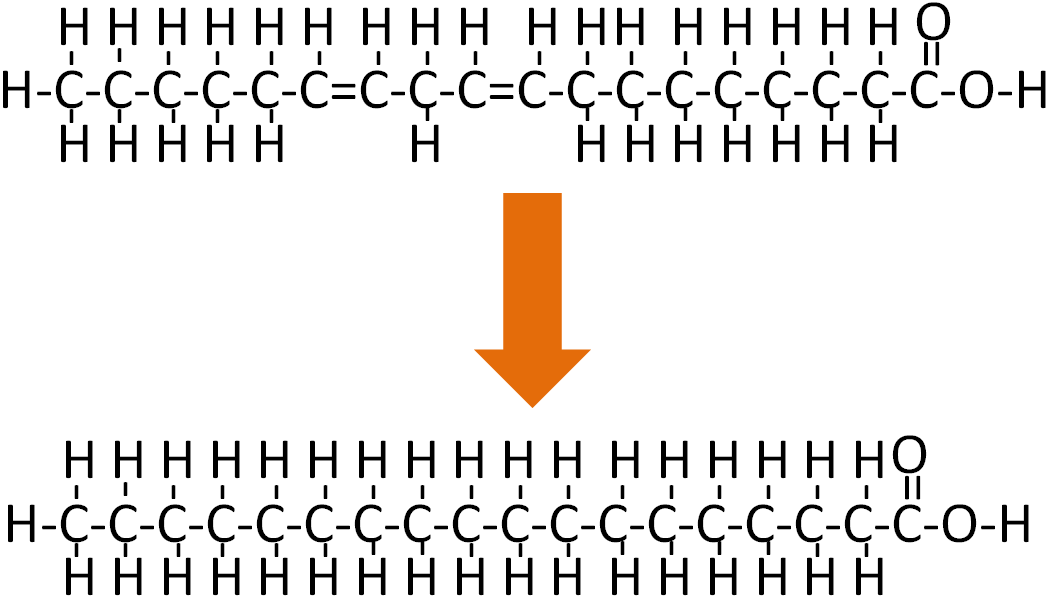 However, this isn’t/wasn’t always desirable, thus partially hydrogenated vegetable oil became widely used. To visualize the difference in the amount of hydrogenation consider the difference between tub margarine and stick margarine.

Stick margarine is more fully hydrogenated leading it to have a much harder texture. This is one of the two reasons to hydrogenate, to get a more solid texture. The second reason is that it makes it more shelf-stable, because the double bond(s) of unsaturated fatty acids are susceptible to oxidation, which causes them to become rancid.

Partial hydrogenation causes the conversion of cis to trans fatty acids along with the formation of some saturated fatty acids. Originally, it was thought that trans fatty acids would be a better alternative to saturated fat (think margarine vs. butter). However, it turns out that trans fat is actually worse than saturated fat in altering biomarkers associated with cardiovascular disease. Trans fat increases LDL and decreases HDL levels, while saturated fat increased LDL without altering HDL levels. But this does not mean that butter is a better choice than margarine as described in the first link. The FDA revoked Generally Recognized as Safe (GRAS) status of partially hydrogenated vegetable oil as described in the second link, and is requiring its use to be phased out by 2018. After that point, permission will need to be requested to use them in foods.

Butter vs. Margarine: Which is better for my heart? – http://www.mayoclinic.org/butter-vs-margarine/expert-answers/FAQ-20058152