The two essential fatty acids are:

These fatty acids are essential because we can not synthesize them.  This is because we do not have an enzyme capable of adding a double bond (desaturating) beyond the omega-9 carbon counting from the alpha end (the omega-6 and 3 positions). The structures of the two essential fatty acids are shown below.

However, we do possess enzymes that can take the essential fatty acids, elongate them (add two carbons to them), and then further desaturate them (add double bonds) to other omega-6 and omega-3 fatty acids. Thus, there are 2 families of fatty acids that the majority of polyunsaturated fatty acids fit into as shown below. 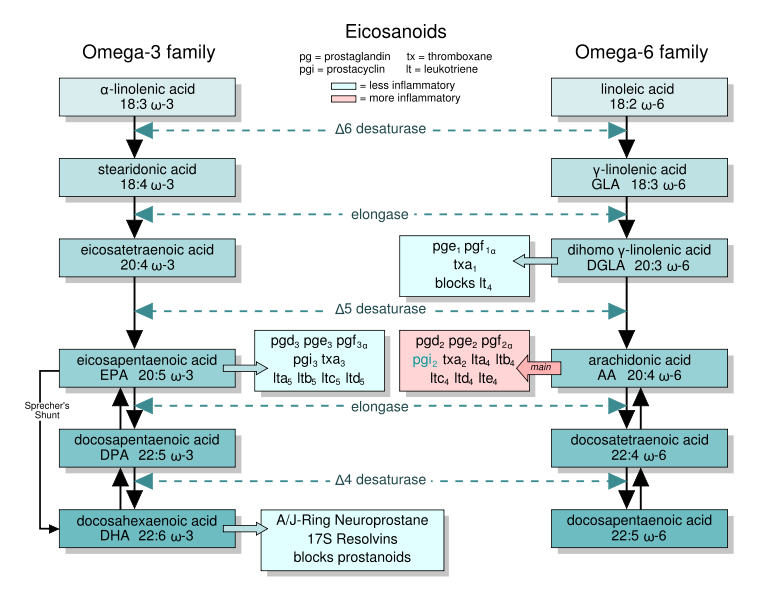 Some examples of eicosanoid structures are shown in the figure below: 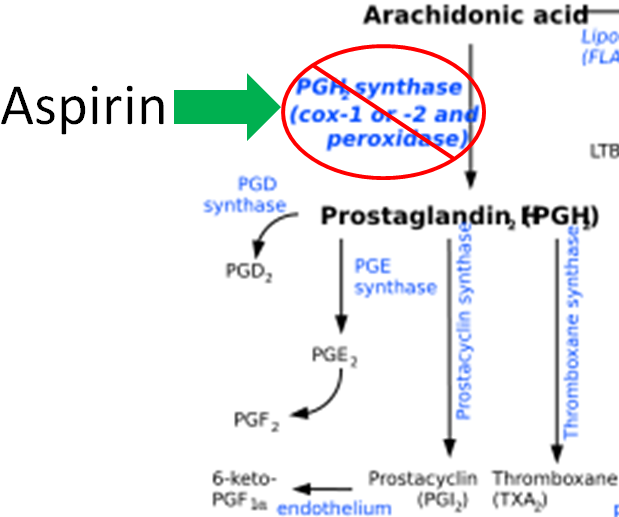 Even though Figure 2.343 illustrates the conversion of alpha-linolenic acid to EPA and DHA, this conversion is actually quite limited; 0.2-8% of ALA is converted to EPA and 0-4% of ALA is converted to DHA11. Thus, dietary consumption is the most effective way to get the longer chain fatty acids (EPA and DHA) in our bodies. It is less clear whether ALA consumption is as beneficial as EPA and DHA, but a recent study found it to be equally effective in decreasing blood triglyceride concentrations. In that study, DHA had the added positive benefit of increasing HDL12. These are all positive outcomes that are expected to reduce the risk of developing cardiovascular disease. However, there is evidence accumulating that there is not much cardiovascular benefit from taking fish oil supplements as described in the article below.

Essential fatty acid deficiency is rare and unlikely to occur, but the symptoms are: