There are three forms of passive uptake/transport:

Below is more information of each type of uptake/transport. 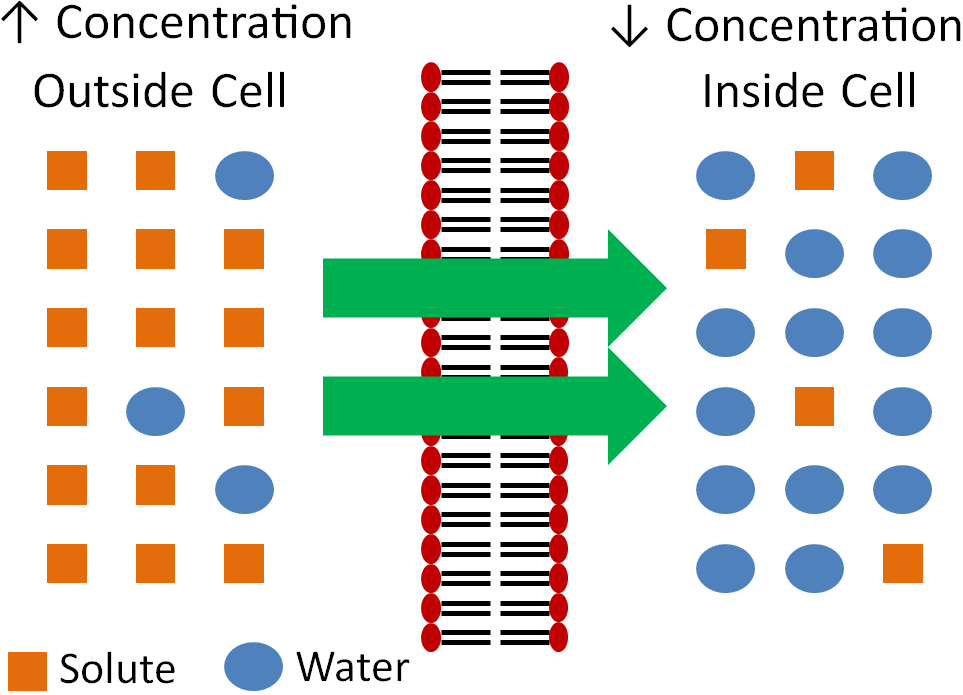 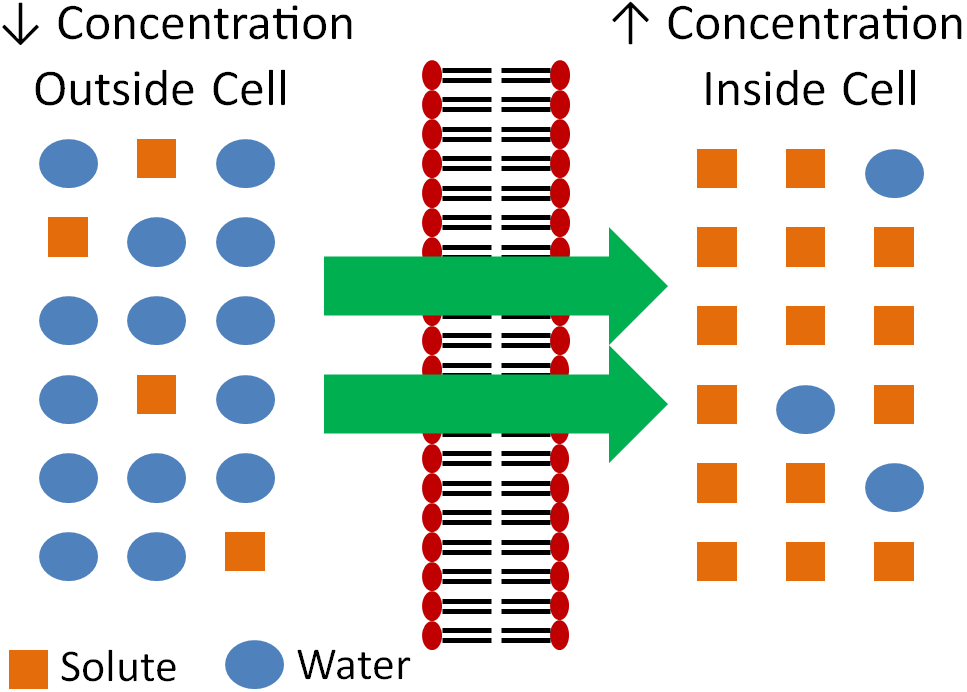 The following videos do a nice job of illustrating osmosis.

Another example illustrating osmosis is the red blood cells in different solutions shown below. 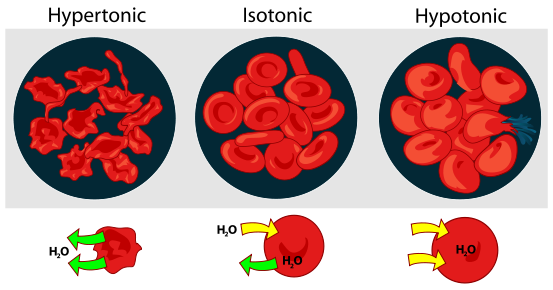 The last form of passive absorption is similar to diffusion in that it follows the concentration gradient (higher concentration to lower concentration). However, it requires a carrier protein to transport the solute across the membrane. The following figure and video do a nice job of illustrating facilitated diffusion.

Osmosis in the Kitchen – http://www.youtube.com/watch?v=H6N1IiJTmnc&NR=1&feature=fvwp