Acetyl-CoA is a central point in metabolism, meaning there are a number of ways that it can be used. We’re going to continue to consider its use in an aerobic, catabolic state (need energy). Under these conditions, acetyl-CoA will enter the citric acid cycle (aka Krebs Cycle, TCA Cycle). The following figure shows the citric acid cycle. 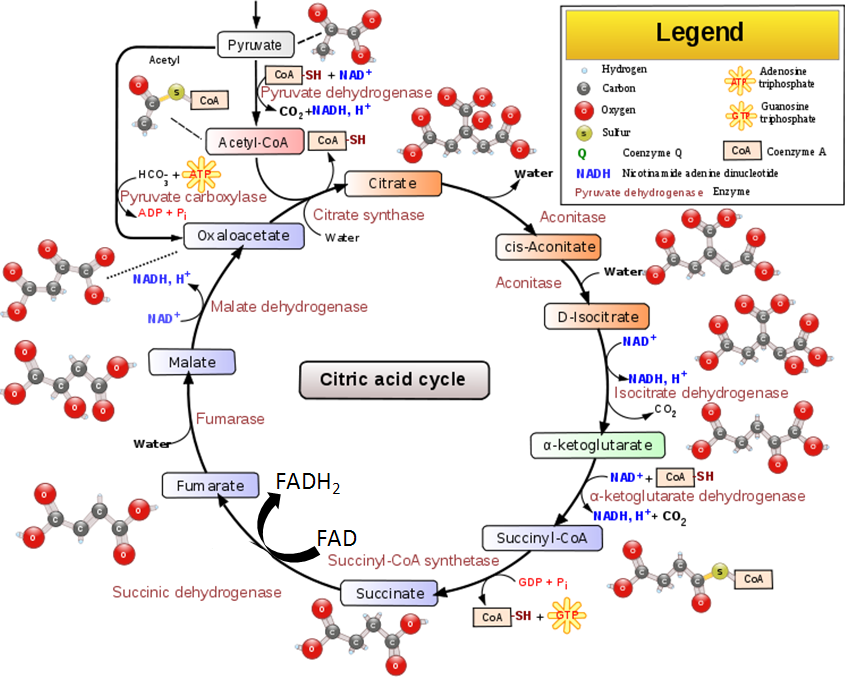 The citric acid cycle begins by acetyl-CoA (2 carbons) combining with oxaloacetate (4 carbons) to form citrate (aka citric acid, 6 carbons). A series of transformations occur before a carbon is given off as carbon dioxide and NADH is produced. This leaves alpha-ketoglutarate (5 carbons). Another carbon is given off as CO2 to form succinyl CoA (4 carbons) and produce another NADH. In the next step, one guanosine triphosphate (GTP) is produced as succinyl-CoA is converted to succinate. GTP is readily converted to ATP, thus this step is essentially the generation of 1 ATP. In the next step, an FADH2 is produced along with fumarate. Then, after more steps, another NADH is produced as oxaloacetate is regenerated.

Thus, the net output from one cycle is:

The two carbons that are given off as CO2 originally came from acetyl-CoA.

The first video and the animation do a good job of explaining and illustrating how the cycle works. The second video is an entertaining rap about the cycle.

Through glycolysis, the transition reaction, and the citric acid cycle, multiple NADH and FADH2 molecules are produced. Under aerobic conditions, these molecules will enter the electron transport chain to be used to generate energy through oxidative phosphorylation as described in the next section. 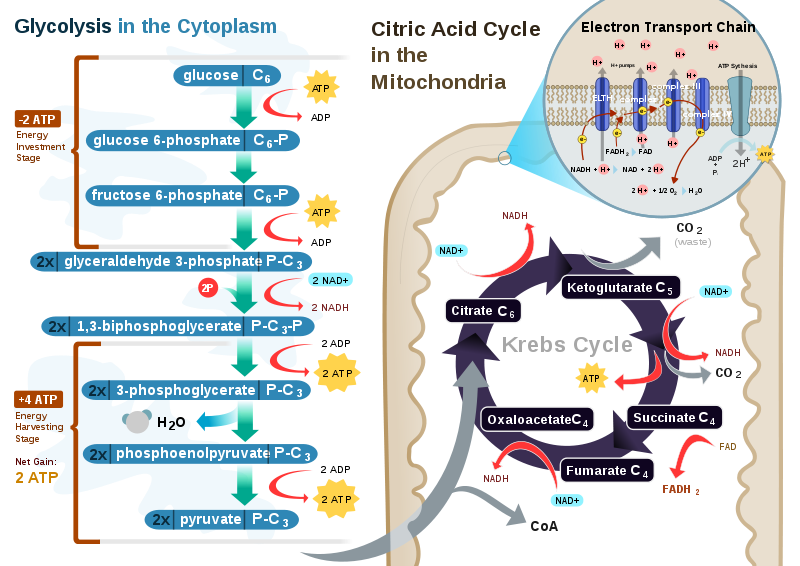