Lipolysis is the cleavage of triglycerides to glycerol and fatty acids, as shown below. 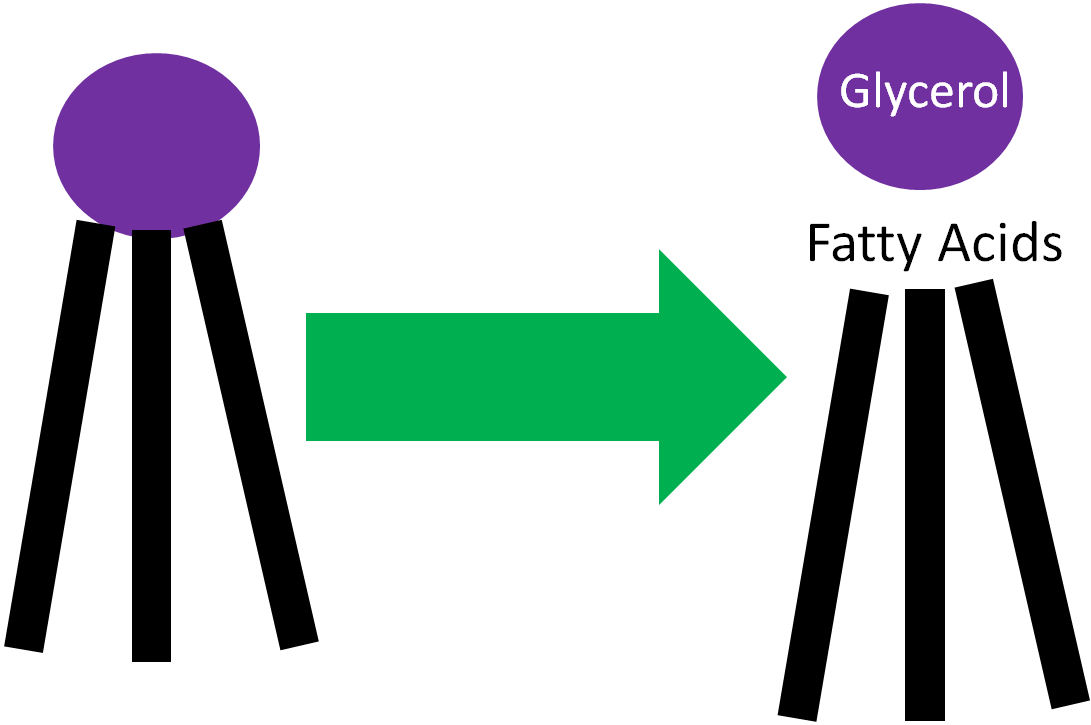 There are two primary lipolysis enzymes:

Despite performing the same function, at the adipose level, the enzymes are primarily active for seemingly opposite reasons. In the fed state, LPL on the endothelium of blood vessels cleaves lipoprotein triglycerides into fatty acids so that they can be taken up into adipocytes, for storage as triglycerides, or myocytes where they are primarily used for energy production. This action of LPL on lipoproteins is shown in the two figures below. 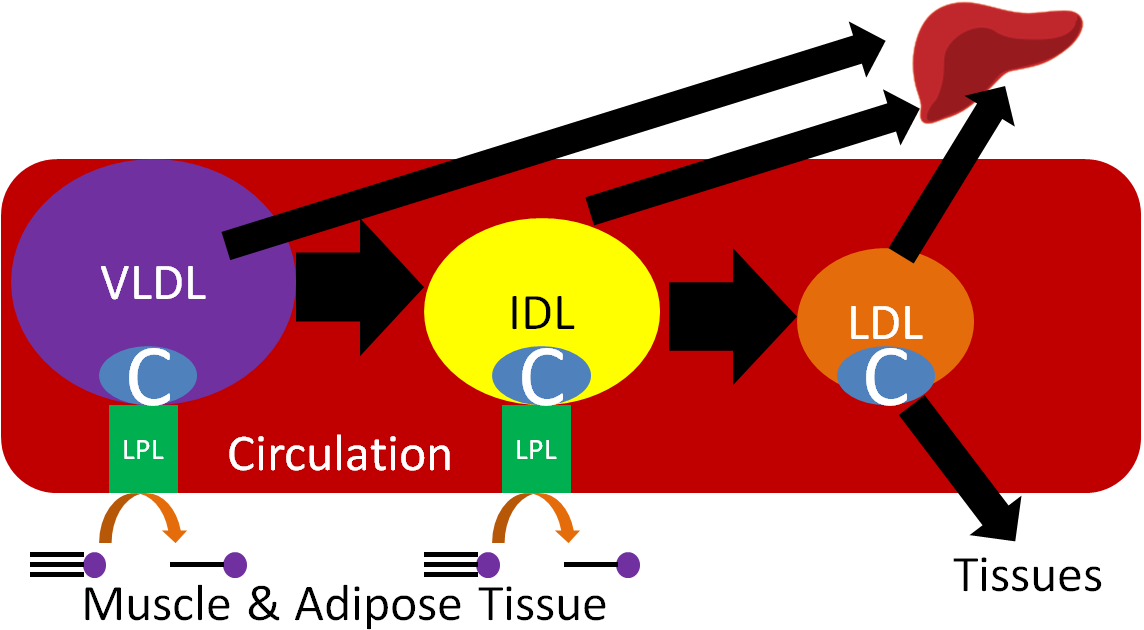 HSL is an important enzyme in adipose tissue, which is a major storage site of triglycerides in the body. HSL activity is increased by glucagon and epinephrine (“fight or flight” hormone), and decreased by insulin. Thus, in hypoglycemia (such as during a fast) or a “fight or flight” response, triglycerides in the adipose are cleaved, releasing fatty acids into circulation that then bind with the transport protein albumin. Thus, HSL is important for mobilizing fatty acids so they can be used to produce energy. The figure below shows how fatty acids can be taken up and used by tissues such as the muscle for energy production1. 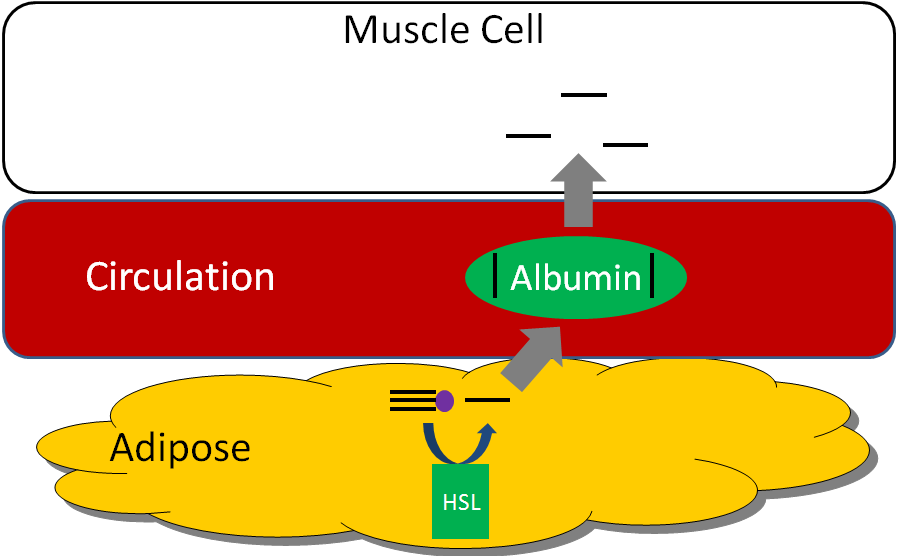 We are not going to focus on glycerol, but it does have two metabolic fates.

1. It can be broken down in glycolysis

2. It can be used to synthesize glucose (gluconeogenesis)