De novo in Latin means “from the beginning.” Thus, de novo lipogenesis is the synthesis of fatty acids, beginning with acetyl-CoA. Acetyl-CoA has to first move out of the mitochondria, where it is then converted to malonyl-CoA (3 carbons). Malonyl-CoA then is combined with another acetyl-CoA to form a 4 carbon fatty acid (1 carbon is given off as CO2). The addition of 2 carbons is repeated through a similar process 7 times to produce a 16 carbon fatty acid1. 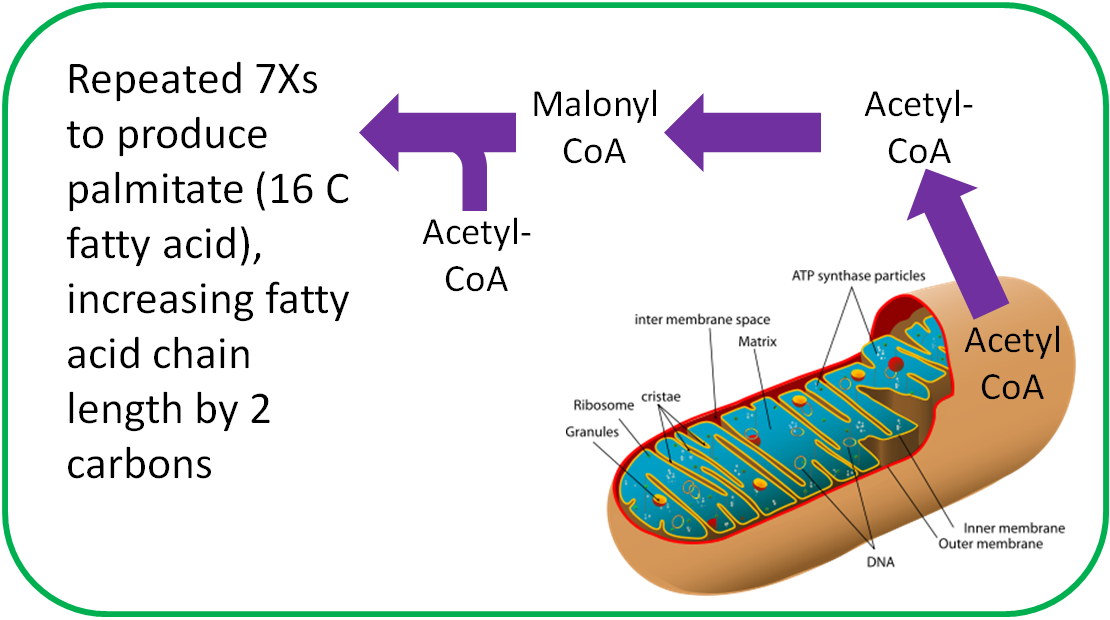 Most fatty acids synthesized will be esterified into triglycerides for storage.