The name vitamin comes from Casimir Funk, who in 1912 thought vital amines (NH3) were responsible for preventing what we know now are vitamin deficiencies. He coined the term vitamines to describe these compounds. Eventually it was discovered that these compounds were not amines and the ‘e’ was dropped to form vitamins1.

The water-soluble vitamins are vitamin C and the B vitamins, which are shown in the table below.

Table 8.11 The B vitamins and their common names

*Normally used instead of common names

A common question from students about B vitamins is: “Why are there so many B vitamins? It is not like they ran out of letters in the alphabet to name them.” 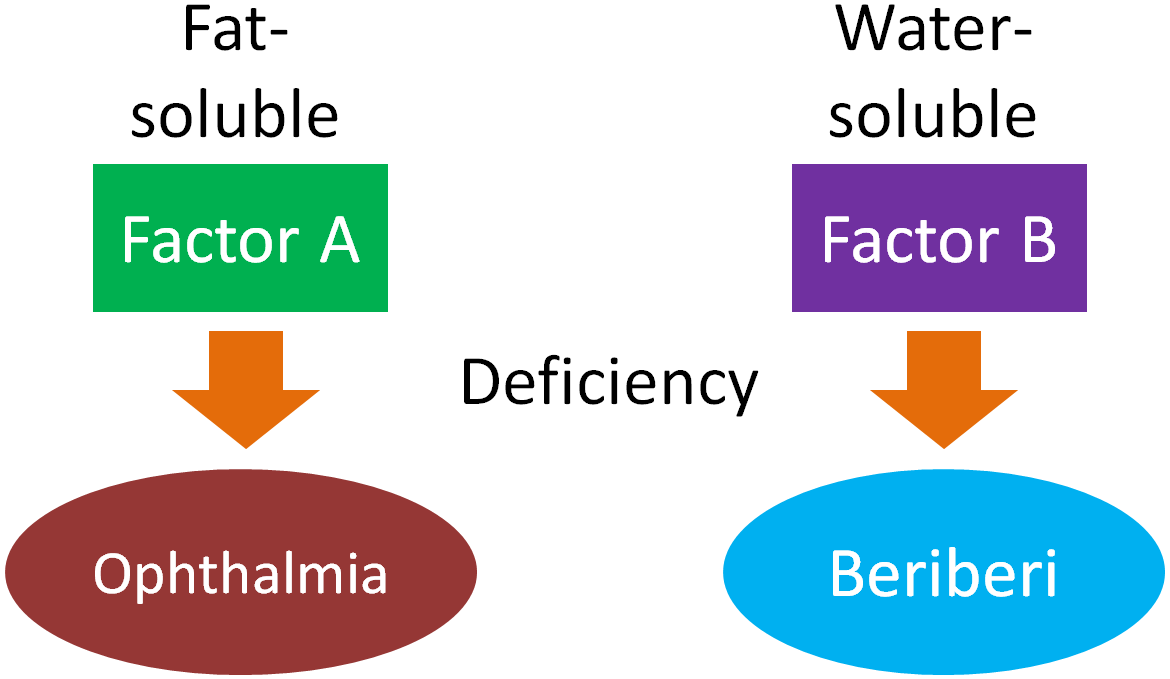 Factor A is what we now know as vitamin A. However, researchers soon realized that factor B actually consisted of two factors that they termed B1 and B2. Then they realized that there are multiple components in B2, and they began identifying the wide array of B vitamins that we know today1.

You might be thinking “but the numbers on the B vitamins still do not add up.” You are right, vitamins B4, B8, B10, and B11 were discovered and then removed leaving us with the B vitamins shown in Table 8.11.

Relative to other scientific milestones, the discovery of vitamins is a fairly recent occurrence, as shown in the table below.

* Was established long before it was known to be a vitamin

Table 8.13 Cofactors/coenzymes formed from B vitamins