You might be saying to yourself, “who cares about natural versus synthetic alpha-tocopherol.” But the small change in stereochemistry makes a big difference in how alpha-tocopherol is maintained in the body.

All forms of vitamin E (tocopherols, tocotrienols) are absorbed equally. Fat-soluble vitamins are handled like lipids and thus are incorporated into chylomicrons that have triglycerides removed by lipoprotein lipase. The chylomicron remnants containing the different forms of vitamin E are then taken up by the liver. The figure below shows the absorption, metabolism, and excretion of vitamin E. 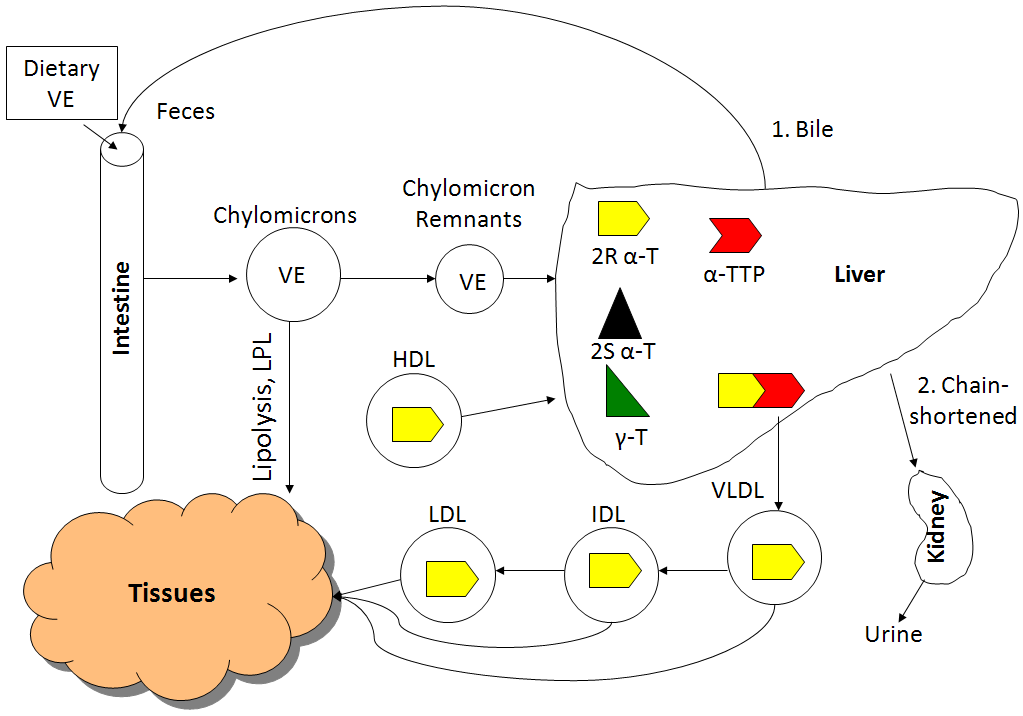 Figure 9.221 The absorption, metabolism, and excretion of vitamin E 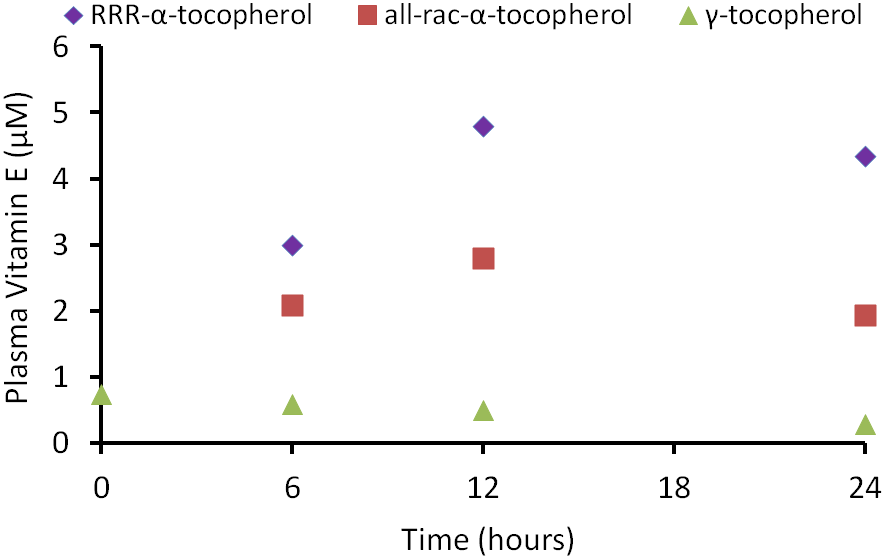 From VLDL and subsequent lipoproteins, vitamin E reaches tissues, with most vitamin E in the body being found in the adipose tissue. There are two main routes of vitamin E excretion. The major route of excretion is through bile that is then excreted in feces. The second route is in the urine after vitamin E is chain-shortened in a process similar to beta-oxidation to make them more water-soluble.