Selenium is highly absorbed. Thus, selenium levels in the body are not regulated by absorption, but rather by urinary excretion. Organic selenium forms may be absorbed slightly better than inorganic forms, as one study found that 98% of a dose of selenomethionine was absorbed, compared to 84% of selenite1.

Selenium is primarily excreted in the urine, but at high levels it can be expired, producing garlic odor breath.

Selenium toxicity can be a problem, especially for animals living in or around a body of water in an area with high soil selenium levels. This is because runoff from the soil causes selenium to collect in the water in high levels and then starts working its way up the food chain and causing problems, as shown in the following link.

In humans, the initial symptoms are nausea, fatigue, and diarrhea. If continued, the person may develop hair and nail brittleness, rash or skin lesions, and nervous system abnormalities.

The questionable selenium deficiency is Keshan disease. This disease occurred primarily in the mountainous regions of China, causing heart lesions. Below is a topographical map of China to give you an idea of what areas are mountainous. 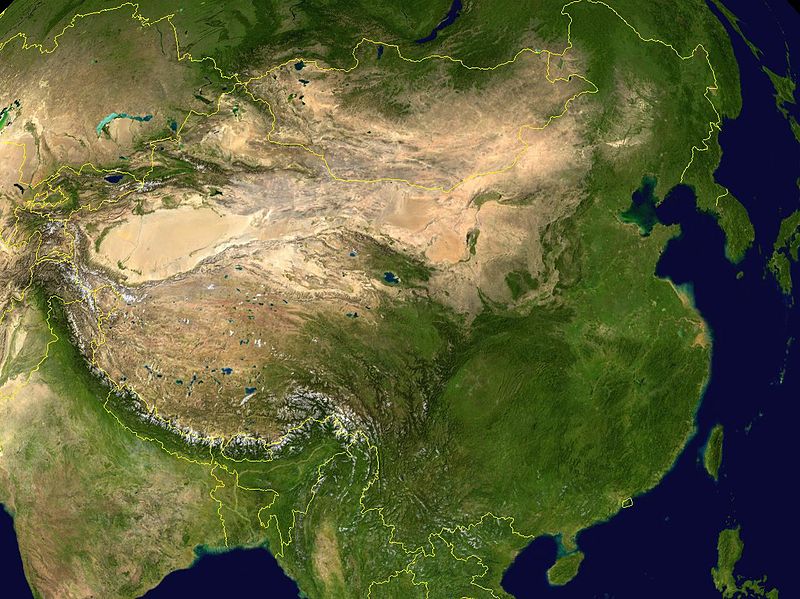 You can see in the link below the areas where Keshan disease occurred. For the most part, you can see that these 2 areas overlay.

However, sodium selenate supplementation failed to totally eradicate Keshan disease like you would expect if it was caused by selenium deficiency. The incidence of Keshan disease also fluctuated seasonally and annually, which is unusual for a deficiency and more consistent of an infectious disease. Research found coxsackievirus in the heart of Keshan disease victims. They isolated this virus and used it to perform the experiment illustrated below. 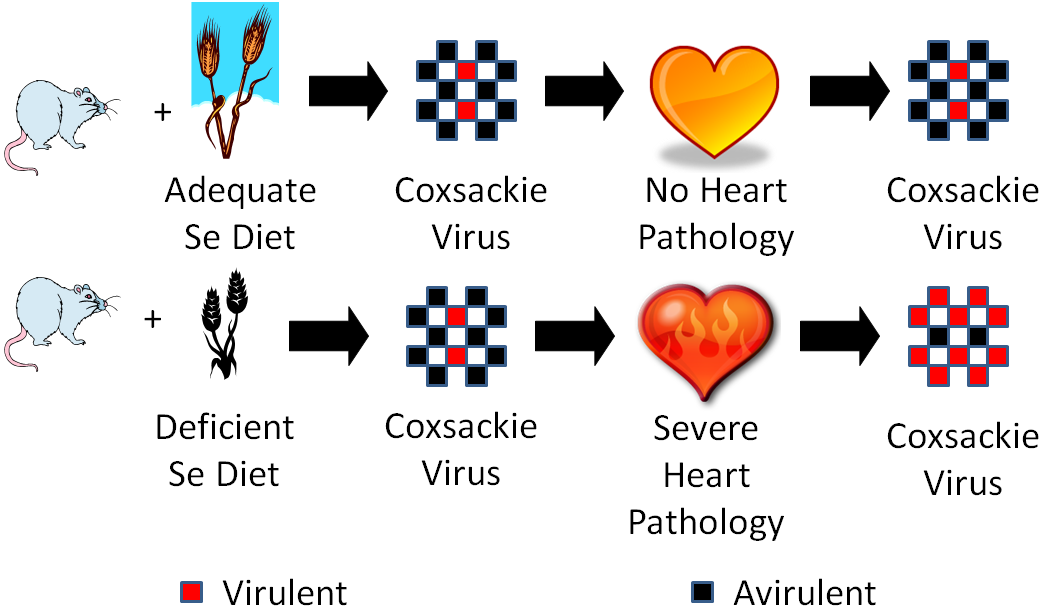 One group of mice was fed an adequate selenium diet and another group a deficient selenium diet. They were then infected with coxsackievirus that was mostly avirulent, but also contained some virulent viruses. A virulent virus is one that causes a disease, and an avirulent virus is one that doesn’t cause a disease (some vaccines use avirulent viruses). After a period of time, they found that the selenium deficient animals developed severe heart pathology, while the selenium adequate animals did not develop heart pathology. They then isolated the virus from the hearts of the mice from both groups and found that the coxsackievirus from the deficient animals hearts had become mostly virulent3. They then took it one step further as shown in the figure below.

Who cares? Research has found similar results with vitamin E. Researchers are also examining the effects on other viruses such as influenza (flu) and HIV. If they find a similar phenomenon occurring in other viruses, it means that you and your friend who eats a horrible diet (eats no fruit and vegetables) could be exposed to a virus. You don’t know you were exposed because your immune system fights off the virus. However, your friend gets sick. He/she can serve as a host in which the virus mutates making it more virulent, which when you’re exposed a second time, may make you sick.