There are four philosophical perspectives currently used in educational settings: essentialism, perennialism, progressivism, and social reconstructionism/critical pedagogy. Unlike the more abstract ontology and axiology, these four perspectives focus primarily on what should be taught and how it should be taught, i.e. the curriculum.

Essentialism adheres to a belief that a core set of essential skills must be taught to all students. Essentialists tend to privilege traditional academic disciplines that will develop prescribed skills and objectives in different content areas as well as develop a common culture. Typically, essentialism argues for a back-to-basics approach on teaching intellectual and moral standards. Schools should prepare all students to be productive members of society. Essentialist curricula focuses on reading, writing, computing clearly and logically about objective facts about the outside real world. Schools should be sites of rigor where students learn to work hard and respect authority.  Because of this stance, essentialism tends to subscribe to tenets of Realism.  Essentialist classrooms tend to be teacher-centered in instructional delivery with an emphasis on lecture and teacher demonstrations.

Perennialism advocates for seeking, teaching, and learning universal truths that span across historical time periods. These truths, Perennialists argue, have everlasting importance in helping humans solve problems regardless of time and place. While Perennialism resembles essentialism at first glance, perennialism focuses on the individual development of the student rather than emphasizing skills. Perennialism supports liberal arts curricula that helps produces well-rounded individuals with some knowledge across the arts and sciences. All students should take classes in English Language Arts, foreign languages, mathematics, natural sciences, fine arts, and philosophy. Like Essentialism, Perennialism may tend to favor teacher-centered instruction; however, Perennialists do utilize student-centered instructional activities like Socratic Seminar, which values and encourages students to think, rationalize, and develop their own ideas on topics.

Progressivism focuses its educational stance toward experiential learning with a focus on developing the whole child. Students learn by doing rather than being lectured to by teachers. Curriculum is usually integrated across contents instead of siloed into different disciplines. Progressivism’s stance is in stark contrast to both Essentialism and Perennialism in this manner. Progressivism follows a clear pragmatic ontology where the learner focuses on solving real-world problems through real experiences. Progressivist classrooms are student-centered where students will work in cooperative/collaborative groups to do project-based, expeditionary, problem-based, and/or service-learning activities. In progressivist classrooms, students have opportunities to follow their interests and have shared authority in planning and decision making with teachers. 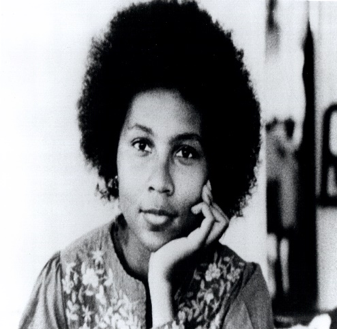 Social reconstructionism was founded as a response to the atrocities of World War II and the Holocaust to assuage human cruelty. Social reform in response to helping prepare students to make a better world through instilling democratic values. Critical pedagogy emerged from the foundation of the early social reconstructionist movement. Critical pedagogy is the application of critical theory to education. For critical pedagogues, teaching and learning is inherently a political act and they declare that knowledge and language are not neutral, nor can they be objective. Therefore, issues involving social, environmental, or economic justice cannot be separated from the curriculum. Critical pedagogy’s goal is to emancipate marginalized or oppressed groups by developing, according to Paulo Freire, conscientização, or critical consciousness in students. Critical pedagogy de-centers the traditional classroom, which positions teacher at the center. The curriculum and classroom with a critical pedagogy stance is student-centered and focuses its content on social critique and political action.

Paulo Freire, bell hooks (note: bell hooks intentionally does not capitalize her name, which follows her critical stance that language, even how we write one’s own name, is political and ideological.)