When people think of corporations, they typically think of major, well-known companies, such as Apple, Alphabet (parent company of Google), Netflix, IBM, Microsoft, Boeing, and General Electric. But corporations range in size from large multinationals with thousands of employees and billions of dollars in sales to midsize or even smaller firms with few employees and revenues under $25,000.

A corporation is a legal entity subject to the laws of the state in which it is formed, where the right to operate as a business is issued by state charter. A corporation can own property, enter into contracts, sue and be sued, and engage in business operations under the terms of its charter. Unlike sole proprietorships and partnerships, corporations are taxable entities with a life separate from their owners, who are not personally liable for its debts.

When launching her company, Executive Property Management Services, Inc., 32-year-old Linda Ravden realized she needed the liability protection of the corporate form of business organization. Her company specialized in providing customized property management services to mid- and upper-level corporate executives on extended work assignments abroad, often for three to five years or longer. Taking care of substantial properties in the million-dollar range and above was no small responsibility for Ravden’s company. Therefore, the protection of a corporate business structure, along with carefully detailed contracts outlining the company’s obligations, were crucial in providing Ravden with the liability protection she needed—and the peace of mind to focus on running her business without constant worry. Note that an LLC does not provide unlimited protection; you can still get in trouble for such things as mingling personal and business funds.[1]

It all started as a little surf shop in 1980 in Newport Beach, California. It wasn’t called PacSun then. It wasn’t even all that different from other shops carrying surfboards and wax, except for one thing. The founders had a better idea.

During Southern California’s wet, cool winters, the beaches got empty, and the surf store business went dry. Where did everyone go? To the mall, of course. Their idea—to be the first surf shop to move into California’s popular mall locations—worked. The company soon grew to 21 stores, selling such popular name brands as Billabong, Gotcha, CatchIt, Stussy, and Quiksilver, as well as its own private-label brands.

What began as a little surf shop became a leading mall-based specialty retailer in the fast-growing surf, skate, and hip-hop apparel markets. With close to a thousand stores in the United States and Puerto Rico and sales topping $1 billion, how did the founders make the leap from selling and waxing surfboards to being a major player in the youth apparel market? How has Pacific Sunwear of California, Inc. (http://www.pacsun.com) succeeded when thousands of other clothing companies failed?

“We listen and we change,” says the CEO of Pacific Sun. “The kids have the answers, so we listen to get the trends, the solutions, and find out what we are doing right.” To remain on the cutting edge of teen tastes, the company hosts an open house every Wednesday at its corporate headquarters in Anaheim, California, where vendors present their wares to PacSun’s savvy team of buyers. Being able to distinguish between short-lived fads and actual trends is important when making merchandise choices. The company’s focus on “active brand management” is what kept its sales climbing.

The founders’ philosophy had served their business well. In 1993, the 60-store company sold stock to the public. It had grown to over 1,000 stores in 50 states and Puerto Rico, with 12,000 employees. The company’s PacSun stores cater to a completely different customer than its d.e.m.o. hip-hop stores. In April 2006, PacSun launched its third concept, One Thousand Steps, a footwear store.

With changing trends and online shopping challenges facing many brick-and-mortar retailers, companies such as Wet Seal and Quicksilver filed for bankruptcy in 2015, and PacSun filed for bankruptcy in April 2016. At the time of bankruptcy filing, the company had 593 PacSun stores employing approximately 2,000 employees. In September 2016, PacSun emerged from the bankruptcy after it cut debt and closed stores. The company also turned over all of its stock to the private equity firm Golden Gate Capital, its senior lender.

As its business took off, PacSun successfully made the leap from the small sole proprietorship form of business organization to corporate retailing giant. Facing changing trends and technologies, the firm hit a bump in the road and is working hard to reestablish. The company is indeed a thousand steps away from its humble beginnings.

Corporations play an important role in the U.S. economy. As (Figure) demonstrated, corporations account for only 18 percent of all businesses but generate 81 percent of all revenues and 58 percent of all profits. Company type and size vary; however, when you look at the top companies by revenue in the United States or globally, they include many familiar names that affect our daily lives.

Setting up a corporation is more complex than starting a sole proprietorship or partnership. Most states base their laws for chartering corporations on the Model Business Corporation Act of the American Bar Association, although registration procedures, fees, taxes, and laws that regulate corporations vary from state to state.

Exhibit 4.2 Incorporated in 1969, Walmart is one of America’s most popular retail stores. Opened as Walmart Discount City by retailer Sam Walton in 1962, the retailer quickly established a strong brand image. Today, Walmart operates in more than 28 countries, and the Walmart icon is among the most recognizable trademarks in all of business. What steps must companies take to become incorporated? (Credit: Mike Mozart/ Flickr/ Attribution 2.0 Generic (CC BY 2.0))

A firm does not have to incorporate in the state where it is based and may benefit by comparing the rules of several states before choosing a state of incorporation. Although Delaware is a small state with few corporations actually based there, its procorporate policies make it the state of incorporation for many companies, including about half the Fortune 500. Incorporating a company involves five main steps:

The state issues a corporate charter based on information in the articles of incorporation. Once the corporation has its charter, it holds an organizational meeting to adopt bylaws, elect directors, and pass initial operating resolutions. Bylaws provide legal and managerial guidelines for operating the firm.

As (Figure) shows, corporations have their own organizational structure with three important components: stockholders, directors, and officers.

Stockholders (or shareholders) are the owners of a corporation, holding shares of stock that provide them with certain rights. They may receive a portion of the corporation’s profits in the form of dividends, and they can sell or transfer their ownership in the corporation (represented by their shares of stock) at any time. Stockholders can attend annual meetings, elect the board of directors, and vote on matters that affect the corporation in accordance with its charter and bylaws. Each share of stock generally carries one vote.

The stockholders elect a board of directors to govern and handle the overall management of the corporation. The directors set major corporate goals and policies, hire corporate officers, and oversee the firm’s operations and finances. Small firms may have as few as 3 directors, whereas large corporations usually have 10 to 15.

The boards of large corporations typically include both corporate executives and outside directors (not employed by the organization) chosen for their professional and personal expertise. Outside directors often bring a fresh view to the corporation’s activities because they are independent of the firm.

Hired by the board, the officers of a corporation are its top management and include the president and chief executive officer (CEO), vice presidents, treasurer, and secretary, who are responsible for achieving corporate goals and policies. Officers may also be board members and stockholders. 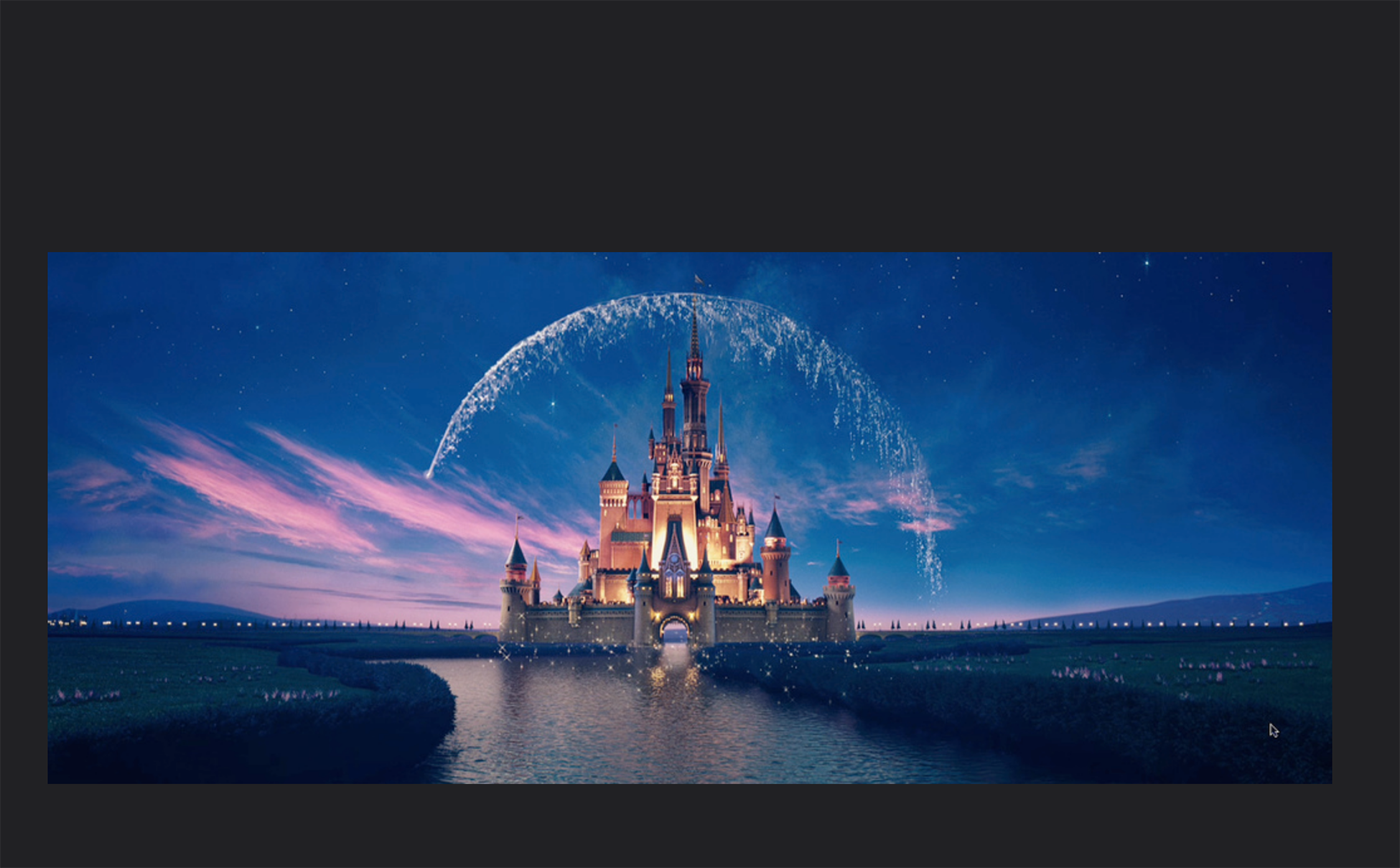 Exhibit 4.3 When Walt Disney cast his now-famous mouse as Steamboat Willie back in the 1920s, he had little idea that his animation project would turn into one of the largest entertainment companies in the world. The house that Walt built, with its magical theme parks, movie studios, and product lines, is overseen today by visionary directors with accomplished backgrounds in media, technology, and government. What important tasks and responsibilities are entrusted to Disney’s board of directors? (Marc Levin/ Flickr/ Attribution 2.0 Generic (CC BY 2.0))

The corporate structure allows companies to merge financial and human resources into enterprises with great potential for growth and profits: 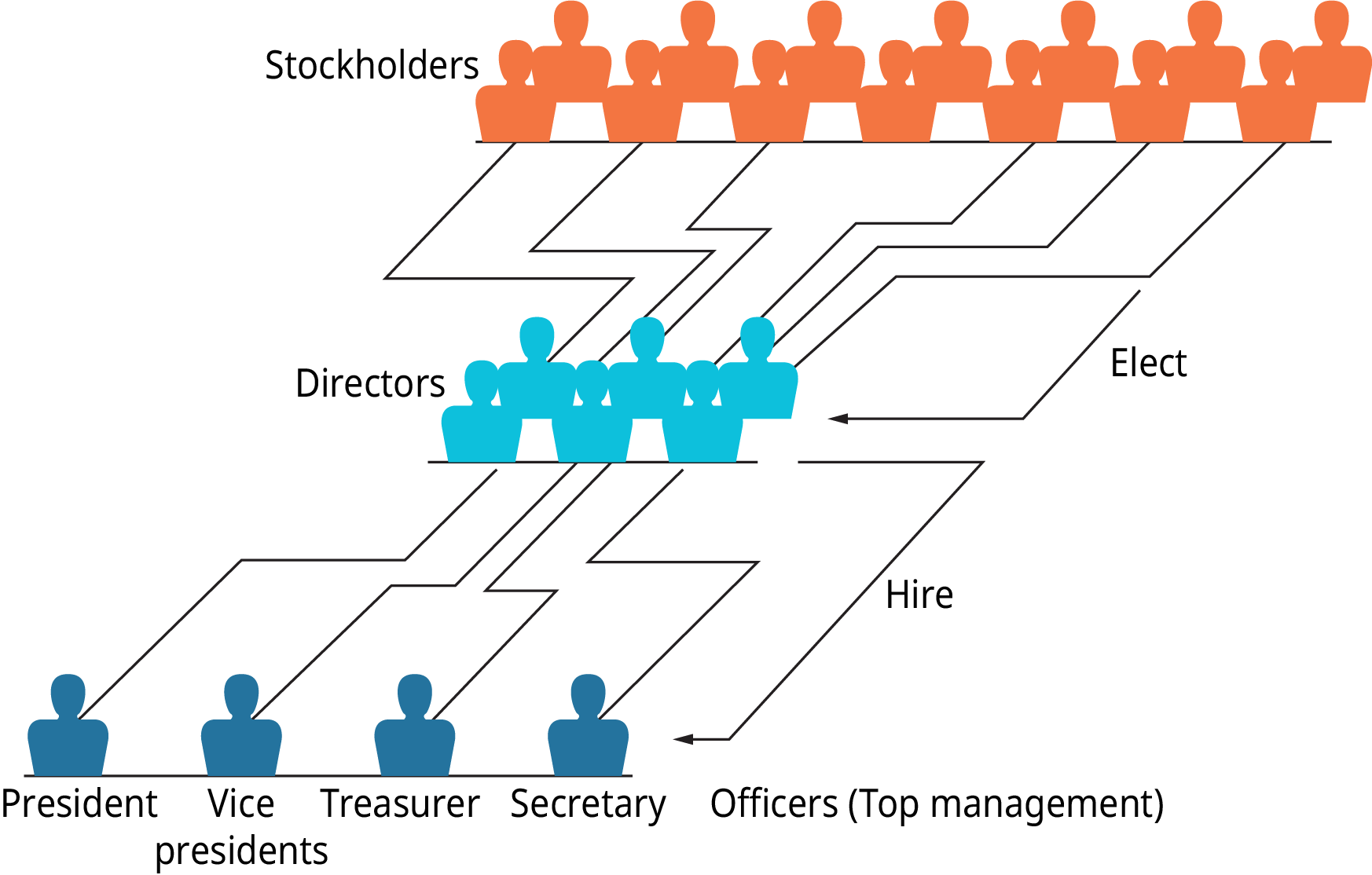 Although corporations offer companies many benefits, they have some disadvantages:

The C corporation is the conventional or basic form of corporate organization. Small businesses may achieve liability protection through S corporations or limited liability companies (LLCs).

A newer type of business entity, the limited liability company (LLC), is also a hybrid organization. Like S corporations, they appeal to small businesses because they are easy to set up and not subject to many restrictions. LLCs offer the same liability protection as corporations as well as the option of being taxed as a partnership or a corporation. First authorized in Wyoming in 1977, LLCs became popular after a 1988 tax ruling that treats them like partnerships for tax purposes. Today all states allow the formation of LLCs.

(Figure) summarizes the advantages and disadvantages of each form of business ownership.

A corporation is a legal entity chartered by a state. Its organizational structure includes stockholders who own the corporation, a board of directors elected by the stockholders to govern the firm, and officers who carry out the goals and policies set by the board. Stockholders can sell or transfer their shares at any time and are entitled to receive profits in the form of dividends. Advantages of corporations include limited liability, ease of transferring ownership, unlimited life tax deductions, and the ability to attract financing. Disadvantages include double taxation of profits, the cost and complexity of formation, and government restrictions.

board of directors
A group of people elected by the stockholders to handle the overall management of a corporation, such as setting major corporate goals and policies, hiring corporate officers, and overseeing the firm’s operations and finances.

corporation
A legal entity with an existence and life separate from its owners, who are not personally liable for the entity’s debts. A corporation is chartered by the state in which it is formed and can own property, enter into contracts, sue and be sued, and engage in business operations under the terms of its charter.

C corporation
A conventional or basic form of corporate organization.

limited liability company (LLC)
A hybrid organization that offers the same liability protection as a corporation but may be taxed as either a partnership or a corporation.

S corporation
A hybrid entity that is organized like a corporation, with stockholders, directors, and officers, but taxed like a partnership, with income and losses flowing through to the stockholders and taxed as their personal income.

stockholders (or shareholders)
The owners of a corporation who hold shares of stock that carry certain rights.