2.3. How to judge hybridization of an atom

Hybridization is a simple model that deals with mixing orbitals to from new, hybridized, orbitals. This is part of the valence bond theory and helps explain bonds formed, the length of bonds, and bond energies; however, this does not explain molecular geometry very well.

The hybrid orbitals used (and hence the hybridization) depends on how many electron groups are around the atom in question.  An electron group can mean either a bonded atom or a lone pair.  Examples are shown for carbon; nitrogen and oxygen are similar, with lone pairs taking the place of single bonds:

However, there is an even easier way to judge the hybridization:

SIMPLE WAY to work out hybridization

This is a simple way to find out the hybridization for an atom of carbon, nitrogen or oxygen.

Look at the structure of thiamine diphosphate in the ‘structures of common coenzymes’ table.  Identify the hybridization of all carbon atoms in the molecule. 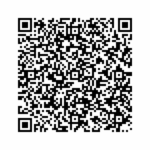 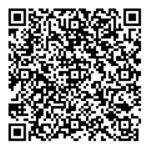