As we make observations, form opinions, and make judgments in the workplace—something every manager must do—we rely significantly on our perception. This is the process through which we take in and process information from our surroundings: what we see, hear, feel, etc.

Though you might think that you can trust information you take in with your own eyes and ears, you might be surprised sometimes to find out how that information can become distorted. Our feelings, emotions, desires, and values can lead us to perceive things in a less than objective way. For example, studies have found that people who are afraid of spiders tend to exaggerate their size.[1]

Further, even when we do process sense-based information in an objective way, we often tend to engage in a process called attribution, which means we look for the unseen cause behind what we see. For instance, if a coworker is late to a meeting (the observable information), we might make an assumption about why he is late. We might attribute it to the coworker’s poor character and lack of responsibility. In that case, we are making a negative attribution to an internal cause. However, if we think well of the coworker, we might assume that something unexpected and unavoidable delayed him. In that case, we are making an external attribution that would reflect a positive view of the individual. In either case, the attribution is not based on an observable cause, and we are going beyond the information provided to us by our senses.

Though we should strive to be as fair in judgment as possible, the reality is that we all have biases that affect our judgments. Managers are certainly no exception to this rule, and a number of common biases affect how they evaluate their employees. Some of the most common are stereotypes, selective perception, confirmation bias, first impression bias, recency bias, spillover bias, ingroup bias, and similarity bias.

A stereotype is a general opinion or assumption about a class of individuals who share a particular trait. We often have general feelings or ideas about people based on their gender, ethnic background, or age. When we form opinions or make judgments about people based on a preconceived image of people with that trait, we are not being fair and objective.

Many people have negative feelings about people of different ethnicities than themselves and treat them in a less positive manner than people like themselves. Women have also often been negatively affected by stereotypes. The workplace is not an exception to that tendency. When managers make hiring decisions or give performance reviews, for example, they are too often influenced by gender or ethnic considerations. 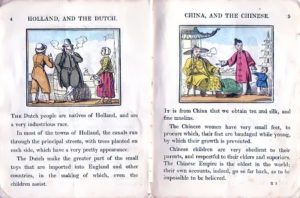 Ethnic stereotyping comes in many forms, some of which are more dangerous than others.

Age is another categorizing characteristic that is too often used in stereotypical ways. Suppose a manager is looking for a new employee for his team. He believes that company loyalty and respect for authority is very important in this new hiring decision. As he sorts through applications, the manager pays close attention to the age of each applicant. He decides not to consider any applicants who are a part of the “Generation X” age category because that generation has a reputation for not being loyal and not having high respect for authority. This type of decision-making process stereotypes people by age and does harm to applicants and the hiring organization both. Applicants of that generation are not given fair consideration for the position, and the organization may well miss out on the best applicant.

Stereotypes can also be made in such a way as to lead to favorable treatment of individuals. Though not all studies agree, many have suggested, for example, that more attractive people tend to receive better grades in school, have a higher likelihood of being hired for a job, and also earn more money on average. Also, some professionals receive more respect and better treatment simply because they are older, the assumption perhaps being that they are more experienced and thus better qualified.

Managers can also exhibit bias in their perception by unknowingly paying attention to only a portion of the information available to them, which is known as selective perception. For example, perhaps a manager has a keen interest in and enjoys talking about financial data. An employee owes the manager three reports, only one of which is about finances. The employee turns in two well-prepared and helpful reports, but the financial report is obviously rushed and incomplete. If the manager focuses his attention on the poor quality of the financial report (simply because it is of special interest to him), ignoring the high quality of the other two, he is exhibiting selective perception. Three examples of the employee’s work are in front of him, and he pays attention to only a part of the evidence.

Selective perception often reinforces other types of biases. If a manager has a negative opinion of an individual, he or she might be prone to pay more attention to negative behaviors or actions from that individual and ignore the positive actions that would contradict the opinion. When selective perception is employed to confirm existing opinions, it is known as a confirmation bias.

Managers are also selective in many other ways, one of which involves giving too much prominence to their first impression of an employee. In this situation, the initial judgments the manager makes about the employee, often with very limited information, shape and control how he or she interprets and views future evidence. Even when the future information would seem to contradict the initial picture, the manager might be unwilling to change the perspective.

The ingroup bias is basically a way in which managers might tend to show favoritism in judgment. Those who have been fortunate enough to be accepted in the manager’s “in” circle receive special positive judgments, while those not in that circle do not. The strength of this influence can vary dramatically, of course, and it may or may not be true that an actual negative perspective is displayed toward those not in the group.

Within the organizational environment, biases such as these are most often negative influences. Openly discussing the dangers of these biases can be a helpful step in identifying and removing or preventing them.

If such biases are present, they generally have a negative impact on employee attitude and behavior. At the very least, employees can be forced to work extra hard to overcome the unfair biases. This can lead to resentment on the part of those employees. More often, however, the employees find that they do not overcome those biases and grow discouraged at the prospects of never being given a fair opportunity. Studies have shown that employees who labor under negative biases tend to underperform as a result.[2]

Also, even biases that might seem positive can actually have a negative impact. If a manager is prone to think too positively about an employee, he might overlook significant faults and dangerous behaviors that need to be addressed. These behaviors can lead to serious mistakes and problems for the organization that could have been prevented with a more objective evaluation process. Also, if an employee realizes that he or she will be given special, positive evaluations, this can lead him or her to give slightly less effort and demonstrate lower levels of commitment to excellence. The employee might feel it unnecessary to provide the highest level of work possible, knowing that he or she will still be given positive feedback and evaluation regardless.