Using objective facts as the supporting basis for decisions seems like a sensible approach. However, there is a way to do this that still leaves far too much room for error. Having looked at objective data, it is still far too easy and common to posit unproven theories to explain the data, identify causes, and predict future outcomes. Even if the data itself is reliable, how that data is used remains a key consideration. This is where the idea of “evidence-based” decision making becomes central.

This calls for a different type of data collection and analysis. There is today an increased focus on scientific experimentation—or at least as close to scientific as circumstances will allow—to test theories and provide evidence about the effectiveness of different approaches to problems and different business strategies.

The medical field provides an example of an area where evidence-based decision making is clearly valuable. Medical professionals work with much scientific and objective data about the health conditions of their patients, but many professionals believe that many medical practices have too long been subjective in nature. Given the same set of conditions, one doctor might prescribe one treatment whereas another doctor might prefer another. The question becomes that of which treatment has been shown to be most effective in actual practice. By relying on actual evidence of this sort, much of the uncertainty about treatment practices can be removed. 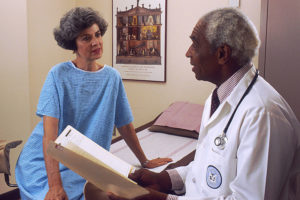 A doctor consults with a patient

Of course, physical health is a complex matter that involves many factors, just as business situations are. Identifying the significance of all the factors involved and finding parallel situations to use as evidence can remain very challenging. Still, evidence-based principles provide one more helpful tool in guiding the decision-making process.

In today’s business environment, those who take an analytical and evidence-based approach have at least one significant advantage: there is plenty of material for them to work with. One of the main reasons people have not relied on evidence-based decision making as strongly over the years is that the evidence simply did not exist or was not accessible. Today, however, the advance of technology has resulted in previously unparalleled amounts of data that can be collected, shared, organized, and analyzed in ways never before imaginable.

This dramatic increase in the availability of data has led to the rapid development and maturation of the field of data analytics. Much attention has been given to the science of how to analyze this data in a useful way. 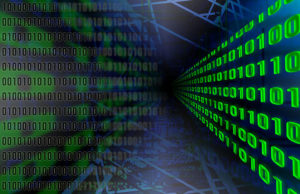 Today’s massive sets of data are commonly referred to as “big data.”

The most basic type of data analytics is known as descriptive analytics. The focus of this type of analytics is simply to understand and describe what has taken place as revealed by data sets. The analyst attempts to explain what the data reveals about the events that have occurred, the relationships between different events and market forces, and why the numbers are what they are.

Though this sounds simple enough, the vastness of the data sets makes it rather a tall order to accomplish. Turning almost endless matrixes of numerical data into sensible patterns of interrelated and explainable trends can be a daunting task. However, the same technological power that has made the collecting of such data sets possible has also been harnessed to aid in analyzing that data.

There is another step beyond the basic analytical goal of explaining what the data reveals, though. What if an understanding of past events and trends could be used to predict the most likely outcomes of future data sets and events? If current trends are identified and projected to continue in the future, decision makers will have access to rich insight that can aid their cause. This work of projecting future trends is known as predictive analytics, and although it still obviously remains only a best guess about the future, it is grounded in objective facts and trends and can provide a greater degree of likelihood as a result.

The practice of predictive analytics should also be subjected to the discipline of evidence-based principles. That is, not only should guesses be made about the likelihood of future outcomes based on present trends, but also those predictions should be verified by actual examples from similar situations in the past—as much as possible, at least. When data from many situations has common trends that end up leading to similar outcomes, the consistent pattern provides strong evidence for future results under similar conditions and trends.