Putting It Together: Globalization and Business 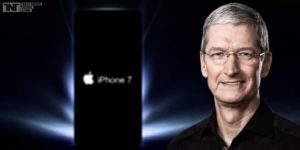 Let’s return to our case study regarding Apple’s global supply chain. It is interesting to see how many different countries are represented in Apple’s supply chain related to the production of the iPhone. Although the company releases little data about its suppliers, it is estimated that iPhone production involves hundreds of suppliers in more than twenty countries.

For example, the gyroscope that allows you to move your phone around and change a picture from vertical to horizontal is made in France and Italy. A division of Sharp in Japan makes the retina displays for a couple of models. Other corporations in Taiwan, Singapore, and Korea produce additional key components. Finally, all the parts are shipped to China and assembled by Foxconn into a saleable unit.

As you learned in this module, there are both opportunities and risks associated with globalization.  Apple’s CEO, Tim Cook, was the head of operations and supply chain before assuming the top role at the company. He has determined that the benefits of a globally diversified supplier network outweigh the potential risks. It’s hard to argue with him given the company’s amazing success.

One of the answers to that question is taxes. Another interesting facet of global business management is the implication of international tax structures. Apple currently pays approximately 2 percent on its overseas profits, but that would increase to about 35 percent for U.S.-made phones. So globalization applies to financial management as well.[1]

In summary, if you’re going to learn about management, your studies must be global in nature. The concepts that you have reviewed in this module will apply in practically every imaginable business, no matter its size. Having a good understanding of these trends will only become more important with time.