Decision trees are useful tools, particularly for situations where financial data and probability of outcomes are relatively reliable. They are used to compare the costs and likely values of decision pathways that a business might take. They often include decision alternatives that lead to multiple possible outcomes, with the likelihood of each outcome being measured numerically.

How to Construct a Decision Tree

A decision tree is a branched flowchart showing multiple pathways for potential decisions and outcomes. The tree starts with what is called a decision node, which signifies that a decision must be made. 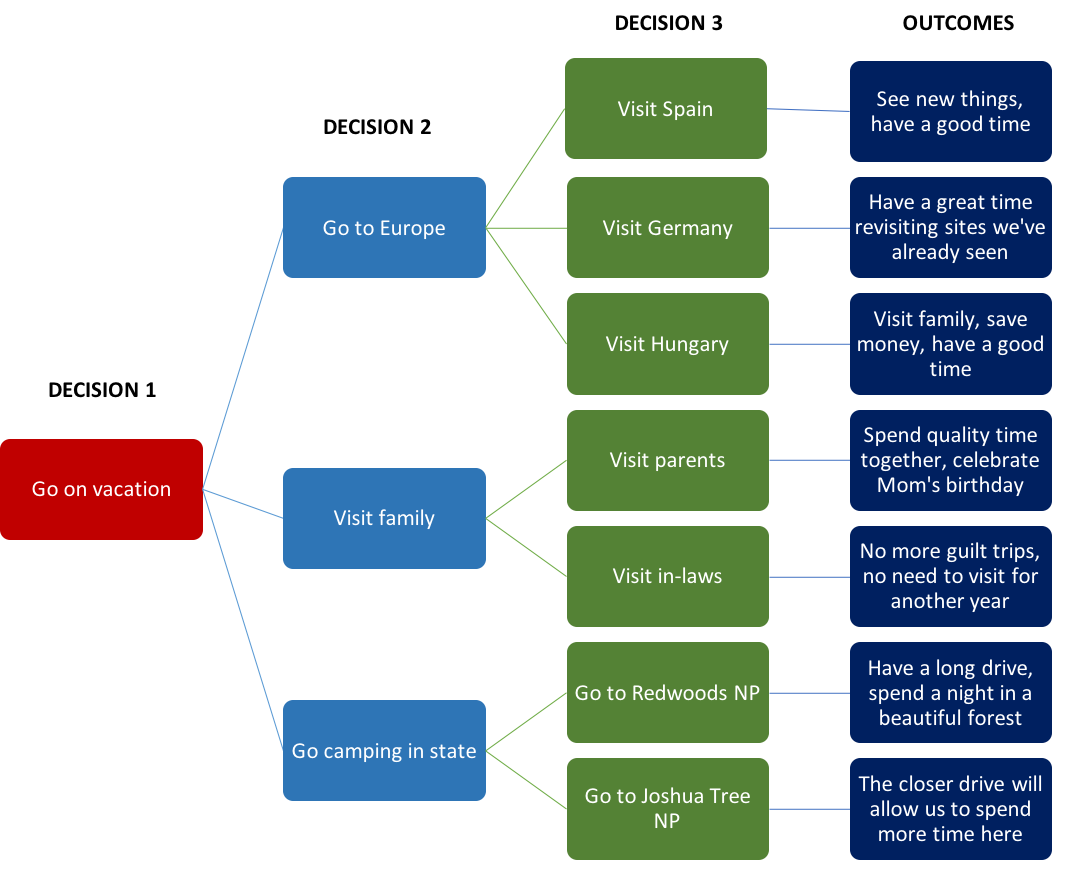 An example of a decision tree

Eventually, each pathway reaches a final outcome. The decision tree, then, is a combination of decision nodes, uncertainty nodes, branches coming from each of these nodes, and final outcomes as the result of the pathways.

How to Make Calculations with a Decision Tree

First, each decision usually involves costs. If a company decides to produce a product, engage in market research, advertise, or any other number of activities, the predicted costs for those decisions are written on the appropriate branch of the decision tree. Also, each pathway eventually leads to an outcome that usually results in income. The predicted amount of income provided by each outcome is added to that branch of the decision tree.