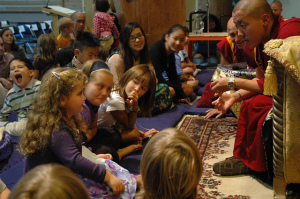 This chapter has discussed a number of important aspects of language that good speakers should always consider. It is important for speakers to remember the power of language and to harness that power effectively, yet ethically. We’ve discussed the relationship between the language we use and the way we see the world, the importance of using language that is clear, vivid, stylized, ethical and that reflects well on you as the speaker.

The difference between choosing one word over another can be as significant as an audience member remembering your presentation or forgetting it and/or an audience turning against you and your ideas. Taking a few extra moments to add some alliteration or to check for language that might offend others is time very well spent. The next time you have to write or speak about an issue, remember the importance of language and its impact on our lives— carefully consider what language will you use and how will those language choices make a difference in how your audiences defines and understands your topic.